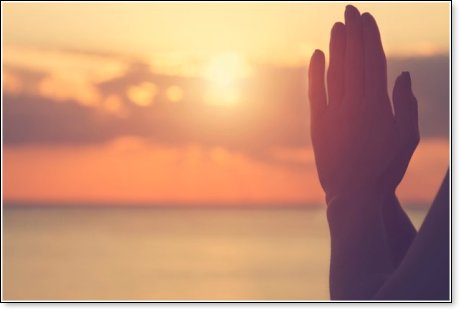 Martin Luther once said, “None can believe how powerful prayer is, and what it is able to effect, but those who have learned it by experience.” All that recently witnessed what happened at a protest in Johnston County, North Carolina, over the wrongful death of George Floyd, can testify to prayer’s power.

According to the Johnstonian News, protestors gathered in Smithfield. They were cordially met by Sheriff Steve Bizzell and other elected leaders on the courthouse steps. Bizzell welcomed the demonstrators, saying, “We understand why you are here. We want you to be seen and be heard, but let’s be peaceful too.”

The march was peaceful all the way, said Bizzell. Except when it ended in neighboring Selma, protestors were reluctant to leave the streets. Bizzell noted that law enforcement showed patience for a while but eventually had to urge protestors to get out of the road kindly. “It’s dangerous to you and the motoring public,” Bizzell implored.

When the crowd still wouldn’t clear the streets, the Johnston County Sheriff’s Department’s armored vehicle drove up underneath a traffic light where it could be easily seen, and Bizzell announced for all to hear: “If you don’t get out of the road, we’re going to have to expel some gas here.”

What the Johnstonian News described happened next, Bizzell referred to as nothing less than divine intervention:

“‘All of a sudden this guy shows up,’ the Sheriff said. ‘He was a young black gentleman, and he shows up in the crowd and pretty much says, ‘Hey, I want to pray for y’all.’

“At the young man’s request, law enforcement and protestors joined hands, and he prayed for them,’ Bizzell said. ‘Afterward, he asked everybody to get out of the street, and everybody got out,’ the Sheriff said. ‘Fifteen minutes later, we cleared the scene.’

“Bizzell said he thanked the young man, assuming he was a pastor. ‘He said, ‘I’m not a pastor,’ Bizzell said. ‘He said, ‘I was a guy who was led here to pray for this group tonight.’”

The Sheriff said that if prayer had not worked at that moment as it did, the Sheriff’s Department would have been forced to act to protect life and property. “Everybody went home safe. It was just a blessing that it ended like it did,” Bizzell told the newspaper.

One of the most powerful verses in the Bible is James 5:16, which reads:

“Confess your faults one to another, and pray one for another, that ye may be healed. The effectual fervent prayer of a righteous man availeth much.”

No time, not even during the era for civil rights during the 1960s, was there a period more divisive for America than the Civil War. It literally tore the nation apart.

Isn’t it somewhat ironic that during that time, Henry B. Whipple, Bishop of the Episcopal Diocese of Minnesota, the same state where George Floyd was brutally murdered a couple of weeks ago, issued a call to prayer? Interestingly, Whipple was well known for championing the cause of Native Americans in Minnesota, which he contended were often victims of corrupt government policies and unjust treatment.

Although Whipple’s call to prayer was written in April of 1861, its words are pertinent to the divisions which afflict us today. He wrote:

“Everything which the Christian patriot holds dear is in jeopardy. Our country’s flag is dishonored. Our government is defied. Our laws are broken. Bitterest hatred is kindled between sections of a common country. Brother is arrayed against brother… Every tie of party, friendship, and kindred sinks into insignificance before the impending danger…

“The duty is no less plain, as followers of Jesus Christ, to seek and pray for peace. Let us, therefore, be careful that no word or deed of ours fans the flame of discord. Let us ever have the olive-branch in our hands and the love of God in our hearts. Let the memory of happier days tell us of the time when our fathers stood shoulder to shoulder in fighting the battles of freedom.

“Disobedience to God, irreverence for his holy name and word, disloyalty to government, and disregard of the law, are the causes which have brought the nation to the verge of ruin, and of which no portion of the land is guiltless.

“I earnestly beseech you, therefore, in this day of common sorrow, to turn all your hearts unto God. Let our churches be vocal with prayer; let our closets witness our devotions; let us not look to any arm of flesh, but to God, who alone can deliver us from our peril…”

Whipple then set forth a suggested prayer, which he urged all the churches of the Diocese of Minnesota to use. Perhaps this same prayer could be used to help us pray about our current political unrest. It’s most fitting. Admittedly, I’ve revised it a bit, but only where the words referenced the Civil War.

Almighty and everlasting God, our only refuge in the hour of peril, look with pity upon the desolations of our beloved country. Our sins have called for thy righteous judgments. We confess our guilt and bewail our transgressions. O Lord, in thy judgment, remember mercy. Take away from us all hatred and strife. Spare us, for thy Church’s sake, for the sake of thy dear Son, from the calamities which have fallen upon us. Give thy Holy Spirit to our rulers, that they may, under thy protection, save this great nation from anarchy and ruin. Preserve them from all blindness, pride, prejudice, and enmity. Give unto the people unity, a love of justice, and an understanding heart. Restrain the wrath of man, and save the effusion of blood. Bring again the blessings of peace, and grant unto us a heart to serve thee and walk before thee in holiness all the days of our life. These things, which we are not worthy to ask, we humbly beg, for the sake of thy dear Son our Lord and Savior, Jesus Christ. Amen.

One might argue that Whipple’s prayer didn’t stop the Civil War. Let’s remember, however, that sometimes the wheels of justice turn slowly. And rarely, if ever, is justice ushered in by vengeful violent hands, but instead the folded hands of prayer.

Voices from the present and the past call us to prayer at this momentous time in our nation’s history. Experience shows that when we pray with repentant and pure hearts, God is inclined to hear and respond with grace.

Moreover, it doesn’t take a vast number to pray to make a difference. Sometimes, only one fervent prayer can change everything. What is needed, however, are prayers of faith – the kind of faith which believes that nothing is too hard for the Lord – the type that believes that the change needed may begin within one’s own heart.

So let us pray!