Rev. Mark H. Creech
Father's Day: One of the holiest days of the year 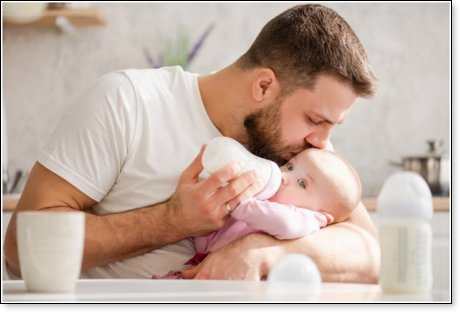 A second-grade class was asked to write about their personal heroes. A father of one of the girls in the class was surprised and flattered to discover that she had chosen him. "Why did you pick me?", he asked her later. "Because I couldn't spell Arnold Schwarznegger," she replied.

So the sentiment behind Father's Day no longer seems that consequential.

This is especially true when much of the culture claims it doesnt matter anymore what form the family takes. Out with the traditional and in with the new, they say. One kind of family is no better than another. It's become quite complicated.

There is a sense in which the role of the father has, more often than not, been underestimated for decades. In fact, the idea of a national Father's Day was slow to catch on. The first Father's Day observance took place in Spokane, Washington, and was celebrated by the churches in that city on June 19, 1910. In 1924, President Calvin Coolidge urged the nation to honor its Dads and "impress upon fathers the full measure of their obligations." But it wasn't until 1972 that President Richard Nixon signed a law officially recognizing the third Sunday in June as Father's Day.

Yet I will venture to say something striking. Father's Day is one of the holiest days of the year. The only other days equal to it, certainly in the ecclesiastical and even in the civil, are Mother's Day, Christmas, and Easter.

First, children base their concept of God, a Heavenly Father, in what they see in their earthly fathers. Studies have shown that they are inclined to see God in the same context, good or bad, that they saw their Dads.

This week I noticed a Facebook post by a woman whose father passed away a few years ago. She wrote:

"My life with my earthly Father helped me recognize this foundational truth: God, in all His power and glory, is best understood as a loving, intimate Father! My relationship with my earthly Father was the foundation of this understanding for me. He lovingly corrected me. He provided for my needs. He was a source of wisdom, and he ALWAYS welcomed me back, no matter what I had done. Thank you, Daddy, for the beautiful picture of God's character – not distant, not an impersonal ruler, but a warm and welcoming Daddy. Happy Father's Day to my Daddy and the sweet, precious memories he left me with."

Second, fatherhood is not just about siring children but being actively involved in a child's development. It's essential to national health and security.

Indeed, on it profoundly goes, and in more ways than most people understand.

"Where government in the home succeeds, then the government of the nation is revered and obeyed. Where God's blessing is on the individual home, it will be upon the nation. It is a well-known fact of history that when the home decays, the government and national integrity decay likewise. But when a nation teaches its children to revere father and mother, to obey them, that nation is blessed."

Truer words have never been spoken. But it's difficult, if not impossible, to revere a father who is never around or disengaged from his family. The consequences of absentee fathers are catastrophic for society on numerous levels.

"There is a crisis in America. According to the U.S. Census Bureau, 19.7 million children, more than 1 in 4, live without a father in the home. Consequently, there is a father factor in nearly all of the societal ills facing America today. Research shows when a child is raised in a father-absent home, he or she is affected in the following ways...

Think about it. Hardly any strata of society are exempt from being negatively impacted by such statistics: Poverty, education, public health and safety, the nature of future citizenship, "and on it goes."

This is why I suggest that Father's Day is one of the holiest days of the year. No nation can long survive without effective fathers. The father is the backbone of the home and a civilized society. His role should be pressed upon the national conscience with vigor.

Finally, allow me to make one other critical point. It may be that someone reads this and says, "I am one of those persons who didn't have a father in my life." Or maybe someone says, "My father was not a good man or a good father to me."

Dr. J. Wilbur Chapman was a renowned Presbyterian evangelist during the late 19th century who held meetings across the United States. At one of his meetings, a man rose to share something incredible with the crowd. He said that he had been a homeless man, a vagrant, traveling from place to place. "I begged on the streets for a living," he said. "One day, I touched a man on the shoulder and said, 'Mister, please give me a dime.' As soon as I saw his face, I recognized my father. 'Father, don't you know me?' I asked. Throwing his arms around me, he cried, 'I have finally found you after these many years; all that I have is yours.' Think of it, me, a tramp, standing there begging my father for ten cents, when for eighteen years he had been looking for me to give me everything he was worth!"

If you have never received Christ as your Savior, if you have never entered into a personal relationship with God through Him, then God is earnestly pursuing you. He wants to be the perfect Father you never had. He offers to give to you all of his unsearchable riches.

Why wait any longer. Turn away from your sins and let Christ, the Son, show you, God, the Father.