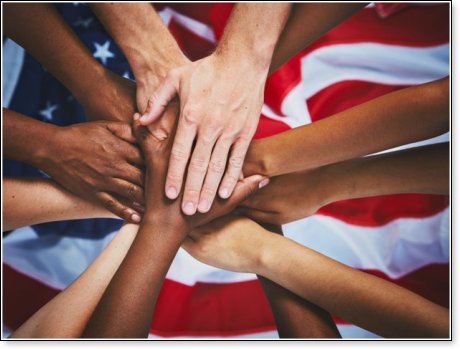 There is violence throughout our land, and most of it in the name of eradicating racism. Any statue with the slightest perception of some racist association or history is either spray-painted with profane graffiti or pulled to the ground. Public buildings and businesses have been ransacked, looted, or burned. A Black Lives Matter leader from New York declares on national television that if the U.S. “doesn’t give us what we want, then we will burn down this system.”

Is this the way to advance racial justice in America? Not according to two of the most iconic black leaders of the past.

Frederick Douglas, a former slave who became a commanding abolitionist, had a profound influence in moving the nation away from slavery.

One night as a young slave boy, he heard the mistress of the house, a woman who was a devout Methodist, reading aloud from the book of Job. Douglas was captivated by this biblical story of a man who suffered supremely – a man who lost everything – his livestock, his servants, and his children – but despite all his sufferings still trusted in God.

The mistress discreetly started teaching Douglas the alphabet, but the master of the house forbade it. So Douglas secretly taught himself from old hidden copies of Webster’s spelling book and Methodist hymnals. Over time, from his exposure to various sources of Christian materials, he came to understand the Gospel, his sin, and his need of Christ.

Douglas said that after his conversion to Christ: “I loved all mankind, slaveholder not excepted, though I abhorred slavery more than ever. I saw the world in a new light… I gathered scattered pages of the Bible from the filthy street gutters and washed and dried them, that in moments of leisure, I might get a word or two of wisdom from them.”

As he advanced in the faith by various means, Douglas became a prophet to his time with unquestionably the most eloquent voice against the wrongful subjugation of black people.

History tells us that Douglas believed that violence was proper under certain circumstances to end slavery because this was a state of war. Slavery, he thought, was the most grievous violation of humanity’s natural and God-given rights. 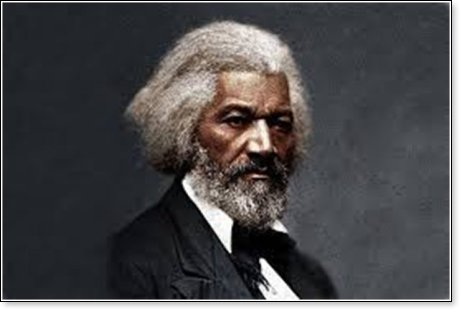 However, as historian Leslie Friedman Goldstein states it, Douglas considered “revolt was inappropriate once blacks had been brought under the protecting wing of the national government, made citizens, and given the precious power of suffrage [voting]…He acknowledged repeatedly that black retaliation by massive violence would be ‘madness.’ He advocated that they should turn to what was now their government and seek to persuade it to “work in defense of their lives, limbs, liberties, and properties.”

Although often a critic of his own country, Douglas still was a patriot.

What made Frederick Douglas a great emancipator was he had met the Great Emancipator, Jesus Christ. He might have rejected the Christian faith with bitterness because of the unfaithful witness of professing Christians who covered the infernal business of slavery under “the garb of Christianity.” Yet he said that he believed in redemption and rested on “the broad foundation laid by the Bible itself, that God has made of one blood all nations of men to dwell on all the face of the earth.”

David J. Lull, author of the book “King’s Vision of Justice: Rooted in the Bible,” rightly claims that “[i]t was the Bible that led” Martin Luther King, Jr. “to choose the more excellent way of love and nonviolent protest over hatred, despair, and violence.”

“Dr. King often pointed out that it was Jesus’ Sermon on the Mount that inspired the ‘dignified social action’ of the civil rights movement,” writes Lull. “His notion of ‘creative suffering’ borne by civil rights activists who endured persecution and police brutality – came from his Christian faith in the redemptive suffering of Jesus.” 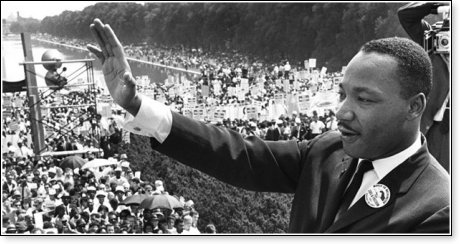 Lull adds that “Dr. King’s commitment to the Bible as his primary sourcebook was nourished in his childhood when Bible stories were told around the dinner table that held the King children in awe. Those stories sustained him until the end of his life.”

King himself suffered harassment, threats, and beatings. His family was often in danger. His house was bombed. He was wrongly imprisoned. Still, he said:

“If you will protest courageously, and yet with dignity and Christian love, when the history books are written in future generations, the historians will have to pause and say, ‘There lived a great people – a black people – who injected new meaning and dignity into the veins of civilization.”

So when another leader of the Black Lives Matter movement attempts to cancel Christ and the Cross by smearing both as symbols of White Supremacy, he betrays a woeful ignorance of the impetus behind the most significant advances for black people in American history. 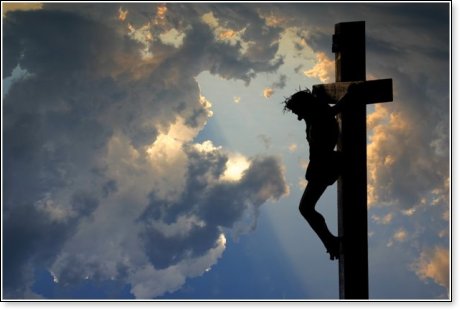 Anyone informed on the Christian faith knows Christ was a Jew, and no orthodox presentation of Jesus sees him as white, European, or such. He is instead primarily the God-man, and in him is the representation of all humanity. In him is grace to be forgiven. In him is grace to forgive. In him is the confidence of our own dignity and worth. In him is the power to extend the same to others, even those who despise or mistreat us. It is in him that the world is changed, and it is in him that we can change the world where there is “neither Jew nor Gentile, neither slave nor free, nor is there male and female, for you are all one in Christ Jesus” (Galatians 3:28).

Unfortunately, the name of Christ, as well as what the Bible actually teaches, was hijacked and perverted by white slaveholders. Groups like the KKK and other white supremacists perverted the symbol of the Cross. But it’s also true that black race-baiters trumpeting progressive theologies today have perverted the Gospel and perpetually kept racial grievances alive – lest they have no more victims, lest their power base is eroded away.

Violence, said Dr. King, only leads to “a long and desolate night of bitterness,” where one’s “chief legacy to the future will be an endless reign of meaningless chaos.”

Great black leaders of the past understood this. Moreover, I believe the vast majority of a noble black race still knows it.

The hope of peace and justice between any peoples is not best symbolized by a raised fist, but by Christ’s crucified hands and outstretched arms in sacrifice, service, and love.