Rev. Mark H. Creech
The disparagement of Christopher Columbus and an ‘insidious coup’ 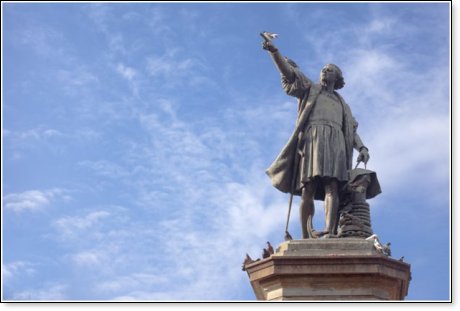 On July 1, a statue of Christopher Columbus is removed from Columbus City Hall in Ohio, where it had been for more than sixty years.

July 4, a statue in Baltimore of the celebrated Italian explorer, which had stood for 36 years, is torn down by rioters and thrown into the city’s Inner Harbor.

July 6, in Bridgeport, Connecticut, a statue of Columbus is quietly removed from the memorial in Seaside Park, with other statues of the same moved in Norwalk, New Haven, Middletown, and New London.

Statues of Columbus have become a part of recent protests about racism brought on by the death of George Floyd in Minnesota. But the debate over Columbus as a racist, a slave trader, and a plunderer, has actually been around for a while. In fact, various localities across the country recognize Indigenous People’s Day as a counter celebration to the U.S. federal holiday of Columbus Day.

The late Dr. D. James Kennedy and Jerry Newcombe in their book, “What If the Bible Had Never Been Written,” site a quote from columnist Gary Wills, who once wrote:

“A funny thing happened on the way to the quincentennial observation of America’s discovery: Columbus got mugged…He comes now with an apologetic air. He comes to be dishonored.” 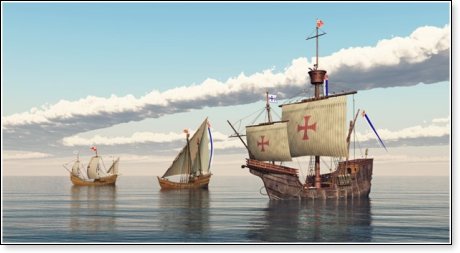 Columbus did change the world. Although it’s not entirely correct to credit him with being the first to discover America, nevertheless, he was the intrepid sailor who opened the way, as none other, for the exploration and colonization of this country.

Kevin C. Davis, in his book, “Don’t Know Much About History,” says of Columbus:

“It would be unthinkable to downplay the importance of Columbus’ voyage or the incredible heroism and tenacity of character his quest demanded. Even the astronauts who flew to the moon had a pretty good idea of what to expect; Columbus was sailing as ‘Star Trek’ puts it, ‘where no man has gone before.’”

Moreover, as Rev. Benjamin F. Morris wrote during the 19th century about the initial settlement of the American continent:

“No era in human history is more signally and sublimely marked with the manifest providence and presence of God than that of the discovery and Christian colonization of the North American continent.” 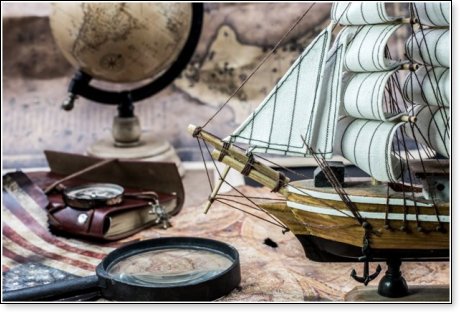 In other words, without Columbus, there would be no America, no liberty, no law, no government, no Constitution, no new heights of science, medicine, and the arts. By his achievements, Columbus lifted the entire planet. There are indeed a few rude facts about the man, which shows he wasn’t sinless or a saint. Yet it is also true, he can’t be blamed for much of what his critics say, and neither do they give him proper credit for what he did.

“If he [Columbus] brought disease to the Western World, which the sailors and the settlers did, we must realize that the people living at that time had no understanding of the germ theory of disease. By the way, it’s never mentioned that the explorers also carried back to Europe New World diseases that decimated Europe…

“We are told that innocent natives were slaughtered. Columbus never slaughtered any native. He not only never committed genocide, he didn’t kill anyone. In fact, he was very kindly toward the natives. Furthermore…

the natives were not all the simple idyllic, gracious people that the defenders of the multicultural view would have us to believe.”

Carol Delany of Stanford University’s Department of Cultural and Sociological Anthropology rightly concludes that “to criticize and excoriate Columbus, as so many have done and continue to do, ignores the cultural context in which he moved and the religious ideas that informed it.”

Matt Malone made another excellent point in the great explorer’s defense in American Magazine. Malone argued, “Columbus Day was partly born in response to what was during the 19th and early 20th centuries “a pervasive ethnic prejudice [against Italian Americans], which also involved a virulent strain of anti-Catholicism” that it was believed “should have no place in American life.”

That’s interesting. So statues of Columbus and Columbus Day were established, in part, as a statement repudiating racism and religious bigotry against Italian-Americans, and now people are pulling down those statues and calling for an end to Columbus Day because of racism.

Can you say the word “irony.”

Unbeknownst to many, Columbus was unquestionably a devout Christian man. His name means “Christ-bearer,” and he believed it was his calling from God to take the Gospel of Christ via his voyages to the far ends of the earth, and thereby unify the whole world under the banner of Christ.

Could it be that secularists and now socialists, who are determined to remove every vestige of America’s Christian heritage, have made getting rid of Columbus a part of their overall efforts? To answer in the affirmative seems obvious.

Racism is indeed a terrible thing, but what is happening is not merely a reexamination of our nation’s racist past. It is something more. It is an effort to kick out from beneath us our very foundations.

Beware America! There is sufficient reason to believe something as impious, or worse, than the alleged crimes of Columbus is plotting an insidious coup.