Rev. Mark H. Creech
Mike Adams: The fault lies with those who make up the audience 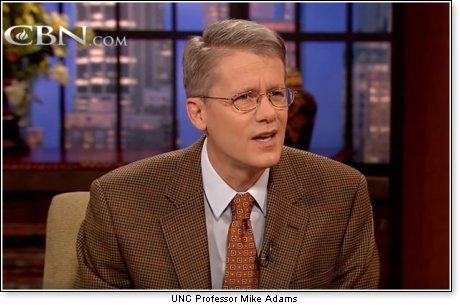 Back in 1967, there occurred a raging furor over remarks made by an Episcopalian rector, Dr. Cotesworth Pinckney Lewis. Lewis was then serving at Bruton Parish Episcopal Church in Williamsburg, Virginia, when in his sermon; he took up the subject of the Vietnam War. That day, President Lyndon Johnson was in the audience.

In his remarks, Lewis never mentioned the President by name, but he did raise poignant questions. “We know the necessity of supporting our leader. But we cannot close our Christian consciences to consideration of the rightness of actions as they are reported to us – perhaps erroneously, perhaps for a good cause (of which we have not been apprised), said Lewis. “We are mystified by news accounts suggesting our brave fighting units are inhibited by directives and inadequate equipment from using their capacities to terminate the conflict successfully. While pledging our loyalty, we ask humbly, ‘Why?”

Lewis’ remarks were not well-received. Life magazine reported that the President simply said, “Thank you” as he left the church, while Lady Bird Johnson said, “A wonderful choir.” Both the Vestry and Virginia’s Governor sent apologies to the President. Lewis was charged with “exquisitely bad taste,” while others suggested that he overstepped his bounds. The media had a field day citing the criticisms. Numerous government officials, religious personalities, and self-styled experts voiced their opinions and issued their denunciations.

Strange, isn’t it, what a few words spoken in a particular context will do to stir animus, proving it’s not always the speaker’s fault, but those who make up the audience.

Mike Adams, the Criminology Professor at the University of North Carolina-Wilmington, who had garnered national attention for his successful court battle over free speech rights, and was also an electrifying speaker and columnist, suddenly and shockingly died last week. Religious and political conservatives deeply mourned his passing.

K. Walker wrote in Clash Daily that Adams was “an absolute titan when it comes to debating the pro-life position, advocating for free speech, and exposing the rot in our colleges and universities.”

Indeed, and many hated Adams for it, referring to his words as controversial, vile, racist, misogynistic, homophobic, xenophobic, transphobic, etc. The media excoriated him. But for those who actually knew Adams, the fault was not so much with him, as it was with those who made up his audience.

Even some Christians disdained Adam’s speech. One of Adam’s friends eulogized him in a column. Though he spoke more of what he believed was Adam’s better qualities and contributions, the eulogizer said he could find Adams to be frustrating and outrageous. He said he had an “intemperate edge” and was sometimes “acerbic.”

I can’t say there was ever any speaker or writer that I often read with which I always agreed. Nevertheless, I disagree with the later characterization of Adam’s communicative skills and believe it fails to recognize the value and legitimacy of his forthright, sharp, and sometimes satirical rebukes.

The Bible has many examples of speakers who used such speech and were never condemned or censured by the Scriptures for having employed it. 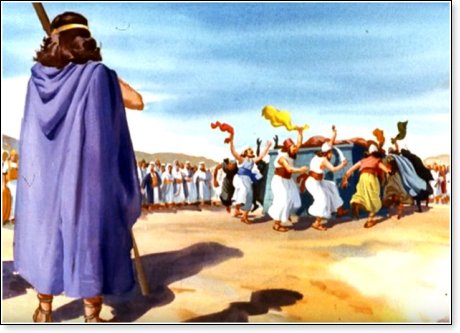 When the prophets of the false god Baal danced around the altar they had made and futilely sought to call down fire from heaven on the sacrifice of a bull, Elijah mocked and taunted them. “Shout louder, maybe he’s gone out for the day,” ridiculed Elijah. “Maybe he’s on a trip, maybe he’s relieving himself, or perhaps he’s asleep and needs to be awakened,” Elijah added. Was he over the top? Not according to the Bible.

When the Pharisees and Sadducees came out to hear John the Baptist, John called them a “generation of vipers” in need of repentance and baptism. He publicly and scathingly denounced King Herod’s divorce and incestuous remarriage, which ultimately cost John his life. Interestingly, Jesus said that among those who ever lived, none was ever greater than John the Baptist.

When Stephen was arrested for preaching the truth about Christ, he boldly charged his audience, including their forefathers, as “stiff-necked and uncircumcised in heart and ears,” persecutors of the faithful, betrayers of the truth, and murderers. Strong language, don’t you think?

When Paul was dealing with agitators in the church who kept suggesting circumcision was necessary for salvation, Paul said he wished they would go the whole way and emasculate themselves. Such speech today would likely garner severe disapproval, but Paul was right and his strong words served to show the absurdity of the troublemakers' arguments.

Even Jesus utilized what might be deemed by some as offensive language. He referred to King Herod disparagingly as a sly fox. He called the religious authorities of his day whited sepulchers, full of dead men’s bones.

The point is not to say that we’re justified in throwing off sensitivity when trying to share the truth with people. The point is, abrasive, offensive, confrontational expression has its necessary place among God’s Kingdom tools. Figuratively speaking, some people need only a popgun fired at them, while others both deserve and need an elephant gun. 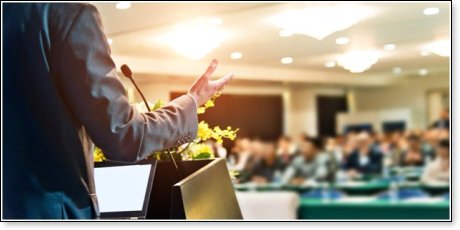 A fearful and misplaced takeaway from Mike Adam’s death would be that the way he wrote and spoke was utterly unacceptable and best avoided. I completely disagree! I firmly contend that if America had only a thousand preachers with the courage to speak truth to power as Adams did, our nation could be morally renewed and reclaimed for Christ.

Adams was under extreme pressure from his detractors for years. The New Hanover Sheriff’s Department ruled his death a suicide. Perhaps it was. A couple of weeks before his death, I spoke with him on the telephone. He seemed slightly depressed and reflective about his life. In retrospect, drawing from some of the things he told me, I question if he had started to believe his critics. If he did, it’s understandable how he might have been led to despair and consequently commit a desperate act. Perhaps the suicide wasn’t even related to his controversial style, but something entirely different and unknown to anyone except himself. Maybe it wasn’t a suicide, but a homicide. More than a few believe this not only to be possible but plausible. We shall probably never know.

One thing, however, is most certain. Mike Adams was an incomparable truth-teller. We have more than enough speakers and writers who soothe people in their sins, who give them verbal opiates while the disease preys upon their vitals.

Mike Adams wasn’t one of them!

He was someone who bore a heavy load for each of us, and we owe it to his memory to show similar faithfulness.

No, it’s not always the speaker’s fault. Sometimes the fault lies with those who make up the audience.