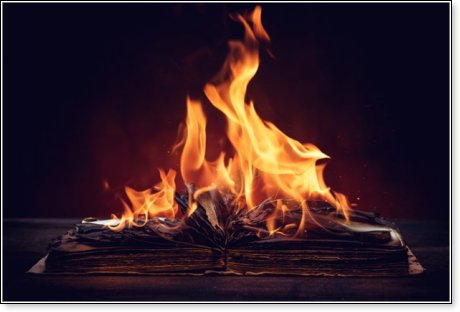 In their book, What If the Bible Had Never Been Written, the late Dr. D. James Kennedy and Jerry Newcombe wrote:

The impact of the Bible on our culture, on our nation, on world history has been enormous. Author and former Yale professor Williams Lyons Phelps observed, "Our civilization is founded upon the Bible. More of our ideas, our wisdom, our philosophy, our literature, our art, and our ideals come from the Bible than from all the other books combined."

But what if the Bible had never been written? Thats a frightening thought! And yet, with Christian-bashing the only safe form of bigotry in practice today, it seems that many people wish that were the case.

Indeed, many do wish that were the case. Last week, various news media carried the shocking story of Portland protestors burning stacks of Bibles and the American flag.

Twitter user Ian Cheong, who posted a video of the Bible burning, asked, I dont know what burning the Bible has to do with protesting against police brutality. Do not be under the illusion that these protests and riots are anything but an attempt to dismantle all of Western Civilization and upend centuries of tradition and freedom of religion.

Amidst the destruction of the sacred Scriptures, there were silent voices which werent that way a decade ago when the pastor of Dove World Outreach Center, Terry Jones, announced his plan to burn copies of the Koran.

Then U.S. Secretary of State Hillary Clinton decried the plan, saying that it was outrageous and distressful, and a disgraceful plan.

Then-President Barack Obama said of Jones, I just hope he understands that what he is proposing to do is completely contrary to our values as Americans, that this country has been built on the notions of religious freedom and religious tolerance.

Crickets. Crickets. Where are these voices today on the burning of Bibles? What does it say about the Democratic Party when its flag bearers are mute on an issue of such significance? Seems the Presidential nominee for the Democratic Party, Joe Biden is silent too. Does silence equal violence in this case?

No book in human history has suffered more from suppression and the attempt to destroy it than the Bible. Evil men hate it because of its essential goodness. It advocates the rights of the individual, claiming that even the humblest and lowest of society is of the utmost value to God. Its content has always been, and will forever remain, a rebuke and irritant to the tyrannical.

Over and again, throughout the centuries, there have been efforts to get rid of the Bible.

Roman emperors decreed that along with the early church and its sacred writings, the Scriptures should be hunted down and torched.

Later came the nefarious forces inside the church itself that bitterly opposed every effort to translate the Bible into the common language and make it readily available to the masses. The worst of this opposition, unfortunately, came from the religious authorities. Thank God for courageous men like John Wycliffe, the English scholar and theologian, whose purpose was to translate the Bible and get it into the hands of everyone possible. He was so despised for his work and love of the Bible, after his death his body was exhumed and burned.

William Tyndale, who was also well-known for his translation of the Bible from its original languages, was the object of much disdain. He was tied to a stake, strangled with a rope, and then burned. The bishop of London had ordered that every copy of Wycliffes translation be collected and burned. Nevertheless, the Scriptures and Wycliffes translation for the commoners survived and would later be immortalized in the King James Version.

Foxes Book of Martyrs tells the stories of a seemingly exhaustive number of people who gave their lives at a time when even the possession of Holy Writ was a crime. Yet despite the persecutions, and the Bible burning that went on in those days, the sacred book lives on.

In more recent years, at least until Portland, the attack on the Bible was less direct, and more of an effort to discredit its content. There have been assaults on its historicity, claims that it is anti-science and full of myths and fables. But repeatedly, contrary to the claims of the so-called experts, the sciences have proven the Bibles claims, and never successfully disproven any of them. 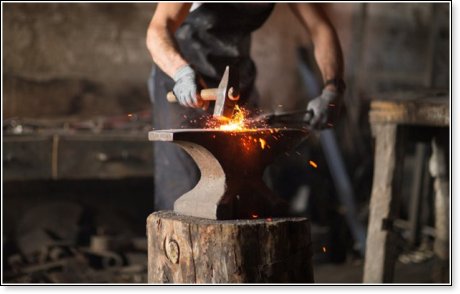 John Cliffords poem, The Anvil of Gods Word, has a pointed message for the current generation of Bible haters:

Last eve I paused beside a blacksmiths door,
And I heard the anvil ring the vesper chime;
Then looking in, I saw upon the floor,
Old hammers worn with beating years of time.

How many anvils have you had, said I,
To wear and batter all these hammers so?
Just one, said he, and then with twinkling eye,
The anvil wears the hammers out, you know.

And so, I thought, The Anvil of Gods Word,
For ages skeptic blows have beat upon,
Yet, though the noise of falling blows was heard,
The Anvil is unchanged, the hammers gone.

The Bible burners in Portland have no concept of the futility to which they set their hands when they literally and symbolically struck a match to its pages.

What if the Bible had never been written? Consider the implications of such a scenario, concluded Kennedy and Newcombe. All of these things came about because of the Bible:

There would be no salvation, no Salvation Army, no YMCA, virtually no charity, no modern science, no Red Cross. There would likely be no hospitals, for hospitals as we know them were born in the Christian era, and Christians have built hundreds of hospitals all over the globe. There would be no universities; they were created in the Middle Ages in order to reconcile Christian theology with the writings of Aristotle. There would probably be no capitalism, no accounting, no free enterprise. Millions of people would have been killed off by STDs (sexually transmitted diseases)  without any kind of inhibition against sexual promiscuity. Literacy and education might well be the exclusive domain of the elite. Many of the languages around the globe would never have been written down because there would have been no motive to do so. Many of the barbarians the world over would have never been civilized. Cannibalism and human sacrifice and the abandonment of children would still be widespread, even as abortion and infanticide plague us as we continue to move away from the Bible. Slavery might still be practiced, as it is in pockets of the world where the Bible is forbidden. And we might not even be in the New World  as Columbus clearly stated, it was the Lord who inspired him to make his historic voyage. If the Bible had never been written, there would be no Wilberforces, no George Washingtons, no Lincolns, no Dantes, no Miltons, no Shakespeares, no Dickenses. [We might also add no Frederick Douglas, no Booker T. Washingtons, no Martin Luther King, Jrs.] Above all, if the Bible had never been written, we would be cut off from God, groping in the darkness and without hope.

Burning Bibles is not just wishing away its incomparable message on vast subject matter fundamental to human happiness; its not only wishing away what made Americans the most liberated people on record, it's the same as wishing away hope!

God forbid that these foolish people would be allowed to deprive us of our hope. The Bible will survive their assaults, but we wont survive without the Bible.