Rev. Mark H. Creech
The murder of 5-year-old Cannon Hinnant, the media, and the truth 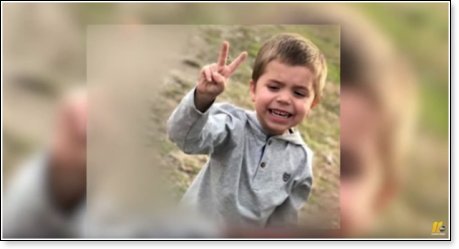 His mother described him as having the most prominent eyes and smile. He “touched everybody he knew,” she said. She hopes his death will somehow change the world.

These are the words of a grieving mother who lost her five-year-old son, Cannon Hinnant, in a senseless murder. Police in Wilson, NC, say Cannon was riding his bike when twenty-five-year-old Darius Sessoms walked up to the boy and shot him in the head at point-blank range. Sessoms fled the scene, but police apprehended him a few hours later.

No one seems to know why Sessoms committed the heinous crime. The act seemingly defies logic. What is known, however, is that a precious innocent life was destroyed. And like the angel Clarence said in the classic movie, It’s a Wonderful Life, every person’s existence is meant to touch so many other lives, and when he isn’t around, he leaves an awful hole to fill. Only heaven knows the hole that Cannon’s life would have filled. Nevertheless, his parents, and his sisters who witnessed his murder, know something of that awful hole in their own lives today.

Here’s an interesting dynamic to the tragic story. Sessoms was a black man. Cannon was a little white boy. Of course, the child’s race shouldn’t matter, except that recent circumstances around the country make his race pertinent.

The name Cannon Hinnant would be known across the country, and the name Darius Sessoms reviled the world over, if the races were reversed. A story of a white man running up to a black child and executing him while he rode his bike would be front-page news for weeks. And there would almost certainly be rioting, spurred on in part by the incessant coverage.

Instead, says Walsh, this story got almost no coverage by the American national media.

Walsh goes on to say that various excuses for the lack of coverage are offered. Some will say it’s because an agent of the state didn’t carry out the killing. But neither were the deaths of Ahmaud Arbery and Trayvon Martin, argues Walsh. Yet both are household names today. Others will say it’s because the crimes weren’t racially motivated. Neither were other murders by whites of black people such as Michael Brown, Eric Garner, or Freddie Gray. “None of them had any proven link to racism,” contends Walsh, “Yet these are also household names.” Still, some will say it’s because there was no video. Well, what about Brittany Hill, asks Walsh, “the black Chicago mother gunned down by gang members while holding her baby?” Walsh adds that this was “one of the most shocking crimes ever to be caught on camera, and yet the national media has said little about it.”

Walsh astutely explains the reason for the disparity. He writes:

[I]f the national media only ever tells us about white on black killing, and only very carefully selected facts about those killings, and they flat out refuse to acknowledge the existence of black on white killing – or if they have to acknowledge it, only in a dismissive way, and certainly never in the context of any kind of larger trend – then we will begin to think that we know something, and what we know, we think, is that America is a racist country where black people are being hunted and killed, and the reverse almost never happens because white people are protected by their privilege and by racist institutions that elevate them while oppressing everyone else….And that is why Cannon Hinnant, despite being an innocent young child, savagely cut down in broad daylight, will not be memorialized or mourned over the way that George Floyd was.

But there is an even a broader point to be made, according to Daniel Horowitz, the editor at the Conservative Review.

According to the National Crime Victimization survey, Horowitz rightly contends, “the split is even more pronounced.” Out of the “593,598 interracial violent victimization crimes between black people and white people reported in 2018, 90 percent were black against white, and 9.5 percent were white against black. That is simply astounding given that black people comprise just 12 percent of the general population, and white people comprise 62 percent.”

Horowitz also notes that Sessoms had numerous felony charges, multiple felony violations, and charges on his record for stolen firearms, and doesn’t appear to have spent much time in jail. This, he says, is the story of our justice system.

“Just how much murder is committed by repeat offenders who are given leniencies?” asks Horwitz.

Just last week, the Texan reported, according to Andy Kahan of Crime Stoppers Houston, 57 victims have been murdered in Harris County over the past two years by defendants who had been released on multiple felony bonds and personal recognizance bonds. That doesn’t account for all those who served light prison sentences or were let out of prison early and went on to murder. And the momentum toward more and more leniency is getting stronger in the system with each passing day.

Why aren’t Republican senators from North Carolina pushing endless legislation to toughen sentencing on gun and drug felons and parole violators who are almost always the sort of people who wind up committing these heinous acts? Instead, both parties are obsessing about weakening our system even more under the guise of racial inequality that is actually the other way around.

Let me draw attention to one final point that shouldn’t go without mention. Since the U.S. Supreme Court decision in Roe v. Wade that legalized abortion in 1973, more than 60 million innocent unborn children have been quietly snuffed out with scientific expertise.

Moreover, while black women constitute approximately 13 percent of the female population in the U.S., they account for nearly 36 percent of the abortions. On average, almost two thousand black babies are aborted every day in the U.S. This is black genocide. Yet we never hear of this in the media, unless it’s with a spin which seeks to justify something that is in principle no different than pointing a gun at the infant’s head and pulling the trigger. 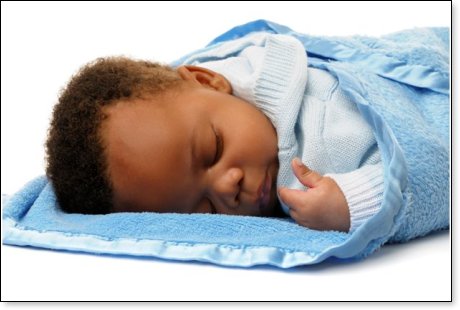 Yes, Cannon Hinnant’s death was exceedingly tragic, but perhaps even more tragic is our inability to see what we’ve become as a nation. We have no love of the truth that we might be saved. Peace and justice escape us because we are under a strong delusion and would rather believe a lie. We take pleasure in unrighteousness and are ripe for the dominating spirit of anti-Christ (2 Thessalonians 2:9-12).

Of course, the media won’t tell you this, but in the coming Judgment, God will reveal the whole story and not just bits and pieces. Then all of our illusions, both personal and corporate, will be lifted. And just as Cannon Hinnant’s death ought to command our attention now, so should the account of our apparent spiritual declension lead to repentance and faith in the God we once acknowledged.