Rev. Mark H. Creech
Mental health data during COVID-19 alarming, but there can be peace 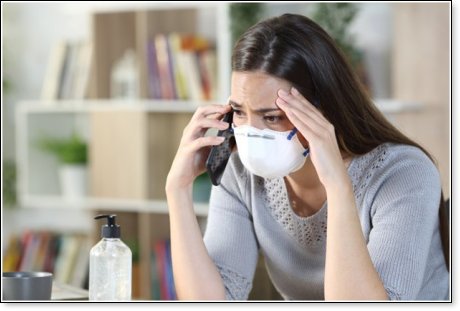 According to recent data, the coronavirus crisis is taking a tremendous toll on people’s mental health. That’s certainly to be expected in an environment of draconian lockdown orders, failing businesses, high unemployment rates, drops in the stock market, people having to play additional roles with which they have little or no experience, and the list goes on. Compound the politicization of the virus with rioting and looting in the streets by groups such as Black Lives Matter and Antifa; there’s no wonder that for many, it’s an emotional circuit overload.

The Bladen Journal recently drew attention to a new survey released by the Centers for Disease Control and Prevention. The survey which looked at mental health, substance abuse, and thoughts of suicide during the pandemic was alarming.

Reporting on the CDC’s national data, the newspaper noted that “more than 4 in 10 Americans are struggling with mental health issues, substance use to cope is increasing, and suicidal thoughts are high among young adults.”

“Anxiety or depressive disorders, substance abuse, and suicidal thoughts were highest for ages 18 to 24. Nearly two-thirds of the group responded to having experienced anxiety or a depressive disorder. It was 4 of 10 for ages 25-44, 1 of 5 for ages 45-64. Among those 65 and older, it was 8.1 percent.

“Men were slightly more likely than women in the last 30 days to have considered suicide.

“In the overall population, 4 of 10 were identified with at least one adverse or behavioral health symptom; 3 of 10 an anxiety or depressive disorder; and 3 percent starting or increasing substance use to cope with virus-related stress.”

North Carolina statistics have been just as concerning.

According to Victor Armstrong, executive director of the Division of Mental Health, Developmental Disabilities and Substance Abuse Services, the data shows that symptoms for depression and anxiety for North Carolinians have tripled during the pandemic.

Kelly Haight Connor, communications manager for the North Carolina Department of Health and Human Services, told the Asheville Citizen-Times that in a typical year, 1 in 9 (11 percent) of the state’s citizens would report symptoms of anxiety and depression disorders in a given week.

“But, for every week since April, 1 in 3 (33 percent) of North Carolinians have reported these types of symptoms,” said Connor.

In addition to developing mental health hotlines that people can call, state officials have also recommended what they refer to as the “SCOOP” method of managing stress. The acronym SCOOP stands for the following:

Of course, the “SCOOP” plan has merit, but I’m afraid it leaves out what’s most important – learning to trust God in everything.

The first step in learning how to deal with worry is to give one’s life to Christ. That’s not a trite Christian response to the problem of intense anxiety as we see today. Instead, it’s at the heart of getting victory over its seemingly irresistible power.

In the Greek manuscripts from the first centuries of the Christian era, there is a story about a man named Titedios Amerimnos. The first part of the man’s name is a proper name, but the second part is made up of the Greek word for “worry” and a prefix that means “never.” In other words, it’s a descriptive epithet of the man’s name, such as “Alexander the Great” or “Ivan, the Terrible.” In this case, however, Titedios Amerimnos was believed to be a pagan who had been a constant “worrier” about everything. But after he turned his life over to Christ, he stopped worrying and became known as Titedios Amerimnos – “Titedios, the man who never worries.”

When we give our lives to Christ, we can be confident that the One who loved us and suffered so much to redeem us from our sins, will also make all things work together for our good (Rom. 8:28). 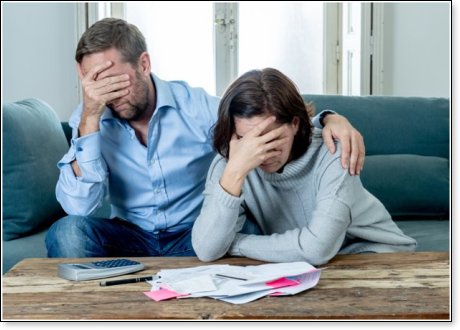 To paraphrase Jesus’ promise in his great Sermon on the Mount, our Lord said, “Therefore I tell you, do not worry about your life, what you will eat or drink; or about your body (how you’re going to pay the bills, whether or not you’re going to get sick, etc.)…. For the pagans (the people who don’t really know God) focus on these things, and your heavenly Father already knows what your needs are. But seek first his kingdom and his righteousness, and everything you need will be provided for you” (Mt. 6:25, 32-33).

Here Jesus wasn’t saying that we can be irresponsible or throw caution to the wind, but he is admonishing us to stop worrying. To worry is to show a lack of faith in the grace and goodness of God’s nature.

Some may argue that if God is good, then why is there so much poverty, loss, and deprivation? It should be remembered that the promises of God are for those who repent of their sins and trust him with their lives. It’s not that Christians never suffer, but the difference is that God is always with them in their trouble. And God obligates himself to be their help in time of need.

Finally, it’s only fair to say that even Christians worry – the same way that unbelievers often turn to drink or substances to cope – sometimes Christians do likewise. No one needs to drink or do drugs to get through a difficult time, especially a Christian! Such a response has the potential to do more harm than good. Just as it's prudent to avoid standing too close to the edge of a precipice, it’s wise to stay as far away from using substances to cope as possible.

Overcoming anxiety, I believe, is something most of us have to learn. It’s a skill-set that has to be developed.

The late Dr. James Montgomery Boice, formerly senior pastor of the historic Tenth Presbyterian Church in Philadelphia, used to say that defeating worry is a lot like a conditioned reflex.

What happens when one hears the Star-Spangled Banner? Typically there is a conditioned reflex, a learned response of standing as soon as one hears it played or sung. The same can be said for putting on the brakes of your car when you see a red light. So, whenever we hear some disturbing news, our first response, a conditioned reflex, is to turn immediately to the Lord in prayer. 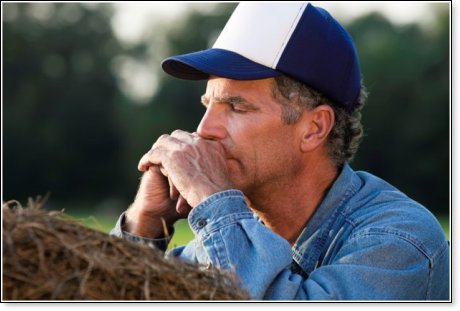 “Do not be anxious about anything, but in everything by prayer and supplication with thanksgiving, let your requests be made known to God. And the peace of God, which surpasses all understanding, will guard your hearts and your minds in Christ Jesus” (Phil. 4:6-7).

These passages encourage us to give the source of our anxiety over to God in prayer whenever we feel the first twinge of worry in our spirits. Then we are to trust that our benevolent heavenly Father is bigger than any problem we face. He can and will take care of the matter.

Soren Kierkegaard once said, “No Grand Inquisitor has in readiness such terrible tortures as anxiety.”

COVID 19 and other current events have profoundly impacted our state and nation’s mental health with “terrible tortures.” But for those willing to trust God with their souls and practice what it means to trust him daily, there can be perfect peace even amid a pandemic.