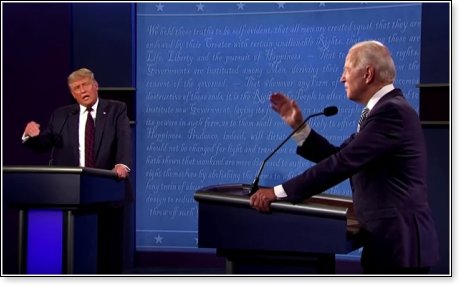 Most of us thought that the debate between President Donald J. Trump and Joe Biden would include fireworks. Still, few of us anticipated the cage fight of indictments and repetitive insults that ensued.

Immediately afterward, when scrolling through Facebook on my cell phone, I wasnt surprised to read the numerous posts by fellow Christians who were lamenting the Presidents presence on stage as unpresidential and embarrassing.

Unfortunately, the President was fighting both the Democratic Presidential candidate, Joe Biden, and the moderator, Chris Wallace, at times. In my estimation, Biden presented an avalanche of lies, which Wallace never challenged, and Wallace asked the President questions that were loaded with misrepresentation. The President wasnt having it and came out swinging, sometimes ignoring the rules, but what else can you do if the referee and your opponent are both hitting you below the belt.

Radio talk show host Jesse Kelly praised the President, arguing that he showed how you have to fight the Left to win. People on the Right desperately need to abandon the notion that defeating the Leftist machine will be comfortable and nice, said Kelly. This way of thinking is killing us.

Although the Presidents performance made me feel uncomfortable at times, Im convinced, like many others, its because Im not used to it in an age of pacifistic Christianity. Christians may sing great warlike hymns such as Onward Christian Soldiers, and O Church Arise, which has the stanza Our call to war, to love the captive soul, but to rage against the captor, but our minds are really not geared for doing battle. So we flinch, we cringe, we recoil, when someone is demonstrably and even needfully assertive. Somehow that doesnt seem very Christian to us. 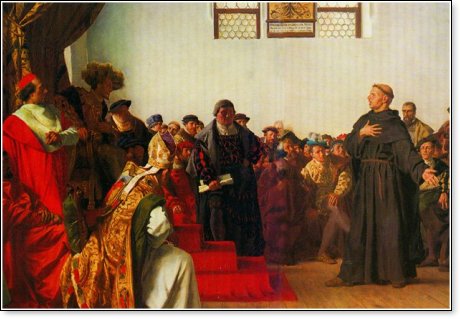 Yet I wonder if someone like Martin Luther, the father of Protestantism, the man who fiercely fought the perversion of the Gospel of Christ, the graft and corruption of the 16th Century Church, would fare well in the average pulpit today. Here are a few of his statements made to both the religious and political authorities of his time:

May God punish you, I say, you shameless, barefaced liar, devils mouthpiece, who dares to spit out, before God, before all the angels, before the dear sun, before all the world, your devils filth.

As for the signs of your peculiar priesthood, we are willing to let you boast of these mean things, for we know it would be quite easy to shave, anoint, and clothe in a long robe even a pig or a block of wood.

A natural donkey, which carries sacks to the mill and eats thistles, can judge you  indeed, all creatures can! For a donkey knows its a donkey and not a cow. A stone knows its a stone; water is water, and so on through all the creatures. But you mad asses do not know you are asses.

You vulgar boor, blockhead, and lout, you ass to cap all asses, screaming your heehaws.

You are desperate, through arch-rascals, murderers, traitors, liars, the very scum of all the most evil people on earth. You are full of all the worst devils in hell, full, full, and so full that you can do nothing but vomit, throw, and blow out devils!

You say, What comes out of your mouth must be kept! I hear it  which mouth do you mean? The one from which the farts come?

You are like a magician who conjures gulden into the mouths of silly people, but when they open their mouths, they have horse dirt in them.

If I werent Christian, I would say that Trump must channel Martin Luther, except Trump is nicer.

The point is that Providence often assigns certain individuals in history who have the necessary intestinal fortitude for taking wrong ideas and wicked pursuits to the mat. They seem to understand clearly whats at stake, even when the public doesnt get it. They are firebrands who burn with an unquenchable flame of passion at every challenge. 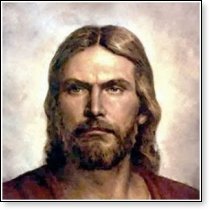 For those who would say, Well, thats Martin Luther, and not Jesus, let me encourage a closer look at the Scriptures. The Gospels reveal that Jesus words were often quite harsh. He called the religious authorities of his day and others who would not heed the truth, blind guides, blind fools, serpents, a brood of vipers, hypocrites, whitewashed tombs, dogs, pigs, liars, servants worthy only of being cast into outer darkness, worthy of having a millstone hanged around their necks and thrown into the deepest part of the sea, and children of the devil.

No, Im not embarrassed by our President. In fact, Im thankful he loves America so deeply, that a patriots blood runs so red in him, he cares more about whats best for the country than he does about being polite.