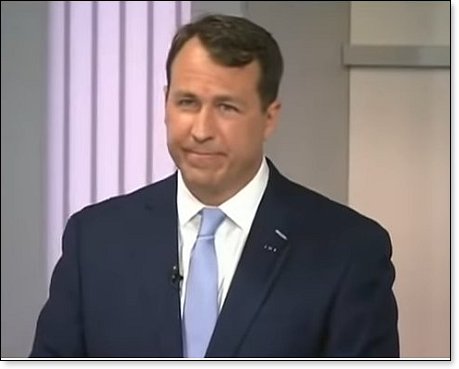 The U.S. Senate race to represent North Carolina between Cal Cunningham (D) and Sen. Thom Tillis (R) took an unexpected turn when it was revealed that Cunningham, a married man and father of two, was caught sexting with a woman from California. Cunningham has admitted to sending the texts and apologized. Still, the California woman’s husband calls for Cunningham to drop out of the race, and new allegations have surfaced of a second extramarital affair.

Cunningham says that his campaign will continue. The question is whether the scandal matters.

Rob Schofield, who writes for the left-leaning NC Policy Watch, says, “it's up to North Carolina voters to decide, but the suspicion here is that the response will likely be a near-unanimous yawn.”

Schofield adds that in the aftermath of Bill Clinton’s sexual escapades, and the era of Donald Trump’s “trysts throughout the course of three stormy marriages – the idea that voters find relevant a candidate’s marital or relationship woes has almost been permanently laid to rest.”

Schofield is right, but that shouldn’t mean that adultery doesn’t matter. Granted, voters today, with so many enormous issues at stake, cannot afford to be monolithic in the way they cast a ballot. When making judgments about a candidate’s character, one cannot merely consider personal flaws. Policy positions must also be relevant to character determinations.

Nevertheless, this does not mean sexual immorality is a non-issue. It may not be the only one by which the electorate decides on a candidate for public office, but sexual impurity matters!

The Seventh Commandment of God’s Big Ten Commandments is abundantly clear, “Thou shalt not commit adultery.”

Repeatedly, the Bible draws a contrast between sexual purity and sexual immorality. Sexual purity occurs between one man and one woman, a husband and a wife. Sexual sin is everything outside that marriage bond.

“God hates the sin of impurity. It has caused nations to fall. It has over and over again ruined the sanctity of the home. It has hindered the health and development of the personality, and it has caused the spiritual impotence of thousands. It has filled our divorce courts, made thousands of innocent children victims of a broken home, and has wrecked the hope of the bright tomorrow for many a young person.

“Impurity is one of the most revolting sins because it twists and distorts one of God’s most precious gifts to man – human love – and drags it down to the level of the beasts. But despite its heinousness, it is the most prevalent of all of Satan’s contrivances.”

Dr. James Dobson once said sex was similar to nuclear energy. If it's kept within its proper parameters, it serves a profound purpose. But if it makes its way outside God’s boundaries, sex becomes a powerfully destructive force. 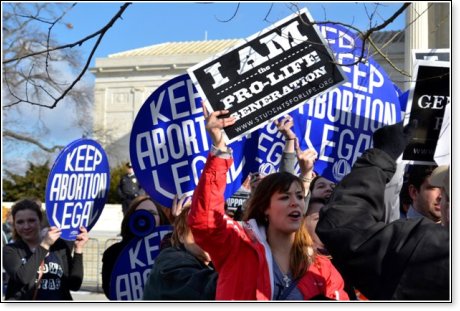 What’s at the core of sexual impurity? It is the wrong emphasis on self. Think about it. More than sixty-one million babies have been killed in forty-seven years of abortion. Yet abortion would virtually disappear tomorrow if it were not for the willful violation of God’s charter for marriage. The abortion problem, which has been tearing our nation apart, as well as tragically snuffing out millions of tiny lives, can be directly traced back to the rejection of God’s prescribed limits on sex. Our way, as opposed to His way, means death.

There is another consideration of the way adultery harms our national life. The Old Testament describes the prophet Hosea as someone who experienced first-hand infidelity’s destruction. His wife, Gomer, was a sexually promiscuous woman. The book of Hosea is a picture of God’s suffering caused by His spiritually adulterous people, Israel. The people offered sacrifices on heathen altars, and cult prostitution was prevalent. The book ends with a hope for reconciliation between Hosea and Gomer, and the Israelites and God.

Central to the story is the lesson that our fidelity to each other is parallel with our loyalty to God. The way we treat our spouse is of tremendous social import, and not something just personal. For if we show we can’t be trusted with our most intimate relationships, how can we be trusted with those of lesser importance? Our faith in God and our faith in each other is a prerequisite to meaningful and productive relations, domestic and public.

History shows that when the printers of the 1631 edition of the King James Version of the Bible prepared that edition, a significant error was made. The word not was omitted from the Seventh Commandment, and it read, “Thou shalt commit adultery.” Based on contemporary sexual morals, it seems many would prefer that edition today. We’re living in an atmosphere when sexual sin is dismissed as inconsequential, but it isn’t.

We may not rule out a candidate for office solely based on their sexual indiscretions, but adultery is still a big deal, and we dare not write it off with a collective yawn. It still matters!