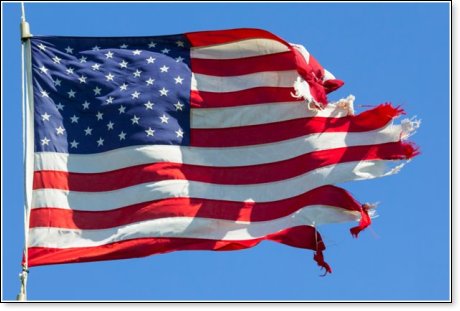 Joe Godfrey, executive director of the Alabama Citizen's Action Program (ALCAP), is a good friend of mine. Like half the country, Godfrey is troubled over what may indeed be the loss of President Trump's re-election bid because of voter fraud.

In a recent Facebook post, Godfrey references a friend's criticism of Trump's fight for fair election results. His friend couches Trump's efforts in the following manner:

I am unhappy with the accusations of our President. FDR was Prez when I arrived on earth, and I do not ever recall a POTUS running down the American system the way Mr. Trump is.

(Anyone wishing to slam me for feeling this way, please save it. I don't need to hear it. I'm simply wishing Mr. Trump would be a big boy and take his lumps the way the rest of us have to.) God bless America.

Godfrey responded with these astute remarks:

Using your logic, I guess Jesus should never have called the religious leaders of His day "white-washed sepulchers" or a "brood of vipers." And, He should never have overthrown the money changers' tables in the Temple. Jesus should have taken His grievances to the Sanhedrin and quietly accepted whatever ruling they made.

With all due respect to you, my friend, I believe your anger with Trump is misdirected. You should be (we all should be) outraged that votes are still pouring in three days after the election was supposed to have ended, and that most of them are (interestingly) for Biden.

We should be angry several postal employees had reported that they were told by their superiors to hand-stamp the postmarks on thousands of ballots to indicate they were mailed the day before the election instead of postmarking them the day after the election, when they were actually received at the Post Office.

We should be angry that the allegations of corruption by Biden and his family were never investigated by the mainstream media, but were buried so that most Americans never learned the truth about the allegations.

We should be angry with the billionaires in Silicon Valley that are trying to suppress freedom of speech while getting tax benefits that do not apply to other media outlets.

We should be angry that the House of Representatives spent all their time the last two years of President Trump's term impeaching him, based on admittedly falsified documents, instead of making laws that would benefit the people they were elected to serve. Trump was impeached for an innocuous telephone call after the 2-year long Mueller Investigation could find no wrong-doing concerning Russia and the false "Steele Dossier."

Trump received more minority votes by a Republican presidential candidate than any other in 60 years, but he still somehow seems to have lost the election. Trump also overwhelmingly won every major metro area in America, except for Madison, WI, Detroit, MI, Philadelphia, PA, and Atlanta, GA. Is this not revealing?!

You mentioned FDR. I visited "The Little White House" in Warm Springs, GA, several years ago, and heard how FDR died in the presence of his mistress instead of his wife.

Truman (a Southern Baptist) was known for his foul mouth, and JFK's marital infidelities were well-known and well-documented. (I don't even need to bring up Bill Clinton's immoral behavior.)

My point is that you focus on Trump's style and words, but totally ignore the evil forces that are apparently at work to destroy the people's voice in this nation.

As a Christian, I do not approve of Trump's style of leadership or vulgar language, but I, for one, am thrilled that we have a fighter in the White House, who will not bow to the forces of evil that have been running our nation. I'm glad he is not "taking his lumps" but is fighting back.

We need pastors to start doing the same. Instead of "taking our lumps," we should be "leading the charge" against this unjust and unfair election.

Having said this, I do believe that God is ultimately in charge and that we may be suffering His judgment against our nation by giving us (whether legally or illegally) the government we deserve. But, I want to be sure I follow the example of the Old Testament prophets and not the example of Baal's prophets. I will speak out against the media's false narrative and evil forces and not bow in submission to them without a fight.

During the 2000 General Election, Liberty Counsel litigated for five weeks to make certain there was a fair election process. Read their Serious Concerns About Electoral System. The instances of voter fraud this time are harrowing.

Yes, something is very much amiss in this election, which could cause irreparable damage to our democratic process.

We don't do coups in America, or do we?

North Carolina State Senator Bob Steinburg says it well in a recent Facebook post of his own:

Biggest Republican and conservative wins across the country since 1944 and the most conservative President in history loses? Nope! No one with a scintilla of common sense believes that! Take it to the Supremes [the U.S. Supreme Court].

For now, the President needs to keep fighting. And Christians need to keep earnestly praying.

God help us all.