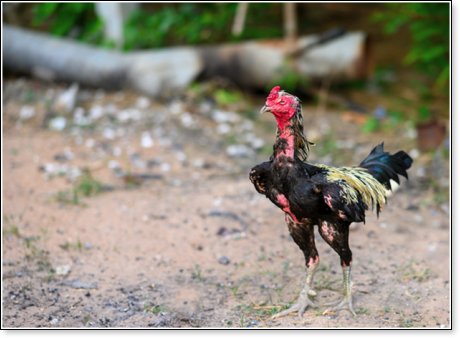 Several years ago, in the Pentecostal Evangel, J.K. Gressett wrote about an agriculturist named Samuel S. Scull, who lived on a farm in Arizona. This is part of the story he told:

“One night, a fierce storm struck with rain, hail, and high winds. At daybreak, feeling sick and fearing what he might find, Samuel went to survey the loss.

“The hail had beaten their garden and truck patch into the ground; the house was partially unroofed; the henhouse had blown away, and dead chickens were scattered about. Destruction and devastation were everywhere.

“While standing dazed, evaluating the mess, and wondering about the future, he heard a stirring in the lumber pile that was the remains of the henhouse. A rooster was climbing up through the debris, and he didn’t stop climbing until he had mounted the highest board on the pile. That old rooster was dripping wet, and most of his feathers were blown away. But as soon as the sun came over the eastern horizon, he flapped his bony wings and proudly crowed.”

No matter what incidents of trouble one may have encountered in this exceptional year of 2020, there are still plenty of reasons to be thankful. How can we do less than that old, wet, bare rooster, whose entire world was torn asunder? Yet he found his way out of the rubble, and when he saw the morning sun, crowed his praise and thanksgiving unto God.

The psychological effect of the pandemic is a matter of great concern to health experts today. The fear of the virus, the economic stresses, and the isolation by many at home alone, the subsequent anxiety and depression has caused many to turn to stimulants at alarming levels. It’s a way to cope.

In his letter to the church in Ephesus, the apostle Paul warned his readers against turning to stimulants in conditions of depression and gloom. Instead, he advised people to turn to the ministries of the spirit, and singled out a healthy alternative – sincere thankfulness. Paul wrote:

“Pay careful attention, then, to how you walk – not as unwise people but as wise – making the most of the time because the days are evil. So don’t be foolish, but understanding what the will of the Lord is. And don’t get drunk with wine, which leads to reckless actions, but be filled with the Spirit: speaking to one another in psalms, hymns, and spiritual songs, singing and making music to the Lord in your heart, giving thanks always for everything to God the Father in the name of our Lord Jesus Christ (Ephesians 5:15-20).

I would suggest thankfulness works like a beneficial stimulant. Think about it. If counting our blessings and thanking God for his gracious sovereignty in every circumstance exhilarates, refreshes, and renews the soul, then consider the way every moody complaint adds to the burdens we carry. Every word of thanks to God helps to lighten the load.

Moreover, we should recognize the trials and misfortunes of providence are often the greatest blessings in disguise.

There is no stimulant like praise, and this is why thankful people possess a peaceful demeanor and a glowing countenance about them that others do not. 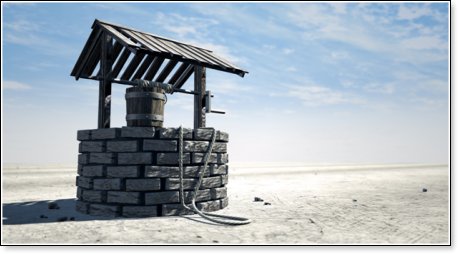 There is also another way thankfulness works like a stimulant. You may be familiar with the old idiom, “You never miss the water til the well runs dry.” How sad that it often takes a tragedy to show us how much we take for granted. Our many possessions dull our senses. Over time we can lose the awe in what God has given. Thankfulness, however, can work as a stimulant to sharpen our awareness of God’s daily mercies.

I don’t know who wrote the following, but whoever did eloquently described how gratitude makes the common uncommon:

“Thankfulness retains a sense of the sacredness of things. The commonplace wears a nimbus. There is a halo upon the ordinary. A mystic fire burns in the wayside bush. God is seen in the lowly shrine. The common meal becomes a sacrament. To say ‘thank you,’ and mean it, keeps the soul awake to the divine.”

Recently, when scrolling through various Facebook posts, I noticed where a friend had purchased a metal detector to beach comb for treasures in the sand. It reminded me of something the famed Presbyterian minister and cofounder of the Temperance Movement during the 19th century, Lyman Beecher, had said:

“The unthankful heart, like my finger in the sand, discovers no mercies; but let the thankful heart sweep through the day, and as the magnet finds the iron, so will it find in every hour some heavenly blessings…”

Yes, 2020 leaves many people with profound experiences of loss. Like that rooster, they may have lost everything, but if we trust and believe in God, we can see the light of his goodness, pick ourselves out of the wreckage, and still give thanks.