Rev. Mark H. Creech
Abortion: 'Once to every man and nation' 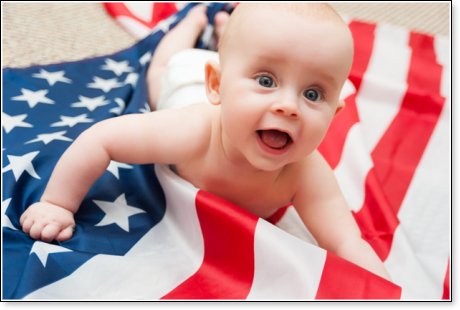 James Russell Lowell was a tremendous American poet, who also served as the editor of The Atlantic Monthly and an American diplomat. When he was only twenty-six years old, Lowell wrote a poem, which would later become the hymn, "Once to Every Man and Nation."

Lowell wrote the lyrics to this hymn during a period of American history with similarities to our own. It was 1845, a new president, James K. Polk, had just been inaugurated after a hotly contested election. The most burning question of the day was the issue of slavery. Lowell was concerned that decisions were being made by the country primarily based on expedience and choices considered more economically advantageous.

He argued the issue of slavery had to be settled. Lowell contended that slavery could not wait and must be decided based on right and wrong, truth and falsehood. Thus, he penned these mighty words, which transcend the age down to the present:

Once to every man and nation comes the moment to decide,

In the strife of truth with falsehood, for the good or evil side;

Some great cause, some great decision, off'ring each the bloom or blight,

And the choice goes by forever 'twixt that darkness and that light.

Then to side with truth is noble, when we share her wretched crust,

Ere her cause bring fame and profit, and 'tis prosperous to be just;

Then it is the brave man chooses while the coward stands aside,

Till the multitude make virtue of the faith they had denied.

By the light of burning martyrs, Christ, Thy bleeding feet we track,

Toiling up new Calv'ries ever with the Cross that turns not back;

They must upward still and onward, who would keep abreast of truth.

Though the cause of evil prosper, yet the truth alone is strong;

Though her portion be the scaffold, and upon the throne be wrong,

Yet that scaffold sways the future, and behind him dim unknown,

Standeth God within the shadow, keeping watch above his own.

Friday marked the 48th anniversary of the U.S. Supreme Court's infamous Roe v. Wade decision, which made abortion legal. Since then, more than 60 million unborn children have been slaughtered by the abortionist's knife. It is a holocaust of unprecedented proportions in human history. Furthermore, there is no issue so urgent, so weighty in consequence, than whether our Republic will continue this abominable practice which defies our sense of justice on any other topic.

"Many centuries ago, Saint Augustine, a saint of my church, wrote that a people was a multitude defined by the common objects of their love. What are the common objects we love that defines us as Americans? I think I know. Opportunity. Security. Liberty. Dignity. Respect. Honor. And yes, the truth."

Indeed, the truth! The truth is that both science and the President's own church's theology affirm the fetus's personhood beginning at conception. And, therefore, abortion denies all of the above to our nation's most vulnerable citizens. If there is no inviolable right to life, then no other right of the American people is secure.

A much better speech, I think, was delivered by North Carolina's new Lieutenant Governor, Mark Robinson, at the annual March for Life in Raleigh.

Robinson, the first black man to be elected as the state's Lieutenant Governor, compared the fight to stop abortion to the nation's abolitionist movement of yesteryear. Robinson said that too often, Americans forget that one of the first guarantees in the Declaration of Independence is life: "We hold these truths to be self-evident, that all men are created equal, that their Creator endows them with certain unalienable rights, that among these are life, liberty and the pursuit of happiness." 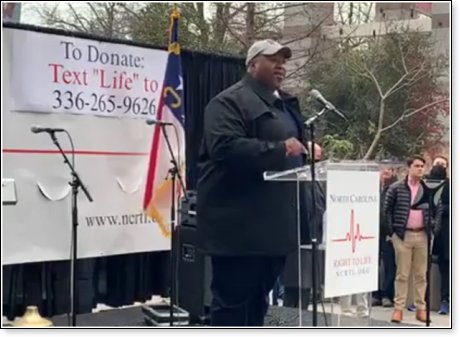 Robinson then added this profound statement, "If we do not purge abortion from our shores for the cause of life, the same way we purged slavery for the cause of liberty, this nation will not continue to stand. How we treat the least of us will determine what happens to the most of us."

The President has promised to declare war on political extremism, white supremacy, and domestic terrorism. That seems reasonable. But wouldn't it be more useful first to stop the unjust war waged on the unborn?

National Review rightly concluded the evidence shows a Biden-Harris administration supports abortion up to the point of birth. Unquestionably, that's well past the point of viability. Talking about political extremism!

If the effects of abortion on the black race have been rightly referred to as black genocide (and they have), how is it that abortion is not of greater consequence to people of color than even White Supremacy?

Moreover, there is no form of domestic terrorism greater than reaching into where a child lives, the mother's womb, and tearing it from limb to limb.

The Bible says that when Cain killed his brother, Abel, his brother's blood, cried out to God from the ground. If the blood of one innocent dead man cries out to God for justice, how much louder is the cry of 60 million defenseless babies? If Jesus said causing a child to stumble in life was a spiritual crime so great the perpetrator deserved a millstone hanged around his neck and cast into the deepest part of the sea, with what wrath can we expect the Sovereign of nations to respond to 48 or more years of abortion?

"Once to every man and nation comes the moment to decide." When it comes to abortion, it's far past the time for every American to choose good over evil. We can no more endure abortion's cruel practice and be true to our most fundamental values than we could to continue slavery.