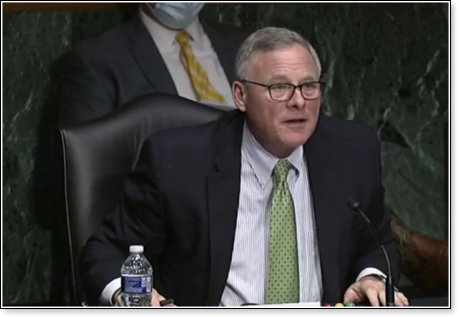 Several years ago, the U.S. Senate took up the repeal of "Don't Ask, Don't Tell," a policy that allowed gays, lesbians, and bisexuals to serve openly in the military. The day before the vote, I called U.S. Senator Richard Burr and asked him to vote against it. Although I did not speak directly with him, his staff assured me the Senator was opposed to repealing, and he would never vote for such a bill. Their surety sounded very much like the conservative Senator I voted for, and it brought me some comfort knowing that although repeal would likely pass, the concerns of evangelicals on the matter would at least be represented.

Imagine my disappointment when the next day I learned that Burr had voted for the bill. Burr stated the reason for his vote was that the policy was "outdated," and he sensed a "generational transition" taking place. Therefore, it was the "right thing to do."

I responded to the Senator with an open letter. In it, I asked:

"By what standards did you judge 'the right' in this case? By the values of the elitist liberals who stand for everything wicked from abortion to gay marriage? By the standards of most of the Marines against repeal, many of whom are serving in Camp Lejeune, North Carolina? By the predominantly conservative moral values of your constituency? By the standards of the vast majority of the members of your Party whom you broke away from to vote for repeal?"

Well, Burr has done it again. On President Donald Trump's impeachment, the Senator voted it was outside the Constitution's bounds to impeach a non-sitting President. Still, he voted to convict Trump of inciting an insurrection.

Burr said that he believed his first vote was correct. But the Senate, he said, "is an institution based on precedent, and given the majority in the Senate voted to proceed with this trial, the question of constitutionality is now established precedent." His job, after that, he said, was to determine whether House managers effectively made a case for Trump's guilt. He thought that they did.

Huh? What constitutionally prescribed role does the Senate have in determining whether a former President should be impeached? I’ll tell you, none! Moreover, how can you legitimately find guilty an individual tried by a kangaroo court?

"The NCGOP agrees with the strong majority of Republicans in both the U.S. House of Representatives and Senate that the Democrat-led attempt to impeach a former President lies outside the United States Constitution."

I believe the NCGOP was right to take a formal action of reprimand and condemnation. But a WRAL editorial said the Senator demonstrated integrity. Ahhh, I don’t think so. It wasn't integrity he showed.

Burr's vote to convict was in no way focused on attending to the Constitution or representing the people that sent him to Washington. In fact, he betrayed both. He broke with his constituents, just as he did on "Don't ask, Don't tell." His explanation now tries to convince us that we should attend to his point of view. Integrity would have required that he first inform his constituents of his vote to break away from their viewpoint in favor of his own. However, they were not afforded the slightest courtesy.

Burr claims that it's a sad day for Republicans when the Party leadership "has chosen loyalty to one man over the core principles of the Republican Party and the founders of our great nation." Noble talk, but the argument is empty.

Chief Justice John Roberts would not preside over Trump's impeachment trial because he knew it was unlawful. The House impeachment managers presented no witnesses and no evidence against Trump during the House proceedings. Nor did they present sufficient evidence to convict in the Senate. From start to finish, the entire proceeding was never about the core principles of the Republican Party, much less the nation's founders. It was always about ruining one man, Donald Trump, and destroying him forever in the court of public opinion.

Say whatever you will about Trump; it is an abuse of power to manipulate the Constitution and co-opt the United States Senate's procedure out of hatred for a political foe. That's what the Democrats and the Republican Never Trumpers did, while others stood courageously against it. Burr tried to play it both ways. That’s not integrity, but chicanery.

Surprised at Burr's vote to convict? I wasn't. His “Don’t ask, Don’t tell” vote forewarned us of what was coming. But I must say that betrayal hurts as bad the second time as it does the first. Perhaps worse.