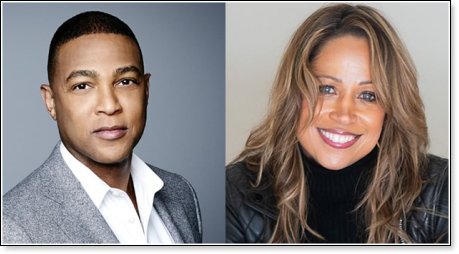 Best known for her part in the 90s film "Clueless," actress and former Fox News commentator Stacey Dash recently announced she was stepping away from politics. In an interview with DailyMailTV, Dash, who is also well-known for her strong conservative views, said she no longer supports Donald Trump and has walked back some of the things she's said in the past.

"I've lived my life being angry, which is what I was on Fox News," said Dash. "I was the angry, conservative, Black woman. And at that time in my life, it was who I was." She added that she had realized "that anger is unsustainable and it will destroy you."

"I made a lot of mistakes because of that anger, added Dash. “There are things that I am sorry for. Things that I did say, that I should not have said them the way I said them…God has forgiven me, how dare I not forgive someone else. I don't want to be judged, so how dare I judge anyone else."

I think Dash is right that activism, more specifically conservative activism of any kind, should never be based on a wave of nasty anger at progressives.

To paraphrase remarks once made by the late great evangelist, Dr. Billy Graham, this kind of anger is what "cocks the assassin's pistol, dispenses the killer's poison and sharpens the murderer's dagger." It "induces malice and discord" and uses up one's "supply of energy to feed the flame of [one's] passion rather than to put out the fire."

This kind of anger God hates. This type of rage led to January 6 and the riot on the Capitol building, which resulted in the deaths of five people, and seriously harmed the cause of conservatism.

But then, this is not to say anger is always inappropriate. Allow me to reference Dr. Graham once more, who also eloquently expressed:

I suggest we don't see enough of this kind of anger. Instead, there's a timid silence on the part of most conservatives, especially Christian conservatives.

Dietrich Bonhoeffer stated, "Silence in the face of evil is evil itself: God will not hold us guiltless. Not to speak is to speak. Not to act is to act." Only when our faces are flushed with red from holy anger at some grievous disrespect for God's purposes are we likely to be sufficiently motivated to do something about it. In this way, anger is good.

Dash added that she doesn't want to judge people. I'm not sure what she meant by this, but if she meant to say we shouldn't look down on others with a holier-than-thou attitude, she's right again. But if she meant, as so many do, that we are to avoid ever making any moral judgments about the behavior of others, she's misinterpreted Christ's command, "Judge not, lest you be judged" (Mt. 7:1).

When interpreting a Bible passage, context is everything. Jesus indeed commanded his followers in Matthew's Gospel not to judge. Nevertheless, he wasn't saying we should never exercise spiritual or ethical discrimination. What Jesus was warning against was our propensity to judge others by a standard that we fail to apply to ourselves. If we were never to judge others, then it wouldn't be possible to know the difference between a Joseph Stalin and a Mother Teresa.

Learning to judge appropriately is a crucial component for a safe and prosperous life. As a young boy, my parents used to warn me, "Don't lay down with the dogs [people of low reputation], or you'll get up with fleas." If we can't judge in life, even judge others' actions, we are apt to become victims of error and iniquity.

CNN host Don Lemon, a gay man who just got engaged to his same-sex partner, recently erroneously brought up Jesus’ command not to judge in an interview on "The View." He used it to argue that the Roman Catholic Church needed to "reexamine" its opposition to same-sex marriage because we shouldn't judge people, and God himself is not about "judging people."

Respectfully submitted, Lemon's remarks were woefully ignorant, as well as arrogant. The Scriptures voluminously repeat in different ways, the solemn warning of the Psalmist:

"For He [God] is coming, for He is coming to judge the earth. He shall judge the world with righteousness, and the peoples with His truth" (Ps. 96:13).

Yes, there is a place for anger, a place for judging others, and God's judgment of each of us is imminent.

Perhaps the following story told by the late James Montgomery Boice can serve to pull all these thoughts together.

During the 1930s, one of the most dangerous criminals in the country was "Two-Gun" Crowley. Crowley was a notorious cop-killer. One day he was parked on the side of the road when a policeman pulled up and asked to see his license. Without saying a word, Crowley drew his gun and cut the policeman down. As the officer lay dying in the road, Crowley got out of his car, took the policeman's own revolver, and callously put another bullet in him.

What do you think "Two-Gun" Crowley thought of himself? We know because, after a prolonged gunfight with other police officers at his girlfriend's apartment, he was captured, and a blood-stained note written by himself was found in his pocket. It read, "Under my coat is a weary heart, but a kind one – one that would do nobody any harm."

There is a sense in which we are all like Crowley. We sin. We break God's laws, his moral code, but we refuse to acknowledge it – even to ourselves. But if we would judge appropriately in life, we must first judge ourselves. We must judge ourselves by the plumb line of God's law. It's the one way we can thereby rightly judge others. But judge, we must, lest we become a wicked culture ripe for God's judgment.