Rev. Mark H. Creech
It's still a big deal, and for me it's personal 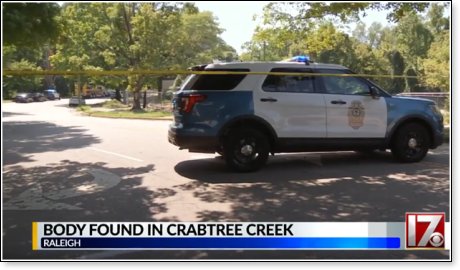 A friend of mine, who is an attorney, recently sent me an email saying that he had been reading the Christian classic In His Steps. He was given the book by his grandmother, who lived from 1872 to 1960. He wrote, "I'm amazed at how much of it is about the saloon."

I wrote back, "We have little understanding of how this one thing (alcohol) has worked to undermine individual and corporate character. Over the years, we have, figuratively speaking, been anesthetized into a drunken stupor…. Though the seriousness of the matter is most often minimized, it's still a big deal."

Just how big a deal is it? Well, consider that the U.S. dropped the first atomic bombs on Hiroshima and Nagasaki, Japan, in August of 1945. According to the Manhattan Engineer District's best available figures, approximately 95,000 people died due to the two blasts. The misery left among the living from the cities was unbelievably dreadful.

Most of us would prefer not to think about the horrific destruction of Hiroshima and Nagasaki. Today, many question whether such force should have ever been used. Still, the American Journal of Medicine says that in 2016, as many as three million global deaths were attributable to alcohol consumption. That's approximately thirty combined Hiroshimas and Nagasakis worldwide.

In America, alcohol-related deaths have doubled since 1999, with over 70,000 fatalities annually. That's more every year than the number of people killed in the blast of Hiroshima, and none of this accounts for the wave of misery always left in alcohol's wake. The deprivations and sufferings are incalculably high.

Just like the second-hand harms from cigarette smoke, alcohol use can also result in what is known as "second-hand harms." This includes being in a traffic crash or being a passenger in a vehicle with a drunk driver, harassment, feeling threatened or afraid, belongings ruined, property vandalized, being pushed, hit or assaulted, family or marital problems, and financial troubles.

Alcohol-related harms are a big deal for me personally.

A couple of years ago, a body was found floating in Crabtree Creek behind Crab Tree Valley Mall in Raleigh. CBS 17 News reported the unnamed man had a drinking problem, was homeless, and lived under a nearby bridge. Witnesses said he had been missing for a few days before his body was found.

That man was my brother-in-law, John Christopher Doumar. His family affectionately called him Chris.

According to what police told my wife, some of the other homeless people said the night he went missing, it was raining, and the creek was swollen and swift. Chris was "fall-down drunk" that evening and fell into the creek, they said. They lost sight of him in the darkness, and apparently, he was too intoxicated to fight the current and get out of the water and he drowned.

View the news story here. The story ran on television before the authorities had contacted the family.

Chris came from a good home. He was one of the most charming, intelligent, and talented individuals I have ever known. All of his family, including my wife and I, tried very hard to help him. We all loved him deeply, but his life was ruined and ultimately lost because of his alcohol addiction.

Chris's story is not unique. Hundreds of thousands of families could tell a similar story. 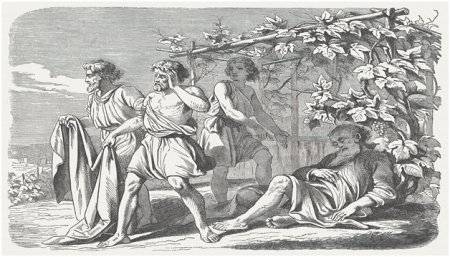 I think it's notable that the first mention of alcohol in the Bible (Genesis chapter 9) is associated with Noah's intemperance – a sign or a warning of the same connection from that period to the present.

A Jewish legend says that when Noah planted his vineyard, he killed a sheep, a lion, an ape, and a sow pig. He then mingled their blood and poured it on the roots of the vine. Since then, says the legend, the use of alcoholic wine has been attended, in succession, by the placidity of the sheep, the boldness of the lion, the nonsense of an ape, and the filthy brutishness of a sow.

Of course, the standard response to these tragic consequences is to claim moderation is the answer. Moderation may indeed improve matters, but it won't remedy alcohol-related harms.

Drinking in moderation is well-known for increased drowning risk and injuries from violence, falls, and motor vehicle accidents. It's also associated with an increased risk of female breast cancer, oropharyngeal cancer, esophageal cancer, and harmful medication interactions. Moreover, moderate drinking has been linked to the risk of Fetal Alcohol Syndrome in the children of women who consume alcohol during pregnancy.

April is National Alcohol Awareness month, which is a great time to start thinking about the role alcohol plays in our lives. No matter how many times I witness it, I'm always a bit shocked whenever I encounter someone who has yet to discover that alcohol is a big deal.

Let me repeat it: alcohol is still a big deal. It's bigger than ever! In fact, I suggest it's the most underestimated social problem of our time.