Rev. Mark H. Creech
Cracker Barrel: No apple pie, but they got booze 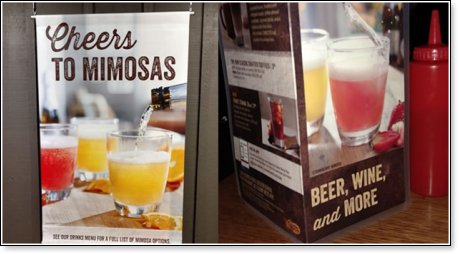 If you've been to Cracker Barrel lately, you might have noticed something new and different on the menu – alcohol.

Recently, my wife Kim and I went to Cracker Barrel and enjoyed a wonderful home-cooked-style meal. Afterward, Kim asked for a slice of apple pie. "I'm sorry," said our server, "but Cracker Barrel no longer serves apple pie." I replied, "Young lady, you're just the server at this establishment, and I know you're not responsible, but I want you to take a message back to management for me." She said, "Certainly, sir."

I then proceeded to say:

"I find it disturbing a restaurant such as Cracker Barrel – one that my family has enjoyed for years, one that celebrates tradition, hard work, and core American values – finds it more important to have alcohol on its menu than to continue serving good ole American apple pie! I suppose the change reflects current trends, but it doesn't speak well of Cracker Barrel. Does alcohol have to be everywhere? Is there no respite for families who choose not to drink and would prefer to go somewhere on occasion where it isn't served?"

Within only minutes, the manager of Cracker Barrel was at our table. I repeated my concerns. She was very gracious and said she understood completely and would pass my concerns along to corporate headquarters in Lebanon, Tennessee.

Well, I don't intend to wait for her to do it. I'm going to speak to corporate myself. I plan to be courteous when I talk to them, but I want them to know the Cracker Barrel that sold apple pie, and not booze, is the one many customers such as me preferred.

It just doesn't seem like Cracker Barrel anymore when I look at the table next to me and see numerous empty beer cans. Moreover, it's not comforting to know the folk at that table just left and got back on the highway.

Granted, America is free, and thank God for it. But freedom is real only insofar as its proper relationship to others. Freedom should be restricted at the point where the rights of another begin. So please don't talk to me about one's freedom to drink or any establishment's right to sell alcohol, when those of us who don’t drink have to pick up the tab for the sky-high social costs of drinking. Where is our freedom? We're chained to it whether we choose it or not.

How high are these social costs? Verywellmind.com says alcohol use and abuse is estimated to cost this country more than $249 billion each year. That amounts to at least $807 per citizen or roughly $2.05 per drink. That's a price tag everyone pays.

The CDC believes that the $249 billion in annual costs is largely underestimated, in part because many injuries and alcohol-related health problems remain either reported or undiagnosed. Moreover, many of the workplace losses—such as those related to absenteeism—cannot be measured directly, making it difficult to place a dollar value on such losses.

To complicate matters even further, the $249 billion in alcohol-related expenses do not include $193 billion lost to illicit drug use, a figure described in the Surgeon General's 2016 Report on Alcohol, Drugs, and Health. Since people can use alcohol and drugs at the same time, some of the $193 billion attributed to drug use may be partially caused by alcohol.

I don't mean to be sanctimonious. Still, some of us, I think, are sick of alcohol – sick of its signage everywhere – sick of our youth's exposure to it – sick of the light-hearted jokes and attitude about it despite the pain it causes – the death and the carnage. Most of all, some are sick and tired of the lack of respect for those of us who choose not to drink.

Bring back the apple pie. Forget the beer, wine, and mimosas. It ain't fittin, I tell ya. The alcohol sold at Cracker Barrel doesn't match the store and restaurant's theme through the years. Moreover, it was nice when folks like myself could go there and not have the alcohol shoved in our faces.

I'll be calling Cracker Barrel about this; if you feel the same way, you might want to contact them too.

Ahh…they got no apple pie, but they got booze.