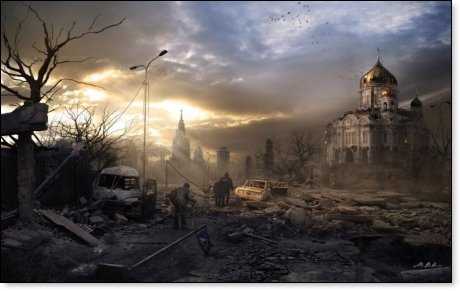 Recently, there was an article in the New York Post titled: Nostradamus Predictions for 2023: An Antichrist Arrives, World War III and the Monarchy Dies. The author, Reda Wigle, explained that Nostradamus’ popularity had endured the centuries since he wrote Les Prophéties in 1555. The book contains his predictions as far into the future as A.D. 3797.

Wigle sarcastically notes that no one seems to grip us “with grim quite like Nostradamus.” His prophecies foretell wars, pestilence, natural disasters, civil unrest, political assassinations, and other sunny stuffs. The seer has been “credited with foretelling the Great Fire of London, Hitler’s rise to power, the September 11, 2001 attacks, and the COVID-19 pandemic, to name a few.” So, people are naturally curious, says Wigle, “what fury and hellfire lay in store.”

There is, however, one fundamental distinction between the predictions of a clairvoyant like Nostradamus and a genuine prophet of God. The prophet of God always gets it right. His prophecies always come to pass because he’s getting his information straight from the Lord. Wigle readily admits Nostradamus’ predictions, more often than not, “muddily miss the mark.”

In The New Evidence that Demands a Verdict, apologist Josh McDowell says:

“Throughout the New Testament, the apostle appealed to two areas of the life of Jesus of Nazareth to establish his Messiahship. One was the resurrection, and the other was the fulfillment of messianic prophecy. The Old Testament, written over a one-thousand-year period, contains nearly three-hundred references to the coming Messiah. All of these were fulfilled in Jesus Christ.”

The prophets who spoke of the coming Messiah, the world’s Savior, got their information directly from on high. The fact that each of their predictions concerning him were fulfilled establishes their credentials as true prophets of God.

In Revelation chapter 6, the apostle John, another genuine prophet of God, who tells of the Second Coming of the Messiah, predicts the world will be overwhelmed with mass deception, war, hunger, disease, Christian martyrdom, and colossal cataclysmic disturbances before Christ establishes his earthly kingdom. John writes:

I watched as the Lamb broke the sixth seal, and there was a great earthquake. The sun became as dark as black cloth, and the moon became as red as blood. Then the stars of the sky fell to the earth like green figs falling from a tree shaken by a strong wind. The sky was rolled up like a scroll, and all of the mountains and islands were moved from their places.

Then everyone—the kings of the earth, the rulers, the generals, the wealthy, the powerful, and every slave and free person—all hid themselves in the caves and among the rocks of the mountains. And they cried to the mountains and the rocks, "Fall on us and hide us from the face of the one who sits on the throne and from the wrath of the Lamb. For the great day of their wrath has come, and who is able to survive?” (Revelation 6:12-17). 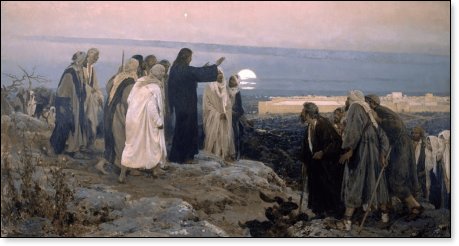 This time is one of universal terror. In what has been called The Olivet Discourse, Jesus instructed his disciples regarding this day, saying:

“There will be greater anguish than at any time since the world began. And it will never be so great again” (Matthew 24:21). Many Bible scholars have called these days “The Great Tribulation.”

Thomas Ice, who has written extensively on The End Times, provides a good summary of the Bible’s teaching on The Tribulation. He writes:

The Tribulation in Bible prophecy is the period of time that begins with the signing of a covenant between Israel and the Antichrist [this is the rider on the white horse] and ends seven years later at the second coming of Jesus Christ. The most extensive biblical comments on the Tribulation are found in the writings of John, specifically in Revelation 6-19. In these chapters, John provides a detailed exposition of the Tribulation days.

Daniel’s ‘70 weeks,’ prophesied in Daniel 9:24-27, are the framework within which the Tribulation or the 70th week occurs. The seven-year period of Daniel’s 70th week provides the time span with which a whole host of descriptives are associated. Some of those descriptive terms include Tribulation, Great Tribulation, Day of the Lord, Day of Wrath, Day of Distress, Day of Trouble, Time of Jacob’s trouble, Day of Darkness and Gloom, and the Wrath of the Lamb.

Some Christians maintain these passages are not to be taken literally and only apply to a time shortly after Jesus’ death and resurrection. More specifically, the sacking of Jerusalem by the Romans in 70 A.D.

However, this view seems seriously weakened by Jesus’ statement, which says the trouble of this period will be unlike “any time since the world began. And it will never be so great again” (Matthew 24:21).

The fall of Jerusalem was indeed a terrible time. Unquestionably, Jesus’ words foreshadowed the destruction of that holy city, and figuratively speaking, what happened in some ways matches Jesus’ prophecy in Matthew 24:1-25. Except, since Jerusalem’s devastation, much worse things have happened.

The time described appears to be a future stage that is global in impact. John says there will be a tremendous earthquake, a darkening of the sun and moon, the moon turns as red as blood, the stars fall, the heavens roll up like a scroll, and tremendous geological movements and disruptions occur.

These passages describe an impending age of unprecedented trepidation and horror. It is so terrifying; Jesus said people’s hearts would fail them for fear (Luke 21:26).

There are several plausible ways these events might take place. Some biblical writers and teachers reason a full nuclear exchange could create much of what’s expressed. The falling of the stars might be a meteor shower.

Nevertheless, Phillips also insists, “It is just as possible that what we have here is symbolic and depicts a total collapse of the establishment. The earthquake suggests that everything stable in society will be shaken. The disasters of the sun, the moon, and the stars suggest the downfall or the plunging into confusion of all governing bodies. The moving of the islands and the mountains indicates tremendous changes in constituted government.”

In Lectures on the Revelation, H.A. Ironside says that the stars falling from heaven indicate “the downfall and apostasy of great religious leaders, the bright lights in the ecclesiastical heavens.”

He says the stars in the first part of Revelation signified the messengers, the pastors of the churches. And, “[s]o it would seem clear that we are to understand the symbol in the same sense here. After the true Church is caught up to meet the Lord in the air [the Rapture], there will be a vast host of unconverted ecclesiastics left behind,” says Ironside. “Thousands of church dignitaries, Protestant and Romanist, who, though looked upon as guides in things spiritual, shall be manifested as utterly bereft of divine life – professional clergymen, who despite their pretensions and exalted calling, are simply natural men intruding into spiritual things…These are the stars who will be hurled from their places of power and eminence in that awful day of the wrath of the Lamb, and who, apostatizing from the last vestiges of Christianity, will soon become leaders in the worship of Antichrist.”

Something of this nature has already happened, and it will happen again but in a more significant way.

Richard Wurmbrand, who for fourteen years suffered in a communist prison for his faithful leadership as a pastor in the Soviet Union, gave a chilling account of what church leaders did when the communists came to power:

“The communist convened a congress of all Christian bodies in our parliament. There were four thousand priests, pastors, and ministers of all denominations. These four thousand priests and pastors chose Joseph Stalin as the honorary president of this congress. At the same time, he was president of the World Movement of the Godless and a mass murderer of Christians. One after another, bishops and pastors arose in our parliament building and declared that communism and Christianity are fundamentally the same and could coexist. One minister after another said words of praise for communism and assured the new government of the loyalty of the Church.” (From the book, Tortured for Christ by Wurmbrand) 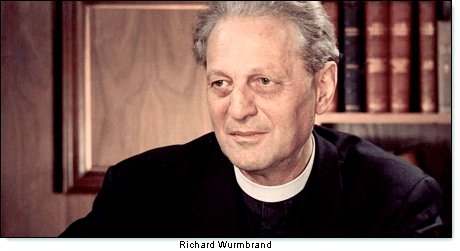 John concludes that, ultimately, no one is exempt from the judgment of the Almighty. It doesn’t matter if one is exceedingly rich and powerful or terribly poor and without influence; every life outside of faith in Jesus Christ will be weighed in the balance. All of the unsaved will be found wanting and see God’s face of righteous fury. On that day, no matter where people still living in sin choose to run and hide, they will not escape him.

All these prophecies concerning Christ’s return will come to pass, and not even one will fail. The Psalmist instructs on how to prepare:

“Submit to God’s royal son, or he will become angry, and you will be destroyed in the midst of all your activities— for his anger flares up in an instant. But what joy for all who take refuge in him!” (Psalm 2:12)