Tom DeWeese
Why property rights matter: Part 4  how to fight back 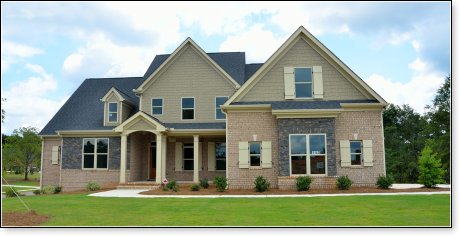 How do we effectively fight to restore private property, and our freedom of movement in America? Most think that just getting a president elected is the answer, but what if we lose that race? Or, what if we win the Presidency but lose the House of Representatives and the Senate? What chance do we then have to make any progress in protecting liberty? We have to live in the days after an election. We have to make our way forward in our lives. So, do we simply surrender and accept our fate? Or do we create a new path to protect and promote the ideals of freedom?

The first step to answer that question is to stop depending on one person, one icon to lead us forward. We must take the responsibility ourselves to assure that government does not move forward unattended. We need to be directly involved at every level, especially on the local level. Change the debate to attack anti-freedom policies, expose non-governmental (NGO) carpetbaggers hiding in the shadows dictating policy, force elected officials to be personally responsible for their actions, and organize to assure the election of leaders who promote and defend the principles of freedom.

Picture how different our nation would be if we dug in to create a majority of governors across the nation who understood and operated under the Tenth Amendment which acknowledges the States power to stand against Federal overreach. What if you had a county commission that refused to participate in non-elected regional government? How would your life change if your city council was made up of individuals who guided your community under the three pillars of freedom, including protection of private property, encouragement and support for local businesses to operate and compete in free enterprise, and the lifting of rules and regulations that stifled personal choices in your individual life? How do we make all of that a reality? Set a goal to turn your local community into a Freedom Pod.

Simply focus on making these goals a reality in your community and, if successful, as prosperity spreads, the idea will certainly spread to a neighboring community, and then to the next. The challenge is to create a successful blueprint and a cadre of dedicated elected representatives that will begin to move from the local into the state level of government. That will set the stage for effecting a federal government as conceived by our forefathers. The result will be the growth of Freedom Pods across the nation.

For several decades the radical Left has been dedicated in its efforts to organize at every level of government while advocates of limited government failed to do the required dirty work of local organization and activism to protect our freedoms. We gave the Left a pretty clear playing field to organize and seize control, and now we are suffering under the result. For the dedicated Left, no position is too small. No appointed board is ignored. When was the last time local Conservative activists cared about positions like City Attorney? Yet these are the very officials who are enforcing the COVID-19 lockdown policies, dictated by governors and mayors. After witnessing this current election crisis, dont you wish people with Conservative values had been interested in gaining positions on the local Board of Elections? Local government is now infested with Planners, NGOs, and federal agencies dictating policies. And the only reason they have power and influence now is because the Left fought to elect representatives who then gave it to them. So, if you want to transform your community into a Freedom Pod you must start from scratch.

Here is the end game for the forces of freedom. No matter who is president, we must take control of our cities, counties, state legislatures, and governors. Only then can we stand up the potential tyranny from Washington, DC. To live your life as YOU choose, start to grow your Freedom Pod today.

The American Policy Center (APC) is now working with organizations across the country to train and motivate local residents to take action in their own communities to begin to push back and restore American freedom. APC has created a Local Activists Handbook and a Tool Kit to help with training, and improving communications between activists and organizations, to share tactics, ideas, and successes. Learn more at www.americanpolicy.org.