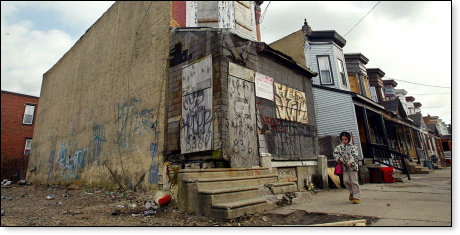 You are a poor minority living in a government housing project called Affordable. Its all paid for by the tax dollars of mostly middle-income Americans. Included in still more government programs are monthly checks and coupons to supply food, free healthcare, free education, and lets also throw in free cell phone.

Does that not make us a generous nation? Are not the poor well cared for and satisfied? Arent the taxpayers proud of their contribution to the common good?

The answer to every one of these questions is NO!

First, consider these facts about that stipend income from the welfare check. Originally, it was called assistance and the purpose was to help out when the paycheck wasnt quite covering needs. Then that system was changed and the welfare check means you cant hold a job as you are collecting that monthly check. If a recipient even tries to put some away in savings, just an attempt to get ahead, it is confiscated and possibly the welfare check stops. Its no longer assistance during hard times. Now its control.

Then there is that public housing situation. Heres what its like to actually live in those government projects. In many cites these neighborhoods are drastically rundown in disrepair as lights, air conditioning, and appliances fail to work. The roof leaks, windows are broken, and the plumbing backs up. Trash around the grounds is in ever-growing piles, is rarely, if ever cleaned and hauled away. Dont even think about any kind of yard work to create a place for the children to play. Worse, the residents live in fear of gang elements like MS-13 that have taken over the neighborhoods to rule as their territory. Pimps, pedophiles, and drug dealers prey on the children. And no matter how many times residents may ask for repairs, it never happens.

Why are the conditions so bad in this government-controlled housing? Government is a monopoly that has no incentive to be efficient. The taxpayers are forced to pay and the money rolls in so the politicians can puff out their chests over how generous THEY are in helping the less fortunate. Meanwhile, the management of these properties is by government bureaucrats with no personal stake in the projects. Their paychecks keep rolling in, no matter what happens to the properties they manage. Only private owners care about the condition of their property.

In such an atmosphere, the inherent hopelessness leaves little room for making future goals for their lives. There is no way out once the system has a hold on you. By herding African-Americans, other minorities, and low-income families like cattle, the government is committing them to a future worse than poverty. They have lost their rights, their choices, and their ability to excel through self-determination and personal growth.

Yet, proponents of governments fair housing want you to think that those favoring the programs are the compassionate ones, helping minorities to survive in an oppressive capitalist world of the rich. Essentially, fear is the common tactic used to keep minorities in their programs. Anyone who opposes their system of control and, instead, argues sound economics and a system of equal opportunity, is accused of heartlessness and racism, determined to pull the plug on their lifeline.

To promote the fear and division, politicians, the news media, and the public education system continually drive home the message that our nations founders created an oppressive society in which Whites got all the goodies and minorities are deliberately oppressed. In addition, goes their propaganda, the free enterprise system is designed to take the money from the poor and put it in the rich mans pocket. The result is strife, jealousy, and hatred between the races.

This, then, is the announced mission of todays Democrat party and the official policy driving the Democrat-controlled Congress and the Biden administration. They are determined to be the saviors of the oppressed. Government oversight, redistribution of the wealth, and social justice are the chosen tools to enforce equality.

However, its interesting to note that the U.S. government has been on a drive to artificially enforce equality since Lyndon Johnsons Great Society in the 1960s. Trillions have been spent as government size and power has mushroomed, and a whole segment of the population has come under its control, all in the name of compassion. Yet, the only true result has been the massive growth of poverty.

Now this current failed government housing model is being prepared for all of us.

The new drive is to eliminate single-family home zoning protection. Our new controllers insist that such policy is really designed as a means for wealthy homeowners to self-segregate themselves from those they dont want living in their neighborhoods. Specifically they charge that private property ownership is racist. To establish true FREEDOM in America, they tell us we need to open these white privilege neighborhoods to allow federal fair housing programs, including high rise government rental units in every neighborhood. They claim single family home neighborhoods contribute to a growing housing shortage. Why, dont you know, we could put ten families in the area where only one now lives in those neighborhoods. Its only fair!

Baltimore, Maryland became one of the first cities to feel such pressure and threats as the NAACP sued Baltimore over alleged housing segregation. The NAACP argument was that Section 8 subsidized housing programs bunch people together, and that it only fuels more crime and other problems. Not fair!

The solution, says the NAACP, is to integrate the poor among wealthier families. Outrageous as it sounds, such social justice mongers actually accuse those living in affluent neighborhoods of self segregation for white privilege. Racism!

The pressure from these groups, has resulted in Baltimore being forced to agree to spend $30 million of tax-payer dollars over the next ten years to build 1,000 low-ncome homes in affluent neighborhoods.

Says Portland Commissioner Dan Saltsman, The lack of affordable housing is the greatest crisis facing our city right now. Perhaps he should take a long look at the twenty-year Smart Growth history of Portland in which massive amounts of land were locked away to limit the sprawl of the city. This led to land shortages, which led to bans on single-family homes, which led to the need for massive high rise apartment buildings, all of which led to higher costs and shortages of homes. Now, Portland has a crisis of low-income housings. Their solution is another tax on construction, driving up housing costs even more.

These same attacks on private property are growing across the nation. The Biden Administration is backing the bans on single-family home zoning as part of its official policy. Landlords are being labeled the new boogey men of our day, as taxes, rules, regulations, and even a ban on their ability to qualify potential renters as to whether they can afford to live in the building. Such policy is the destruction of private property rights, targeting an entire industry.

Of course, the government doesnt say it that way, preferring to pretend that denying people who cant afford to pay the rent to live in your property is discrimination. And how can the landlord survive and provide his property for housing if the tenant cant pay? The only result will be fewer landlords and fewer choices for housing. Housing shortage, indeed!

All of these policies, instituted in the name of social justice and redistribution of wealth, will very quickly lead to one final solution. Private homes, privately owned rental properties, and the individual owners ability to prosper, will disappear. That means the rule of law is dismissed in favor of fairness. Social Justice is purely based on redistribution of wealth. Your wealth. Thats money you worked for, saved, invested, and protected for YOUR needs; YOUR dreams; YOUR future.

Eventually  and very soon  the only source of housing will be from government. Take a good look at the destroyed neighborhoods now under government control and see your future. Property rights and personal ownership is an equal opportunity for everyone to build wealth and freedom. Its how the United States quickly became so prosperous. Government destroys personal choice, incentive, and the wealth created from it. Its the reason we are now plummeting into poverty.