Tom DeWeese
The threat of National Heritage Areas and how to stop them: Part three 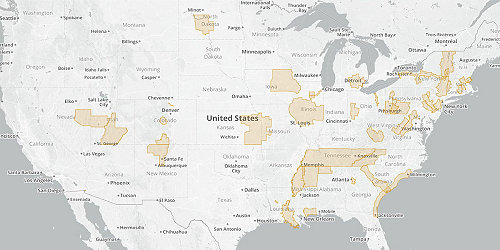 National Heritage Areas serve as a valuable tool for the forces of control. Allow them to grow and watch as private property, community development, and even the community tax base necessary for existence disappear. Keep in mind the goals of a full Sustainable reset of society. Rural areas will be uninhabited, with farming tightly controlled on specific lands, and communities unable to expand beyond established boundaries. Energy sources, water availability, cable, and internet services will only be provided in specific chosen areas. National Heritage Areas are the perfect stealth tool to put such plans into place. Local resistance is the only effective way to stop this scheme of control.

Local forces were able to effectively stop the Caddo Lake NHA in a very rural area of Louisiana when the locals took effective public action and let the sponsoring Congressmen know there was strong opposition. In a panic over the surprise opposition, the sponsoring congressmen pulled the bill. NHA legislation begins in Congress where it must be passed. Thats where is can be stopped at the very start. Many congressmen mistakenly think NHAs are just a great way to honor history. To stop the legislation requires that local citizens speak out. Condemn them as a stealth land grab as money is funneled through the National Park Service to a horde of NGOs to push their private agendas. That must be the focus. Demand that your Congressman reveal who is going to get the money and for what purpose.

Another way to stop NHAs is to pressure any county boards that are inside the borders of the Area. Thats how we stopped the proposed Crooked Road NHA in Virginia. A majority of County Commissions stood up and opposed it. The sponsoring Congressman talked to me and I informed him of all the pitfalls. Instead he went to the public and told them he was working with me to make sure the bill was a good one. It was a total lie and I sent out an action alert saying so. The County Supervisors then began to vote it down. After more than half of the affected counties did so, he pulled the bill.

A few years ago I asked one co-sponsoring Congressman why he was supporting NHA legislation. He answered that it was to support tourism. I told him he could do that simply by issuing a Congressional Proclamation declaring the area special and then the local Chamber of Commerce and historical society could use that proclamation to promote the area. He agreed and proposed such a bill. It was quickly voted down because NHAs are not about honoring historic places. Almost all real historic places are already preserved. This is about a land grab to control development and enforce one-size-fits- all rules and regulations as promoted by the NGOs feeding off the Park Service money.

Here are some questions to ask officials who are supporting NHAs:

The best way to fight this is through exposure. To stop NHAs requires swift, strong opposition. Take these suggested questions and keep asking them. They have no answers. They may well pull the legislation out of frustration. The folks in Shreveport went door to door in the affected area and passed out flyers showing how the residents would be victims of the designation by explaining how related regulations would affect them. They also packed city council chambers and made reasonable presentations and told the councilmen they could stand up and stop this. And they flooded the Congressmens phone lines in opposition.

Ask the local media reporters these same questions. Do not let anyone automatically accept that the proposed NHA has anything to do with heritage preservation. It doesnt  at any level.

Start a social media page and reach out to neighbors that way. Keep a steady line of details and actions posted. This will help it become controversial. And it will grow. That can become a powerful tool. The Shreveport grew from 5 people to 4,000 by using social media in this way.

Finally, do this; Research to find which NGOs are in line to get the Park Service funds. Development Planners? Environmentalists? Relentlessly drive home the question  what do any of these have to do with Heritage preservation?

These are the ways to fight. You cannot stop them unless you create major vocal opposition. You can recruit local officials by asking them reasonable questions, as listed above. Act fast, and with some power. A well-organized group of ten people can lead this to victory and it can happen quickly. Dont allow them to build their own momentum. Stop it now!

The big government control freaks well know that those of us who want to reduce the size of governmental influence over our lives, strongly opposed the massive environmental sustainable agenda, such as the Green New Deal. They also know that we love our country and want to honor and preserve our heritage. The creation of National Heritage Areas is a calculated and cynical tactic to pull us into supporting the very policies we have so strongly opposed.

The fact is, National Heritage Areas can still be stopped at the local level. I know because Ive helped to stop three of them. Stand up, stop them when proposed in your area, and truly honor our heritage by keeping big government under local control.