Tom DeWeese
What part of Agenda 21 didn’t you get?

Written by Kathleen Marquardt, an associate of Tom DeWeese at American Policy Center 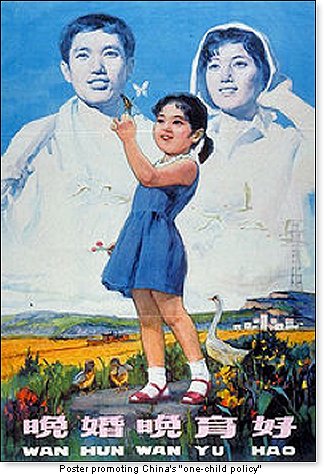 Sorry, but we have been telling you for over 30 years that the globalists want to reduce the population by over 90%. I can understand why, for a while, some thought we were crazy. Population reduction was being done quietly through abortion, vaccines to sterilize people in Third World countries, promoting the gay lifestyle that can only bear children through surrogates, and convincing people that bringing a child into this world is a sin.

For years, the Left has bemoaned the burden of "overpopulation"—

“It’s terrible to have to say this. World population must be stabilized and to do that we must eliminate 350,000 people per day.[1] This is so horrible to contemplate that we shouldn’t even say it. But the general situation in which we are involved is lamentable.” Jacques Yves Cousteau

“Either we reduce the world’s population voluntarily or nature will do this for us, but brutally.” Former UN Under-Secretary-General Maurice Strong, at one point a resident of Beijing

'We may get to the point where the only way of saving the world will be for industrial civilization to collapse." Maurice Strong quotes

"The world’s population has more than tripled to seven billion since Ted Turner was born 73 years ago. He believes it must be stabilized at near two billion, or 'we’re just going to have more and more catastrophes.'” Summary of Ted Turner video at global nonprofit The Bridgespan Group (which is affiliated with Mitt Romney-connected Bain & Company of Boston)

“What we need to have for 100 years is a one-child policy…. If everybody voluntarily had one child for 100 years, we’d basically be back to two billion people.” Ted Turner

The biographer of billionaire investor and donor Warren Buffett describes the investor as "having 'a Malthusian dread' of population growth among the poor. In 1964, he set up an Omaha foundation centered on stopping that growth, both domestically and abroad, and to this day, the New York Times summarizes, 'most of the foundation’s spending goes to abortion and contraception.'”

Buffett’s charity, the Susan Thompson Buffett Foundation, has contributed $1.5 billion to help fund the abortion industry in the U.S., making it the largest financial backer of abortion in the country. Between 2003-2018, Buffett’s foundation donated $565 million in support of “reproductive rights.” His first public undertaking came in 1952, when he initiated the convocation of the Conference on Population Problems, in Williamsburg, Va. The discussion took up food supply, industrial development, depletion of natural resources, and political instability resulting from unchecked population growth. The presence of medical doctors, chemists, geologists, economists, and other scientists gave serious weight and prominent attention to the emerging and unrecognized facts of demographic change.

Soon after this conference in 1952, John D. Rockefeller III established The Population Council. From philanthropic funds at his disposal, he provided $1 million within the first year of operations.

“If the millions of dollars which are now expended in the care and maintenance of those who in all kindness should never have been brought into this world were converted to a system of bonuses to unfit parents, paying them to refrain from further parenthood, and continuing to pay them while they controlled their procreative faculties, this would not only be a profitable investment, but the salvation of American civilization."

At that time, she added, “I believe that now, immediately, there should be national sterilization for certain dysgenic types of our population who are being encouraged to breed and would die out were the government not feeding them.”

Until the mid-1960s, American population control programs as envisioned by Margaret Sanger, both at home and abroad, were largely funded and provided by private organizations such as The Population Council and Planned Parenthood—groups with deep roots in the eugenics movement. This situation, however, "changed radically in the mid-1960s, when the U.S. Congress, responding to the agitation of overpopulation ideologues, finally appropriated federal funds to underwrite[,] first[,] domestic and then foreign population control programs. Suddenly, instead of mere millions, there were hundreds of millions and eventually billions of dollars available to fund global campaigns of mass abortion and forced sterilization. The result would be human catastrophe on a worldwide scale."

Now, besides using the COVID vaccine to sterilize people, the globalists are getting up-front about eugenics.

They actually have become comfortable saying they want to reduce the population and now we are seeing our food supply being shut down. Hmmm. Do you think there might be a connection? Food storage and production plants burning down. Farmland gobbled up by the global elites. Big portions of 5 states being made sterile so carbon (which is not deleterious to us or the land or the air) can be piped a thousand feet below the surface.

Some of us little people are up in arms over the promotion of electric vehicles (EVs) over “gas guzzlers.” Could it be that the intention is that the rich will be the only ones who can afford to purchase them? Under Agenda 21, nobody but the rich are supposed to be left on this earth to want to purchase them.

When you see something that doesn’t add up, guess what? It probably doesn’t—in the real world—but it certainly will in the Agenda 21/Sustainable Development world, with its pseudoscience, veiled rhetoric, and hidden outcomes, all seemingly designed to shift power.[2]

As Democrat career diplomat and "global citizen" Richard Gardner notes in his 1974 article “The Hard Road to World Order”: “In short, the ‘house of world order’ will have to be built from the bottom up rather than from the top down. It will look like a great ‘booming, buzzing confusion,’ to use William James’ famous description of reality, but an end run around national sovereignty, eroding it piece by piece, will accomplish much more than the old-fashioned frontal assault.” And that is exactly what we are seeing in our schools, in movies and television, even in governing bodies. There it is, in black and white, stated almost 50 years ago, now in full bloom. And using asymmetrical warfare—nary a shot fired—yet.

This has been the plan in the making for over 100 years. Those behind it have had pretty much free rein for most of that time. Oh, yes, we have had victories over the years, but in the scheme of things, they are but blips. I’ll drop my snark and quit bemoaning the fact that too many felt more comfortable being conned—it was easier.

It is time to get to work, to get the silent majority speaking out, building freedom pods, organizing their neighbors to be a bulwark against the aggression that will soon be upon them. Our civilization can only survive if we stand up en masse and in time. We are doing just that. And achieving great victories. But, so far, our victories are few compared to the Left’s. Please don’t wait until the food runs out before you speak out. The seeds of Agenda 21 were spread beginning at the end of the 19th century, sown again in 1976 in the Vancouver Declaration, and birthed again in 1992 at the Rio Earth Summit, and they have gone through early childhood and adolescence with the Millennial Goals, Goals 2020, and are maturing with the Green New Deal and the Great Reset. We didn’t nip Agenda 21 in the bud, but we need to take its head off now before it is too late.

Get organized and stand up for what is right.

[1] 350,000 people per day would amount to 128 million per year—or roughly the combined populations of Great Britain and France.

[2] Agenda 21—which is viewed by informed conservatives with deep distrust because of its potential to harm existing people, systems, and nations—is a blueprint for an unprecedented shift in the world order on a massive scale, despite being billed as a “nonbinding” set of harmless premises and common interests.

This brainchild of ambitious personalities connected to the UN appears to be the product of corporate, government, and academic professionals who have a vested interest in seeing the world re-ordered as a result of the plan, which is vague and fluid enough to move far beyond its original design and limitations.

And while most of the attention Agenda 21 has drawn so far among conservatives has focused on elements that concern property rights and land use (such as those labeled “Smart Growth”), the most dangerous and unstoppable aspects of the plan that deserve the most scrutiny are those that contain the word “population” in the text—of which there are fully 175 references, as revealed by a simple word search.

These “stealth” initiatives are written as virtual invitations to consider unprecedented solutions, and could well result in major policies designed to limit the world’s population, as China has disastrously implemented in its country for decades.