Tom DeWeese
On the eve of destruction: Part 1, From our forefathers to our four fake fathers 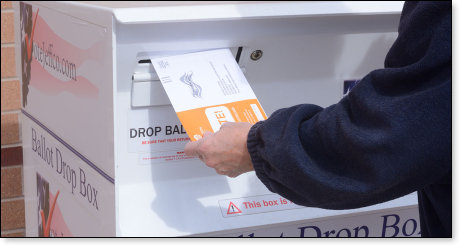 But you tell me

How you don’t believe

We’re on the eve of destruction

Today, we are under enormous pressures to replace our political, educational, and religious (social) structures that were set up to protect the individual, to educate our children with the necessary knowledge, and give them the ability to understand and contribute to the continuation of our way of a life of liberty. Yet this pressure toward a negative change has been on-going for decades. Today, we are seeing what seems to be the last “push”, the tipping point from freedom to Marxism – all in the desire for a one-world tyranny. What is quite obvious is that this is not from “the will of the people” but is being thrust upon us and secretly has been in the works for too long.

Instead of following the sage advice of our Forefathers, we are being led by the nose by “our four fathers” – Gates, Fauci, (Maurice Strong’s weaker, dumber replacement) Schwab, plus Kissinger (and the wannabe, Obama).

At the close of the Constitutional Convention of 1787, Benjamin Franklin responded to a woman who asked, Dr. Franklin, what have we got, a republic or a monarchy? His reply was “A republic, if you can keep it.” Obviously, that republic has been chiseled down so often that it offers little or no resemblance to a republic. Those working toward a one-world government have been calling our government a democracy for many decades, inuring us to thinking of it as one rather than a republic. A democracy is the rule of the majority; a republic is the rule of law protecting the God-given natural rights of every individual. What the globalists are trying to foist on us today through the U.N. Declaration of Human Rights are rights given to us by those in control. Our republic was designed to protect our rights, not to declare what rights the powers-that-be will allow us.

While individuals and groups have warned us from the beginning, they have been ignored, unheard. A significant factor in that cover-up has been via the media of movies, television, newspapers, and textbooks. They all have been coordinated to put out the same messages at the same time, making it seem as though there was no other “take” on the actions and incidents happening. One might think that the people would catch on after seeing the exact same words, sentences, and whole paragraphs mimicked across all networks – and much of the world. But, regretfully, the masses have succumbed to mass psychosis of implanted ignorance.

How could this have been done so easily and with little push-back?

The answer can be found in Auguste Comte’s [1] System of Positive Polity, published in four volumes between 1851 and 1854. His system is one of a “new spiritual life and new material life.”

We are now, in the vanguard of Humanity, the beginning of the end of this long education of Man; for we can clearly trace its general feature, now that we have founded the new Science of Sociology, and as a deduction from Sociology, the Universal Religion. Five centuries of anarchy have passed even in the West, since the last phase of the preparatory eras closed with the Middle Age. We must see in this how urgent is the need of a new reorganization; a new spiritual life first, and then a new material life.”[2][3]

The belief system has to be tackled before the new political system can be installed. And the only belief system the globalists need to dismantle is Christianity; it stands in the way of all the globalists. This new belief system was introduced and inculcated through the education system. The three-legged stool of sociology/Marxism. Our country, America, was founded on the morally-absolute Judeo-Christian principles enumerated in the Ten Commandments. Positivism: a philosophical system that holds that every rationally justifiable assertion can be scientifically verified or is capable of logical or mathematical proof, and that therefore rejects metaphysics and theism.

What is to replace Christianity? Comte calls it the Religion of Humanity; globalists have formed the World’s Council of Churches that is to encompass all religions together – a witch’s stew, for sure. Comte called it Positivism: the theory that laws are to be understood as social rules, valid because they are enacted by authority or derive logically from existing decisions, and that ideal or moral considerations (e.g., that a rule is unjust) should not limit the scope or operation of the law.

Stop. Digest that last sentence. First, laws are to become our sphere of existence whether they are moral or not! I am so naïve. Apparently, right and wrong, good and evil are no longer the yardsticks of morality. Forget Christianity. Forget the moral absolutes. But don’t forget religion; just don’t call it religion. Positivism is a religion, taught in our schools under the title of Sociology.

In that same vein, we have “scientific socialism” (now technocracy) from Pierre-Joseph Prudhon in 1840, that “… in a given society, the authority of man over man is inversely proportional to the stage of intellectual development which that society has reached; and the probable duration of that authority can be calculated from the more or less general desire for a true government, — that is, for a scientific government. And just as the right of force and the right of artifice retreat before the steady advance of justice, and must finally be extinguished in equality, so the sovereignty of the will yields to the sovereignty of the reason and must at last be lost in scientific socialism.”[4]

From these roots, we get to the collective, communitarian, “it takes a village” thinking. In other words, we are too ignorant, too caught up in silly ideas like individual rights, freedom, moral absolutes, live-and-let-live, to understand what the global elites are trying to do for our own good – not theirs. They are being the ultimate humanitarians, thinking of we the little people instead of what their wants and needs might be. “Everything we have belongs then to Humanity; for everything comes to us from her–life, fortune, talents, information, tenderness, energy, etc. . . The whole of the Positive education, intellectual as well as affective, will familiarise us thoroughly with our complete dependence on humanity, so as to make us duly feel that we are all necessarily meant for her unintermitting service.”[5]

Perhaps our global elite missed the feminine pronoun there. If you haven’t noticed, there are few women (are there any?) in the higher ranks of the New World Order. Yes, there are token ones, but none sitting at the top with the likes of Schwab, Gates, or Soros. Oh well. At least Hillary isn’t lording it over us.

In Klaus Schwab’s COVID-19: The Great Reset, he explains that the “essence of the 21st century is Interdependence, a by-product of globalization and technological progress.”[6] He goes on to state that “globalization and technological progress have advanced so much over the past few decades has prompted some pundits to declare that the world is now ‘hyperconnected’ – a variant of interdependence on steroids!”[7]

Schwab, in his Great Reset, would have us believe that we live in an interdependent world (forget national borders and sovereignty) which is a “world of deep systemic connectivity, in which all risks affect each other through a web of complex interactions …; these risks — economic, geopolitical, and societal or environmental are interdependent and interconnected. In other words, we of the world population are going to all be treated the same, have the same god, and do what the globalists think the little people must do to “save the world from ourselves. That we, the world’s population of useless eaters will all be given the exact same Universal Basic Income, own nothing because the globalists will let us rent the bleakest basics, and yes, we who will own nothing will be owned — thats a law of nature. They, being so far above us, have no restrictions; but that is okay because there are fewer of them thus their carbon footprints, even though much larger than ours, don’t need to be addressed. They are the gods. And global warming is their myth projected on us to grab control.

But how to spread the word? Through the churches, synagogues, mosques, ashrams? That might be the way if the need was to convince and convert all peoples in the world. But the globalists understand that America and the West were all that needed to be weaned on a new religion; one of political correctness and rewriting history, of moral relativism and anything goes. To “make of many peoples one truly human race; we would form of many states one mighty and harmonious brotherhood of nations, over whose bounteous fields, tilled by enlightened industry, guarded by establish justice, and reaped by willing hands for happy homes, shall bend forever the bounteous skies of peace.”[8]

How were the globalists going to do this, inculcate Positivism into a country build on personal freedom, property rights, and the rule of law?

Next: Part 2 of Eve of Destruction

[3] I want to thank Erica Carle for the information on Comte.