Victor Sharpe
The will to fight for America 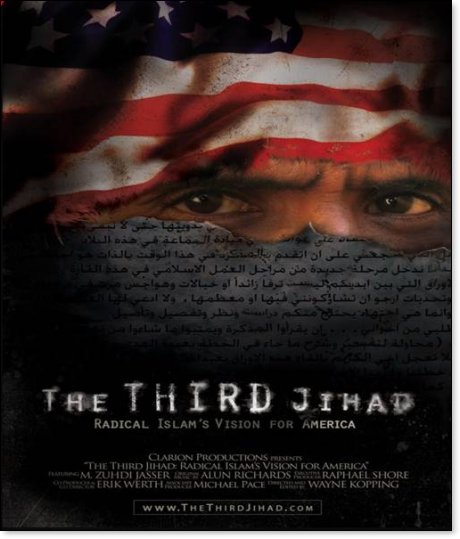 As Hitler's aggression grew ever more threatening prior to World War 2, Winston Churchill once said the following in Britain's wavering Parliament:

Whenever you hear the gruesome shriek in Arabic, "Allahu Akbar" preceding yet another Muslim atrocity, be it in Europe, the UK, here in America or worldwide, it is worth remembering those words of Churchill and what it will mean to live as slaves.

Allahu Akbar does not mean "God is Great" as the liberal talking heads, multiculturalists, diversity merchants and political correct praetorian guard never fail to tell us. No, it means Allah is Greater. In other words, Islam claims that it is infinitely superior to our Judeo-Christian faith and heritage and to all other non-Muslim beliefs in the world.

So when we hear the oh so predictable and breathtakingly ignorant 'progressive' elites lecture us that the latest slaughter of Americans by Muslims here in America is just a "mental health issue" or an incident of "workplace violence," remember they are warning us that we must never put two and two together lest we come to the obvious conclusion that the evil act is simple Islamic terrorism. Evil will always win if good doesn't fight back.

Too many good and decent people seem unable to understand this. Liberals, in particular, want nothing so much as to be seen as tolerant, caring and, open-minded. These attributes, of course, are precisely what evil uses to advance its agenda and secure ever more power and control over others.

This is how Islam is succeeding in its overthrow of democracy in our Republic by using it to subvert the Constitution and slowly but surely force us to live under barbaric Sharia law. For so many in the West, the fact that a 7th century ideology – that cannot and will not ever reform itself – is at war with us in the 21st century is unbelievable. Without understanding this nightmare reality lies our defeat.

Eric Utter wrote a recent article in American Thinker titled, Evil ascendant. In it he wrote:

"Evil never stops, is omnipresent, pushes, prods, changes shape and appearance. It cares not of decency, logic, whim, niceties, demeanor, manners, feelings, justice or fairness. Especially fairness." Thus the Democrat Party, in its growing and unholy alliance with Islam, is the very evil that has become the proverbial elephant in the room.

No doubt, the horror of that terror attack on 9/11 by Saudi pilots who were trained in America – and now this latest terrorist atrocity by a Saudi jihadi who was trained in Pensacola, Florida – are reason enough to severely limit and/or closely monitor such people who originate from hostile Arab and Muslim states. But I fear that such attacks here in America or as we have seen on London Bridge will yet again be cynically brushed off by the 'progressives' in their lamentable adherence to political correctness.

Since the horror of the Fort Hood massacre by the Muslim jihadi perpetrator, which took place some ten years ago, there has been a steady stream of this abiding evil with no end in sight. Mark Steyn pointed out that his fellow presenter, Kate Smyth, observed that the metaphorically blind, deaf and dumb elites would, "rather die than be thought of as "Islamophobic" – a made up word itself created by Muslim front groups to discourage justified criticism by non-Muslims of Islamic inspired terror.

Kate Smyth also referred to the brave Ayaan Hirsi Ali. She is the Somali Muslim who rejected Islam and suffered for it with jihadi threats of death. She now fights to alert the West of the horrors she herself has witnessed under Islam.

Unlike the anti-American and anti-Israel hate filled Somali woman, Ilhan Omar – who Nancy Pelosi cynically promoted to the Democrat run Foreign Affairs Committee – Ms. Ali explains that, because of the West's concerns with terror, "it has become blind to the broader threat of the dawa (Islamic proselytizing), the ideology behind the terror attacks – and what drives Muslims to Islamize us."

It follows that, as long as terrorism is contained to an 'Acceptable Level of Violence,' whatever that means, we won't hear about Islamic terrorism (let alone Islam). It seems that, alas, far too many folks in the West have lost the will to fight against or even acknowledge this evil.

Thus our disgraceful left leaning media reports what the Saudi king says, but without a word of rejection or disapproval. Here is what the king said:

"The Saudi people are greatly angered by the barbaric actions of the shooter, and that this person in no way shape or form represents the feelings of the Saudi people who love the American people."

Meanwhile this same king ignores the fact that several other Saudis allegedly delighted in videoing the atrocity. Meanwhile the same king pours billions of dollars into America to build ever more mosques, yet his regime disallows any construction of churches, synagogues, or Hindu or Buddhist temples anywhere within his kingdom.

And so the death toll mounts and even, after the catastrophe of 9/11, we are allowing ever more like minded immigrants/refugees from hostile Islamic nations to enter the United States and potentially inflict more and more death and misery upon a civilian population that is in danger of losing its will to resist.

Indeed, as if we needed more proof of the Islamic contempt for Americans, or infidels as they arrogantly describe us, a Kuwaiti Islamic "scholar" – Sheikh Muhammad Hammoud Al-Najdi – said in a show that aired last July on Al-Ma'ali TV and translated into English that:

"Jihad is a concept that exists in Islam and one of the purposes of Jihad is to break the power of the infidels and humiliate them."

This must end! But will it?

Victor Sharpe is a prolific writer and author of several books including his acclaimed four volume work titled, Politicide, which recounts past and present Islamic threats against the West and Judeo-Christian civilization. His new literary work is a children's story and coloring book titled, Dragon Rake.