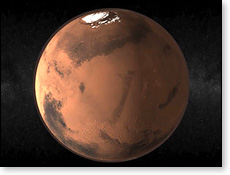 In the exotic luxury of Cancun, Mexico, hundreds of environmental gurus were enjoying the sun, tequila and whatever else took their fancy — all provided courtesy of the United Nations Climate Change Conference. Concerned as they were at "excessive carbon footprints," nevertheless many of the attendees had arrived in their own private jets. Not a little hypocrisy, it seemed, surrounded that junket.

President Barack Hussein Obama's notorious Cap in Trade policy was currently dead in Congress and the threat of higher taxes and further job losses to Americans was on hold. But the Environmental Protection Agency (EPA), as represented at Cancun, pushed hard for onerous taxes to be imposed upon gasoline and other raw materials, thus redistributing America's wealth to the developing nations. That was back on December 2nd, 2010, which happened to be the 40th anniversary of the creation of the EPA and, like the unelected bureaucracy that permeated Obama's regime, they were making no bones about their draconian plans to alter for the worse America's way of life and standard of living.

It was no coincidence that then Secretary of State, Hillary Clinton, was calling for the U.S. to donate $100 billion of U.S. taxpayer's money through the United Nations to developing countries. This was while the United States was reeling from a $1.3 trillion deficit, courtesy of much of the Obama regime's economic policies. Now, under President Biden, we see how that was mere ‘chicken feed’ in comparison to the trillions of dollars wasted by the current administration.

Both Obama’s and Biden’s regimes were, and are, creatures of the Left and are truly America’s misfortune.

A great deal of the present lunacy began when Al Gore ushered his revelation that the world was in peril from "Man Made Global Warming" now also called Climate Change. He took his theory and created a veritable new secular religion replete with its own priesthood and acolytes in abundance. It is now venerated by multitudes of adoring and unquestioning faithful, all worshiping his secular version of Holy Writ, known as "An Inconvenient Truth."

Like so many other beliefs, which labor under original and fundamental error, its believers arrogantly ridicule all doubters as heretics, not worthy of consideration. So far there has not been an actual auto da fé (a burning of perceived heretics) but, like the inquisitors who meted them out in the past, the faith of global warming will exact cruel and unusual economic punishment upon all who refuse to accept its doctrine as infallible.

Paul Johnson, a great British historian who never failed to pierce the veil of deception cloaking so much of our understanding of human foibles, once remarked to a friend who had become a recent convert to the belief in man-made global warming that, in fact, August, 2008 in England had been remarkably cold and miserable with "... torrential rain, a hailstorm, or two, cold, bitter winds and mists."

His friend agreed that "... the weather was unprecedented, and that England had never had such an August before." But then, true to all new and fanatical converts, his friend opined with righteous and unassailable conviction that nevertheless, it was still, "man-made global warming."

For the believer, the knee jerk reply to questions as to why there is too much sun, or too little sun, or drought, or floods, or freezing cold, is that it is all because of, yes you guessed it, man-made global warming. So, there you have it; a ready-made and unshakable dogma that encompasses and explains away all-weather patterns and natural disasters.

An industry has now grown up to support this new religion. Its congregants include the media, the weather channels on TV, politicians from the President down, and last, but not least, the pseudo-scientists who, as Paul Johnson pointed out, were ”like that 19th century guru: Karl Marx.”

Marx attempted to create a theory of scientific materialism, but the ideas were vague and not based upon empirical evidence. History has shown us that when they were applied by communist regimes, they proved costly and tragic human failures.

So now we have another theory and the priests and bishops of the new secular religion of man-made global warming are the Greens. They vociferously intervene in man's affairs, they brook no disagreement with their creed and they impose decrees, which leftist governments eagerly implement in policies that further propagate the new faith.

But, like the theories of Marx, the Greens' global warming doctrine contains little scientific fact yet demands much political action and abject compliance with its rules. The Left and the Greenies are not swayed any more than were the medieval priesthoods who refused to believe that their rigid belief in a flat world was wrong, or that the earth went around the sun and not the other way round.

Wind turbines now dot the landscape. They are not as picturesque as the old European windmills and time will tell whether we will be tilting at them with equal frustration as Don Quixote did in his time.

Paul Johnson suggested that they were a grotesquely expensive and inefficient form of energy and added that, "... the new windmills are hideous things, ruining the landscape." But don't tell that to the Greens as they promulgate the man-made global warming message and proselytize all who flock to their new faith.

There is an immense peril lurking beneath the words of the Greens; those faithful believers of the new religion. They target the United States and coerce its gullible politicians and the more than favorably inclined current Biden administration. They repeat, ad nauseam, that these are extreme times that require extreme measures. America is already accepting too many disabling restraints on its economy.

The world's only superpower will be economically, politically and militarily crippled and no longer able to defend human freedoms around the globe. Our allies will be left vulnerable as the true threat to the peoples of the earth – not bogus man-made climate change – but the real and existential dangers from Marxism, Globalism, Wokeism and the global Islamic jihad – will emerge stronger and more vicious as America falters.

The fanatics who blame man made climate change should consider the research carried out several years ago by one, Habibullo Abdussamatov, head of space research at St. Petersburg's Pulkovo Astronomical Observatory in Russia.

He said that global warming was equally apparent upon the planet Mars as it was upon Earth. The reason was because of "... long-term increases in solar irradiance, which is heating both Earth and Mars." In other words, it was the periodic activity of the Sun.

Abdussamatov believed that changes in the sun's heat output accounts for almost all the climate changes we see on both planets. "Man-made greenhouse warming may have made a small contribution to the warming seen on Earth in recent years,” he said, “but it cannot compete with the increase in solar irradiance."

Even though some 6,000 eminent scientists around the world provide contradictory evidence towards the notion of man-made global warming, the followers of the prophet Gore will have none of it. That is why they included the term, climate change, to obfuscate the matter. 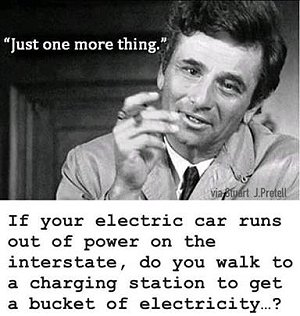 For the Greens and the environmentalists, the car is the main culprit and its eventual disappearance as a gasoline driven machine will, they are convinced, help end man made global warming. Bring on electric cars they chant.

But the Earth was once much warmer than it is today and the polar caps on Mars and Earth both display warming and cooling trends. The Jurassic and Cretaceous periods in earth's history make today's climate seem relatively cool and, as far as I know, there were no carbon emitting automobiles sharing the Earth with the dinosaurs.

And, after all, how many cars are there on Mars?