Victor Sharpe
The finger of doom 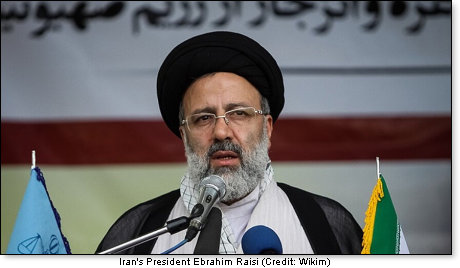 It was President Carter in 1979 who naively misunderstood the internal politics of Iran and let the Shah, Mohammed Reza Pahlavi, be overthrown by Islamists. Carter was overjoyed to let the Ayatollah Khomeini return from his exile in France to take over the Iranian state. Astonishingly as we look back now at his actions, Carter believed that he was undertaking a human rights agenda.

In return, the United States was to be deeply humiliated as its embassy in Tehran was overrun and its diplomats held as prisoners by Iranian “students,” among whom were numbered many of the present-day anti-American Iranian regime members, including the ex-Iranian president and certified fanatic, Mahmoud Ahmadenijad.

But Carter was clueless and gullible, believing that the Iranian Islamists, now that the Shah was removed, would usher in a period of Western-style democracy. President Obama, however, was neither clueless nor gullible. On the contrary, he fully knew what he was about and his unbecoming rush to embrace the Iranian mullahs was destined to become an historic catastrophe for the Free world, the West, and America’s few remaining allies in the Middle East. Obama’s Vice President, Joe Biden, went happily along with his master’s dire transformation of America.

Just a few years ago the Iranian people, desperately wanting a secular democracy, came out into the streets of Tehran in their millions to protest the horror of living under the mullahs. Obama turned his face from them, even as they were begging for his support, and a golden opportunity to free the Iranian people and, especially the many non-Iranian peoples who live under the mullahs’ yoke, was lost. Even now thousands of Iranians are protesting in the streets of Teheran and other cities against the mullahs’ massive funding of terror while the people starve.

Ambassador Ettinger wrote an excellent blog under the title, Second Thoughts: “In view of Obama’s malign plans on improving relations with the rogue and dangerous Iranian regime, one may wonder why U.S. policymakers have not learned from the disastrous consequences of Jimmy Carter’s human rights mistakes on Iran.”

We should never forget that the Iranian regime ordered the bombing of the American embassy in Beirut in 1983 killing 61 people and leaving 120 more wounded. Nor should we forget that the mullahs sent members of the Iranian Republican Guards as suicide bombers to destroy the U.S. Marines barracks in Beirut in 1983 killing hundreds of American soldiers.

The same Iranian terrorists blew up the Jewish Community Center in Argentina killing 85 civilians, including children, and maiming scores more. Over the years, Iran has financed and armed terrorist movements including Hamas, Hezbollah, Islamic Jihad, so-called rebel groups fighting in Syria and Yemen and has provided lethal improvised explosive devices (IEDs) in Iraq and Afghanistan which have killed and maimed hundreds more American soldiers.

The then leader of Iran was President Rouhani but it was the Supreme Leader, Ayatollah Khamenei, the all-powerful Shiite Muslim ruler of Iran, who gave orders to the regime. Khamenei adhered to the Koranic concept of Taqiyya, which requires all Muslims to lie and obfuscate to infidels; the term Muslims impudently call non-Muslims. This is the deceptive manner to be employed by Muslims when entering into agreements with non-Muslims. Such agreements with “infidels” are merely provisional and must be immediately abrogated and torn up as soon as the conditions favor the Muslim partner.

As Ettinger also pointed out, “… that is why the original November 23, 2013 agreement with Iran was a colossal mistake and provided Iran with the most essential resource – time – to attain nuclear bomb capabilities, thus transforming Iran from a tactical – to a strategic – threat.”

During the Cold War, it was President Reagan who called the U.S.S.R the evil empire, and so it was. But the Russian finger on the nuclear button was nevertheless a rational finger. Remember the U.S. and Soviet agreed policy of Mutually-Assured-Destruction (MAD)? The Iranian finger is anything but rational and must never be trusted in any similar agreement.

The Iranian regime includes fanatical mullahs who yearn for the apocalyptic coming of what they call the Twelfth Imam. Remember this same regime, whom President Carter so misguidedly helped usher into power, was willing and eager to let up to some 500,000 Iranian children die clearing Iraqi minefields during its long war against Saddam Hussein. Indeed, the mullahs and the then Supreme Leader, Ayatollah Khomeini, welcomed with great glee their future use of a nuclear weapon against Israel, the United States and whomever else in the crazed belief that such a worldwide catastrophe would usher in their Shiite Muslim Messiah.

Iran has sizeable ethnic minorities, many of which are, and have been, endangered by the regime. According to the United Nations Committee on the Elimination of Racial Discrimination, “over recent decades Iran has deliberately pursued a policy of exclusion towards Arab, Azerbaijani Turk, Baluchi, Kurdish and Turkmen communities.” Iran also has small pockets of Baha’i, Christian, and Jewish communities, all of whom face periodic discrimination and worse.

Even as the man President Obama was so eager to negotiate with, Iran’s then President Rouhani, was smooth talking the ever gullible West, and even as the secret negotiations between Iran and Obama’s policy advisor, the Iranian born Valerie Jarrett, was continuing, Rouhani was establishing ever firmer military relations with North Korea .

Bill Gertz, military correspondent of the Washington Times’, reported several years ago that the two rogue regimes were engaged on the joint development of a new long-range missile, capable of carrying nuclear warheads, which could reach the United States. Today Iran is selling drones to Putin’s Russia to be used against Ukraine.

In developing its nuclear weapons and the missiles to carry atomic warheads, Khamenei’s hand-picked president, Rouhani, while smiling at his duped Western counterparts, had every intention of sacrificing millions of Iranians in a nuclear war with what he called the Big Satan (America) and the little Satan (Israel). Current Iranian President, Ebrahim Raisi, now says that Teheran will make no nuclear negotiations with world powers. Therefore, all agreements with Iran are not worth the paper they are printed on, and President Biden and his Obama leftovers must take notice and end the insane appeasement of the Iranian regime. 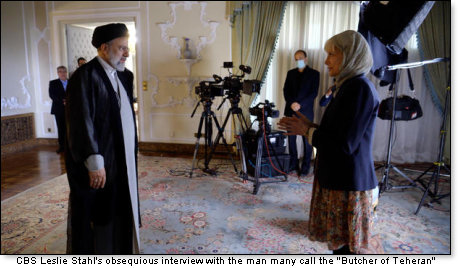 Shi’ite Muslims believe that the Twelfth Imam, or Mahdi, is the last in a line of saints, descended from Ali, the founder of their Shi’ite sect. The belief is that this Mahdi vanished down a well in 941 AD but that after the beginning of the apocalyptic wars, which Iran’s nukes will usher in, the Mahdi will be revealed and the entire world will submit to Islam.

This end times belief is the driving force that was behind Ahmadinejad’s incessant doomsday rants, and remains the undying belief of the Ayatollah Khameni, leading members of the Iranian regime, and tens of thousands of fanatical mullahs.

The finger on the Iranian nuclear button will, by no stretch of the imagination, be a rational finger. Rather it is the finger of doom.

Victor Sharpe is a prolific conservative writer and contributing editor. He is the author of seven published books including his four-volume work titled, Politicide, which details the 1,400-year-old Islamist threat to the West and Judeo-Christian civilization.