July 1, 2013
Edward Snowden is everything Dick Cheney and John Kerry say he is. Now there's an "odd couple" for you. But yes, it is widely agreed that Snowden is in fact a traitor. The government contractor was sworn to secrecy in his work with the National Security Agency. He violated that oath and went way beyond what is necessary for a "whistleblower" wishing to relieve a troubled conscience.

There are protections for honest whistleblowers. If Snowden's aim was to express angst over the massive information-availability on phones and e-mails, he could have done that without launching a campaign to release some of our government's most inner secrets.

On TV, Cheney bluntly (and not unfairly) called Snowden a "traitor." If the young man indeed does consider it "a high honor" to be called out that way by a former vice-president of the United States, then he is betraying his political motives. Not sure if all Democrats (even if they don't like Cheney) are thrilled with that attitude on Snowden's part.

It's a sixties thing, you know: Middle Americans who love their country and want it protected from "enemies foreign and domestic" are not just political opponents, but are inherently "evil." Ergo, the proper thing to do is to embrace America's enemies and condemn one's fellow citizens as "the real enemy."

That turning of the tables was amply demonstrated the other day when House Minority Leader Nancy Pelosi (whose liberal Democrat credentials are well in order) uttered right out loud in public before a liberal audience the self-evident fact that Edward Snowden broke the law when he revealed secret surveillance programs. For that, the former House speaker was roundly booed.

That figures. Again, much of the Democrat Party's base believes that we're the enemy. Turning against "Amerika," as Snowden did, amounted to sticking it to the "real enemy." (Surprised, Leader Nancy? C'mon, you're from San Francisco, right?)

That's the mindset. To them, betrayal is not betrayal. And if you believe our current president at times does strange things (bowing to foreign potentates, trashing America on foreign soil), well consider the alleged bomb-throwers (literally and figuratively) Mr. Obama has been hanging out with over the years. Now he's been put in a terrible spot by a kid whose general worldview is not all that different from his own, and the president appears not to understand it. 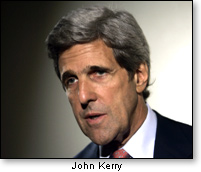 Secretary of State Kerry puts it this way: "What I see is an individual who threatened his country and put Americans at risk through the acts that he took. People may die as a consequence of what this man did. It is possible the United States will be attacked because terrorists may now know how to protect themselves one way or another that they didn't know before."

Really, Mr. Secretary? Years ago when you testified before Congress, smeared our troops in Vietnam, and supposedly threw your medals over the White House fence, did you not think that would influence the unworldly youth of Snowden's frame of mind, to be passed on to his generation? Really?

Well, with your comments on Snowden, I guess we can be thankful for small bites of clear-thinking. Nice to know our Secretary of State draws the line somewhere.

The problem is that having viewed Mr. Obama's high-gear drive to make America a second or third class power, who can be surprised if Russia's Vladimir Putin and China's Xi Jinping refuse to take seriously any pleas to send Snowden back to the U.S.

On that point, President Obama says he won't even ask them to return the man who by all accounts is in the process of spilling our secrets and thereby endangering the lives of millions of Americans.

"I shouldn't have to," he pouts, thereby evading the almost dead-certain prospect that, were such a request to be made for extradition, Russia and China would tell the President of the United States to pound sand. All that groveling for nothing. The humiliation of it all!

Who knows whether other would-be turncoats buried anonymously within the U.S. security apparatus see themselves on notice that they are now free to play 21st century Benedict Arnold.

But now who helped the runaway?

Mr. Snowden had collaborators. That is not hard to figure out, given the complexity of the plot. Edward J. Epstein, a foremost journalistic authority of the art of spycraft, writes in the Wall Street Journal that everything was arranged; everything, apparently, except details of where in the world Snowden will find safe haven from U.S. law (he's working on that as I write).

He obviously required help in arranging for publication of the material he purloined; setting up encrypted communications; accessing a secure channel over which to communicate; acquiring step-by-step video facilities; obtaining passage to Hong-Kong "where the operation to steal U.S. secrets would be brought to fruition."

Among the co-conspirators identified by Epstein, most publicized are Guardian blogger Glenn Greenwald; film-maker Laura Poitras; Sarah Harrison, a WikiLeaks associate of Julian Assange, the infamous old hand at betrayal of government secrets; and Albert Ho, a Hong-Kong lawyer.

It is widely noted of course, that we don't know others likely involved: picking up the tabs for hotel bills, airfares, and other expenses. Those facets of the orchestration that enabled this well-planned plot could not have materialized out of thin air. Even with the names mentioned above, it is reasonable to speculate that other cogs in the wheel are yet to be identified.

The company you keep

Edward Snowden is no "hero." A hero genuinely wanting to right what he perceived as a wrong could have done so without stabbing his country in the back. Nor does a hero seek out and accept the help of people who, by their backgrounds and proclamations, are certified enemies of the United States. My colleague Cliff Kincaid, with the help of blogger Trevor Loudon, has nailed them, most especially the man who "broke the story" glorifying Snowden's betrayal. Kincaid's America's Survival, Inc. has produced what amounts to a rap sheet on Snowden's closest partner in crime.

Glenn Greenwald has attended and spoken before a Marxist-Leninist group wherein he declared at its Socialism 2011 conference that the U.S. will seek to remain in power through "militarism and civil liberties assaults" and "will overlook the raping and pillaging that is taking place domestically that [U.S.] leaders are engaged in," and "oftentimes, if you're in the United States and you talk about a weakening of the United States, it's considered [a bad thing]. But I think it's a very good thing." 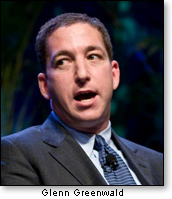 The communists in the audience cheered those remarks.

Greenwald is a slavish disciple of WikiLeaks founder Assange, now hiding out in the Marxist embassy of Ecuador because he doesn't want to face sex crimes charges in Sweden. Greenwald himself appeared on Russian Today TV to defend Assange.

OK, so what about NSA?

The people who run the National Security Agency and the men and women there who toil to keep America safe, as far as I have observed and learned through different channels, are patriotic, honorable, and trustworthy. I have known some of them – tight-lipped about their day-jobs (indulging themselves in such imprecision as "Oh, I do some work for the Army").

Many security-conscious Americans, however, would feel more at ease if the NSA were answerable to a Ronald Reagan instead of a Barack Obama (I know: the NSA has a life of its own, but you know where the buck stops). It's reasonable to assume though, that if Obama were caught deliberately undermining NSA's ability to function in its all-important appointed task, even some Democrats would not resist a popular rush for impeachment, much as many the mainstream media would assist in belittling the crisis or covering it up.

The question is: Can we be certain that will remain the case – say – in 20 years from now? Breakdowns in our security are happening all the time, even considering in the composite the upgraded security measures right after 9/11. This latest blow was part of a decades-long parade of pressures that spotlight cracks – large and small – in the apparatus that keeps us safe. If that continues, one would hate to think of what lies ahead. Will future administrations succumb to an inevitable temptation and figure out a way to access readily all those millions of phone lines to keep unwarranted tabs on the private lives of those of us they simply don't like?

I don't have a ready answer. But we had better see to it that the armor protecting us will for all time protect us only from "enemies, foreign and domestic" – not from politically incorrect law-abiding citizens or political opponents of whoever is in power.

One possible method of keeping a check on that would be to bring back the House Committee on Internal Security, with additional responsibilities.