October 7, 2014
The media will never let go of its historical narrative of the sainted Roosevelts – Teddy, FDR, and Eleanor too.

Alas, the one man in America who knew them best, Westbrook Pegler, is long gone as are they. Therefore, it is left to those of later generations to pick up the cudgels and explore history the way it really was (my, what an unusual concept!) That task requires one to correct those who insist on depreciating the value of "history" as an honorable pursuit. Such broadcast "malefactorism" occurred on the recent 7-part PBS series The Roosevelts.

"History," as we have come to understand it, is usually written by the winners. And let's face it: In electoral politics, the Roosevelts and their ilk were "winners." Whether their victories overall were good for the United States of America remains in dispute. 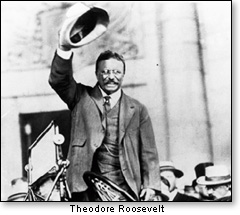 For just as Theodore Roosevelt had conducted his Republican presidency as if to leave Abraham Lincoln turning in his grave, so too was FDR similarly poised to inflict the same on Thomas Jefferson, James K. Polk, and Grover Cleveland on the Democrat side.

So let us first plumb the depth of the presidency of Teddy, the man who started it all (the "progressive" era). Unlike the writings of others (including some whose worldview is similar to mine), I will not accord honor to the word "progressive" as applied to the Roosevelts or today's leftists. We'll get to the reasons for that at the end of this column.

Teddy from A to Z

We are told that Theodore Roosevelt was a great "trust-buster." Really? As a prelude to what his cousin Franklin Roosevelt would later call "the fat club men," Theodore, our 26th president, denounced CEOs of the productive sector as "malefactors of great wealth."

Therefore, he saw it as his mission to (all together now) cut them down to size.

Never mind that in the decades leading up to TR's presidency, corporate productivity had increased, as consumers benefitted big time from lower prices.

Teddy's haranguing of these "malefactors" set the class-hatred precedent that in later decades would lead to the point where the U.S. has the highest corporate tax rate in the developed world, with one bad result being fewer jobs as (to the delight of the alleged "malefactors") smaller businesses have shut down. Along the way, the result is (and was) less competition. That, of course, led to more monopolies and higher prices. Thanks, Teddy!

Democrat President Barack Obama, these days, likes to cite Republican President Teddy Roosevelt as the trailblazer for what today is "Obamacare." Just don't call it socialized medicine, even though that's what it is. 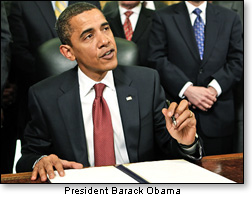 Obama tells a half truth. TR did advocate socialized medicine, though not while he was president. That occurred later when he ran for and lost an attempted return to the Oval Office four years after his White House tenure had expired.

But there is one odious practice in which Obama copied TR's bad example: the Executive Order, or in plain English, an unconstitutional method of bypassing Congress. ("I have a pen and a phone," the current president proclaimed.)

There are rare instances where the Executive Order can be justified, but nowhere does the Constitution authorize legislating from the White House. However, Theodore Roosevelt inaugurated that process of telling Congress, in effect, to get lost. The example was later followed by Woodrow Wilson, FDR, Bill Clinton, and of course, Obama.

Even George W. Bush came in at a comparatively measly 284 such commands in his eight years: still too many.

There are many more bad TR precedents: heralding the era of big government, and government regulations which, under the rubric of "conservation," that actually caused "untold environmental destruction," as cited by historian Jim Powell.

Powell cites what is probably the most compulsive of Theodore Roosevelt's negative practices: "pushing America into other people's wars." Can you believe the man was so warlike he bluntly decried what he called "the menace of peace"? This enthusiasm on his part was evident before, during, and after his presidency. His targets included Hawaii (long before statehood), Venezuela, China (before Communist rule), the Philippines, the Dominican Republic, Chile, and Canada.

TR was not the last 20th century politician to infuse Washington with the war habit. At least he was honest enough to put his warlike intentions on the public table – quite unlike Wilson and cousin Franklin.

Despite all of the above, plus much more if we were to make this column a book, there is no getting away from the fact that President Theodore Roosevelt did connect with the American people in spades. His boundless energy and charisma earned him a fascination on the part of the electorate that had escaped most if not all his predecessors and his successors, with the exceptions of his cousin Franklin and Ronald Reagan.

About FDR, more later. This column has credited politicians less for their political prowess than for their substantive accomplishments in office. The bald-faced hero worship accorded the real Roosevelts by PBS does an injustice to history. 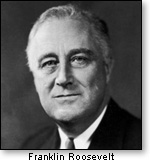 And as for "progressive" or "progressivism," never before has there been a misnomer more dishonest than that one.

Progressivism makes a claim of – well, progress. There is nothing more reactionary, however, than reaching out and intentionally trying to force massive government power on a largely unwilling or cleverly brainwashed public.

"Progressivism" as preached and practiced in the early 20th century by Teddy, Democrat Woodrow Wilson, and others fell into such disrepute that by the time Franklin Roosevelt came to power, he decided "progressive" was out. From then on, the alternative benign-sounding word "liberal" would define the ruling class in America.

Of course, even earlier generations rightfully understood "classic liberalism" to mean less government intrusion, but that didn't bother FDR. How many generations does it take to affix meaning in the English language? So today, we serfs of government power are told that since Teddy's generation has largely died off, the previously avoided term "progressive" is making a comeback.

Sorry, but this column refuses to buy it. You guys sought suddenly to ditch "progressive" when the people actually living in that era had tasted its ill effect. But you can't fool the generations a second time. You stole "liberal" from us for application as your eyewash de jour. Now that it too has met its own bad reputation, you're stuck with it (at least by this column).