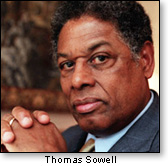 Herewith, please find a persuasive case for laying to rest the politically combustible claims of those who argue that virtually any "income inequality" is, per se, "unfair."

Further, the piece-by-piece deconstruction of this toxic issue is accomplished in more than 300 pages without ever (even once) mentioning the words "the one percent" or "Barack Obama." Obviously, such inclusion was deemed unnecessary.

The thrust of Mr. Sowell's treatise largely revisits this issue with counter-arguments often made by free marketers  i.e., that different people have different talents, ambitions, aptitudes, requirements, attitudes, and capacities for different lines of work. The author, however, has added mountains of research that demolishes the opposing arguments of any faculty lounge "intellectual" or the crudest street-corner orator, whose favorite epithets are "the rich" and "greedy."

This book has taken on the somewhat herculean task of confronting a mythology peddled for centuries by the intelligentsia, the media, and politicians.

"Gaps" and "inequities?" We are all born with, or have associated with people of, different approaches to life. Some have steeper hills to climb to attain their ambitions. But here we get into issues of choices, and in some cases, circumstances that are beyond the control of either the individual or of anyone else, 1 percent or 50 percent.

Mr. Sowell, of the Hoover Institution at Stanford University, sees a fallacy in the arguments of those who place their faith in "affirmative action" as a supposedly effective means of "equalizing" beneficial outcomes. Too little consideration, he adds, is often accorded such factors as substandard education or ingrained habits.

All too often, the author argues, "affirmative action" has "taken minority students with all the prerequisites of success and [turned] them into artificial failures."

"In other words," he explains by way of example, "black students with qualifications that would have made them candidates for honors at most colleges and universities were artificially turned into failures at MIT." 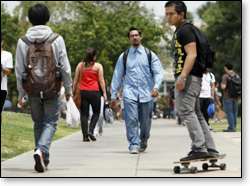 "Conversely," he writes, "when affirmative action was banned in the University of California system, the proportion of black and Hispanic students who graduated increased substantially, as did their grades and their graduation rates in challenging fields like mathematics, science, and engineering."

"With all the innate ability in the world, and with all the doors of opportunity wide open, people who have no desire to do X have very little likelihood of doing X, either well or badly," Mr. Sowell writes.

It is well known and widely accepted that if you don't enjoy your work, you will not do well at it. Yet in striving for "equality" in virtually everything, so many left-wing theorists appear to have decided that coming too close to ambition to stand above the crowd is somehow "unfair." Equality of opportunity is one thing. Guaranteed equality of outcome is something else in a competitive society.

We can cite this from Mr. Sowell, who spotlights writings about "desperately poor people in a small mid-twentieth century Italian village." They were later able to add meat to their diet – "even if only hamburgers or frankfurters" – which meant more to them than an affluent society's steak or lobster.

As a young (and poor) man, Mr. Sowell pawned his one suit so he could eat. After which he ordered a knish and a soda at a restaurant. Later, as a famous economist, his meals at the fanciest restaurants never "topped that of the knish and orange soda."

Much of what Thomas Sowell writes about economics is reminiscent of liberal politicians who tried in the 1980s to combat "Reaganomics." The left dubbed its own alternative "comparable worth."

Comparable worth was an envisioned program whereby government would rate the value of professions and jobs on most rungs of the work ladder, and then mandate that virtually everyone with a job be paid accordingly. Three things sidelined the plan: its own dead weight, the Reagan economic success story, and the belief that enforcement of comparable worth would require a police state.

Comparable worth and similar programs fit a train of thought Mr. Sowell warns against: "an idealism [that] can seduce thinking into feeling, replace realities with preconceptions, and make the overriding goal the victory of some abstract vision, in defiance of reality."