October 26, 2009
According to Sentinel Radio's Hanen, quoting the statistics of the U.S. Center for Disease Control, the h1n1 flu has, so far, caused approximately 1,000 known deaths in America and every year, approximatley, 36,000 Americans die from various influenza illnesses. Yet, Barack Obama just signed an order pronouncing the set of h1n1 illnesses extant, a "National Emergency." 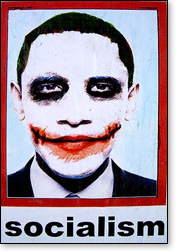 Why so serious?
American Daughter's Nancy Matthis represents the concerns of many Americans as they consider this question.

Seizing Power on the Weekend

Late Friday, Barack Obama declared the H1N1 virus to be a national emergency. He announced the measure on Saturday. The declaration gives him the following authority:


93d Congress
SENATE Report No. 93-549
1st Session
EMERGENCY POWERS STATUTES:....
U.S. GOVERNMENT PRINTING OFFICE
WASHINGTON: 1973
These proclamations give force to 470 provisions of Federal law. These hundreds of statutes delegate to the President extraordinary powers, ordinarily exercised by the Congress, which affect the lives of American citizens in a host of all-encompassing manners. This vast range of powers, taken together, confer enough authority to rule the country without reference to normal Constitutional processes.

Under the powers delegated by these statutes, the President may: seize property; organize and control the means of production; seize commodities; assign military forces abroad; institute martial law; seize and control all transportation and communication; regulate the operation of private enterprise; restrict travel; and, in a plethora of particular ways, control the lives of all American citizens....

Whenever the government wants to do something that is likely to be alarming or unpopular, it is done late on Friday night, so that the normal news cycles can be avoided. The fact that Obama did this late on a Friday night and did not announce it until the following day, a Saturday, should be sufficient warning to every American that this administration is up to no good.

Most citizens are unaware that the Constitution has long since been effectively set aside by a series of Executive Orders, which grant the sitting president sweeping dictatorial powers. As far as personal freedom is concerned, we have been living on borrowed time.

Another thing that most folk don't realize is that elected officials have had a plan to protect themselves against armed insurrection by an outraged populace when the situation is discovered. On March 13, 2008 the U.S. House of Representatives held a secret closed door meeting, with attendees sworn to secrecy. Ostensibly to work out Electronic Surveillance of Terror Suspects, the meeting actually dealt with the possibility of civil war in the United States. Here are the details which were leaked and widely published, not in the mainstream media, but in the Blogosphere:

There is little indication that Barack Obama wants to continue the Bush-initiated pursuit of the North American Union. However, it is abundantly clear that he wants to abolish personal freedoms and private enterprise to institute socialism, with a focus on an eventual global world government.

This declaration may be the trigger. And, suspiciously, it is not made in response to any actual data. CNN Health reports:

Calling the emergency declaration "an important tool in our kit going forward," one administration official called Obama's action a "proactive measure that's not in response to any new development."

Another administration official said the move is "not tied to the current case count" and "gives the federal government more power..."....

Are the sheeple prepared to succumb?

If you are an American Citizen, you are one of many individuals who are the fundamental, Sovereign Rulers of our nation. Thus, it is your responsibility to research and investigate these matters and to make your own decisions, based upon them. Remember, we have a Constitution and whether those we have entusted to only abide by it do so or not, it is squarely based upon the principles and pronouncements of the charter which originally founded the "United States of America," the Declaration of Independence. We have been warned by our founders that sometimes our freedom must be renewed and our sovereignty, re-established, if we are to continue to be authentic America. As the Declaration states, this is our "duty."

Readers may also wish to consider the recent commentary, "How Far Will Obama Go, this Fall, in the Insurrection Against America?" But remember, that was written only about this Autumn season. I.O's working assessment of Barack Obama is that he is an agent intended to bring America to its knees, economically, militarily, and in any other way which serves the purpose of it's merely becoming another part of a global, Marxofascist, controlled society. So far, the way of both the Obama campaign and administration has been to propose or initiate outlandishly threatening usurpations of power by "police action," but then, to back off and watch. Then again, such a tactic is generally preparatory.

You may also wish to read "Things to Watch for, During a 'Declared National Emergency,'" by Marion Valentine and related articles in the Sentinel Radio blog.

And remember, God rules in the affairs of men  and He expects us to live in faith and act in faithful obedience to Him  and He promises to bless those who do.


The topic of Sentinel Radio's "The Awakening, with Arlen Williams," this Monday is Citizen Action & Organization, to prevent the signing or ratification of the "Climate Change Treaty" and to otherwise exert our Sovereign Right to Free, Constitutional Self-Government, against man-made global Marxofascism. It broadcasts via at 9-11pm ET,,, 6-8pm PT.

Guests include organizer, Jared Law, of the 9.12 Project, founded by Glenn Beck. After the live event, it will be archived and available.