March 5, 2011
Was Bear Stearns stock driven down on purpose, to catalyze the great Mortgage Meltdown of 2008? I think likely so, because:

1. Other actions by influential people, which detrimentally impacted that crisis, were clearly not mere happenstance, but can only be seen as intentional. And all together, the combination of these decisions happening by unrelated chance is simply not to be believed. 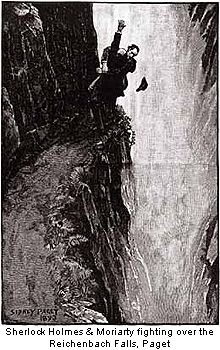 2. It all fits together in exquisite effectiveness, for those who would wish to "fundamentally transform the United States of America."

European and any other friends of George Soros, acting "collectively?" Money handling for the rich and powerful is what he does, after all. I mean, as well as destroying national economies and governments. I mean, as well as the private funds of people who live in those nations — sort of like Bernie Madoff, only worse. If it takes the wealth of a nation to pull this off, how about the wealth of the central banks and bankers upon which nations draw and depend — and for which they are made to deliver?*

More than one of the above?

The March 2nd Glenn Beck program to which Anthony Martin refers in his report, excerpted below, is featured in the Gulag's "The Strategy for Gulag America Enfolds," where we review a number our most alarming observations.

Yesterday the Pentagon released a bombshell report on economic terrorism which suggests that the 2008 meltdown in the housing and banking industries in the U.S. may have been helped along by terrorists who manipulate global finance. The report on its face is disturbing and portrays a nation that is highly vulnerable to cyber attack from terrorists who can cause a run on world banks by merely suggesting that certain large financial firms are 'unstable.'

But perhaps what is even more disturbing than the information itself is the release date of the report. Entitled, 'Economic Warfare: Risks and Responses,' the report was issued in 2009 after a six month study of the evidence. For two years the Pentagon sat on the report, withholding vital information from the public concerning an aspect of global terror that is becoming more of a threat with each passing day.

This begs the question, why now?

The Pentagon points the finger at a national power or two, potentially. But is that necessarily true? Here is what we are told the Roundtable on Economic Terrorism, in Lausanne, Switzerland had to say about this subject matter, in July of 2005.

Contrary to "economic warfare" which is undertaken by states against other states, "economic terrorism" would be undertaken by transnational or non-state actors. This could entail varied, coordinated and sophisticated or massive destabilizing actions in order to disrupt the economic and financial stability of a state, a group of states or a society (such as market oriented western societies) for ideological or religious motives.

These actions, if undertaken, may be violent or not. They could have either immediate effects or carry psychological effects which in turn have economic consequences.

Clearly, this indicates such evil deeds, while requiring great wealth, do not necessitate the actions of national governments. And who is to say, the money of central banks cannot be accessed under the table? 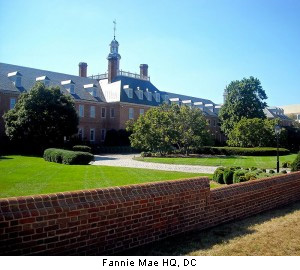 Further, the new Pentagon report does not address what was done right here in America during the Mortgage Meltdown, by the likes of Fannie Mae, Herb and Marion Sandler, Sen. Chuck Schumer, Rep. Barney Frank, etc., to contribute to the mayhem.

Rep. Darrell Issa (CA-48-R) Chairman of the House Oversight and Government Reform Committee has told America that investigating this cascade of calamity would be his investigatory priority number one, in the new Congress. Is this turning out to be? Mr. Issa? Anyone? Beuller?

Likewise, I see nothing, at least in these initial, second or third hand reports of the Pentagon briefing, on America's own contributions to the current Debt & Dollar Debacle, which may bring America to its knees as soon as this year. Nothing of the sabotage of the Obama administration and the Pelosi/Reid Congress. Neither, the Federal Reserve. Perhaps that is because domestic enemies were outside of scope, for the Department of Defense. Then again, the Federal Reserve is generally not domestic at all; essentially a foreign trust. (To say nothing of the question of Barack Obama's domesticity.)

We would hearken to the Internet-famous YouTube videographer, TheMouthPeace. You may recall his "Burning Down the House, What caused our Economic Crisis?" from the failing, flailing fall of 2008. When he presented it, he and it were hounded by the typical copyright harassment, so often inflicted upon YouTubers seeking to defend America from terrorism and ruin. I mean those often called "conservatives." I see he presented the version that remains, on September 30, 2008. All told, I think it has been seen over five million times, by now, in its various versions.

While he was fighting to keep his video up and running, the article of another, James Simpson's "Barack Obama and the Strategy of Manufactured Crisis" came out in American Thinker, on September 28th. That explains how such crises have been discussed and engineered by American revolutionaries. The videos deserve that article and vice versa.

Here is a subsequent and lesser seen video TheMouthPeace made during that fall. It further tracks what Fannie Mae did to cover up their, I tend to believe, very criminal and probably treasonous and yes, conspiratorial deeds. Meanwhile, that fall continues. These problems have not been solved. Worse, they have been deepened. I continue to pray it is not the fall of America, as intended.

"House Of Lies: How Congress Failed To Protect Our Economy. Obama Bombshell"

* Unfortunately, for generations to the present, scrutiny and suspicion of the behavior of the central bank (a fundamental entity of authoritarianism) has been mixed in many minds with antisemitism. We at the Gulag would not engage in racism, nor bigotry, and do not care what ethnic flavors any malevolent characters may or may not come. It is character and behavior that count.