Arlen Williams
Islam and sexuality, a presentation by Ann Barnhardt

Caution: this presentation and the related information we present are disturbing and tragic. Gulag Bound has examined what Ms. Barnhardt purports. She and we provide links for substantiation below her videos.

Caution #2: this information must be examined, understood, and the word must be spread, for the sake of America, the free world, and of so very many trapped in the devastating, totalitarian, religiopolitical cult of Islam. Please assist us in doing just that. None of us need to accept these hideous practices, nor the ideology that perpetuates them. Those born into it do not need to remain in their despair, pain, and defilement.

Not every Muslim subculture necessarily engages in every one of these practices, nor does Ms. Barnhardt maintain they do. However, they are still rampant and apparently, like terrorism, not strongly and widely condemned. The passages of the Koran and the fatwas by Islamic leaders are what they are. The apparent regards and treatment of women, girls, and boys (and of men) are also what they are.

"Islamic Sexuality: A Survey of Evil"

Now the Spirit expressly says that in latter times some will depart from the faith, giving heed to deceiving spirits and doctrines of demons, speaking lies in hypocrisy, having their own conscience seared with a hot iron....

That was written by the Apostle Paul, largely, scholars find, to counter various gnostic beliefs and cults, both then and now. Gnostic cults tend to feature a dualistic scism between the natural and the spiritual and offer adherents numerous doors to their more controlling inner circles, as they are instructed to open numerous curtains leading to the spiritual, in a human imagined path to the divine. Islam is one such cult.

Some gnostic, dualistic cults push asceticism and the denial of the natural; others push the indulgence of the passions of the flesh. Many utilize each, as stick and carrot to control the religious.

When the spirit(s) behind a human's reaching out to the supernatural are not of the revelation and integrity actually provided by the God who makes Himself knowable, the spirits reached are the ones who have refused Him.

Ministers of the Gospel of Jesus Christ who have assisted in delivering the spiritually oppressed have noted that one way to tell a demonic manifestation from another condition, such as multiple personality disorder, is that the prior tends to be obsessively interested in sex and maliciously, sadistically so. 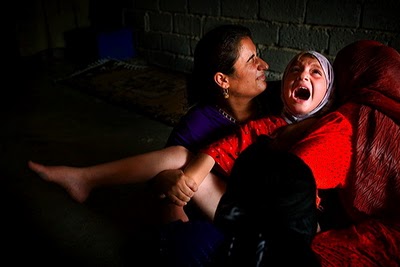 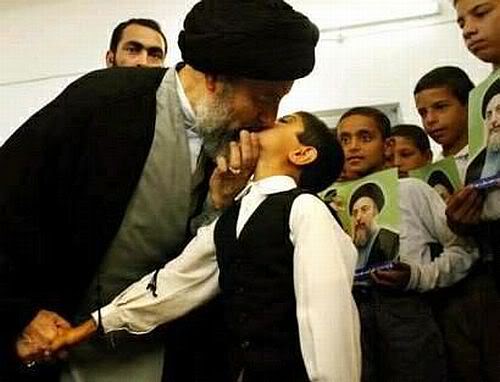