March 10, 2012
It seemed degrading to politicize the plea of Andrew Breitbart's final article, immediately after his passing. It referred to a specific presidential candidate, the one I am compelled to suggest out of passion for America's sovereignty. 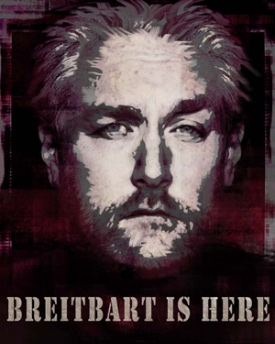 Now, a week has past. Here is Breitbart's first mention of the only presidential candidate named in his, "The Vetting, Part I: Barack's Love Song To Alinsky."


The reason Newt Gingrich surged in the Republican primary contest in January is that he was attempting to do the press's job by finding out who the current occupant of the White House actually is. Millions also want to know, but the mainstream media is clearly not planning to vet the President anytime soon. Quite the opposite.


And here is his article's conclusion:


Because the mainstream media did not explore his roots, the American public remains largely ignorant of the degree to which Obama's work with ACORN and his love of Alinsky were symbolic of his true political will.

If any of the candidates can resist the media, and parlay Newt's strategy into a nomination, we'll have the choice between an imperfect but well-known Republican and the real "Baraka" Obama, not the manufactured one the media prefers.


Am I using Andrew Breitbart's name, to promote my chosen candidate?

I am choosing a candidate based upon his plea. To put the horse before the cart, please permit me to direct the reader's attention to an article of mine that Breitbart published last summer, "Rep. Allen West Says 'Marxist,' Now Who Else Will Tell the Truth?" (I link it in Gulag Bound, because of its getting lost in the transition from BigGovernment.com.) In it, I made essentially the same plea he made, calling out cowardly (or conspiratorial) Republicans and celebrating those such as Representatives West, Steve King, Joe Walsh, Michele Bachmann, and Paul Broun, who had factually called out Barack Obama, for his Marxist doctrines and resultant, America destroying practices.

So permit me please, to take up my exhortation where brother Andrew left off. With Newt Gingrich's commitment to defend American Sovereignty against the globalist neo-Marxist movement, I join many activists in the know, by pleading with voters to support him. See the video below for just one example of Newt's commitment, from the South Carolina campaign, one that he won. Scroll slider over to the 3:50 mark, where he is specifically asked about American sovereignty.

Just as we Sovereign Citizens must always properly identify our pitched enemies, foreign and domestic, so much more do our entrusted politicians need to... speak out! or be quietly enslaved.

All our American liberties depend upon what we did on July 4, 1776 and that was to become a sovereign nation called the "United States of America." To think we would become duped some odd years later, to give that up and become Colony America to any scheme of global governance, including that of the United Nations and the kleptocrat financiers behind it is unthinkable; to comply with it is treason. Treason.

We must take advantage of our declared Popular Sovereignty by applying our First Amendment rights, or we will be forced to engage Second Amendment rights in our own country.

Theoretically, we can afford to lose elections here and there. But America cannot afford to lose our popular and national sovereignty to such assaults of global fifth generation war as U.N. Agenda 21. That is a subject upon which Andrew Breitbart did not focus nearly as centrally as his chosen area of expertise, the Marxstream media. I believe the stealth of its "sustainable development" plan afforded Breitbart to issue his come together, no matter who the GOP candidate pronouncement at this February's CPAC convention. If he had known it constitutes the ground war in the global neo-Marxist/fascist movement, it would be difficult to have believed he would support Mitt Romney, if that man were nominated. Habitually deceitful Romney is a major Agenda 21 proponent and implementer, who is funded by some of its backers.

Yes, war is being waged upon us and we need to penetrate the Marxstream media phalanx, sweep around it, fly over it, dig under it, or knock it down, to inform both populaces and politicians, then to promote those who offer their sacred honor to fight for America in it.

What are we doing to fight the war?

We are doing traditional things (aren't we?) such as making phone calls, going door to door in our precincts, networking in our churches and social groups (aren't we?). Well, are you? Here is where to start:


newt.org/home
I need not insult the reader's intelligence by explaining what to do, except to say be sure to fill out the "Volunteer" form as soon as possible, then explore, press on and apply oneself, and produce results from there. The campaign also provides a social network, to allow volunteers to communicate: newtsnetwork.com.

The weather has been very mild, this late winter and early spring. If one supports Newt Gingrich (or Rick Santorum in states where Gingrich is not campaigning) how about taking walks in the neighborhood, distributing campaign literature based on the campaigns' walk sheets? It is very good for the heart. 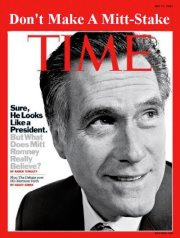 Social networking is inevitably a lot of preaching to the choir, but presently some of our choir members need to be convinced to sing along. Facebook and Twitter as usual, lead the way. Just one example of innovation there, is the new, continuous Facebook event, "Don't make a Mitt-stake!" It was begun by founding Greater Boston Tea Party member, Ralph Zazula, to focus attention upon just what its title says. Facebook users have just begun to find it a forthright but not terribly confrontational way to send invitations to their friends and to post its appeal on personal and group walls.

While I warn about Romney's election, Zazula, having experienced Gov. Romney first hand, explains, "If anyone will lose to Obama it would be Mitt Romney." He explains that considering Romney's own record, "In the best of circumstances he puts us in a very weak position." And fascinatingly enough, he notes that Romney, close-up, does not seem motivated from the heart to even become president. Rather, Zazula sees him as someone put upon to become president. Considering the candidate's Goldman, Morgan, Credit Suisse, etc. backing (think Rothschild central bank complex) that in turn, seems very telling.

The Gingrich campaign has a Tea Party fed, Internet activist following that has begun to rival that of Rep. Ron's Paulistas and Paul Qaeda. "Newt Gingrich Support Surging in Social Media" displays evidence of it, in the Twitterverse. Tweet streams constantly point out the Gingrich record and the commitments he has made for his presidency. Again, that kind of effort must be played out on telephones and at neighbors' screen doors, just as thoroughly.

The challenge for us is not to shrink back in the face of irrationally heavy pressure from the media and pundits to grant Romney the red carpet to the RNC, but to redouble our efforts. Translate them into the most effective ways of delivering the message that going to an undecided, unrigged convention is the only path to true victory for America, come November.