April 3, 2012
The infamous barrage of Republican-trashing Romney campaign and Romney SuperPAC TV ads constitutes tragically effective psyops, but something else is going on that is even more devious. 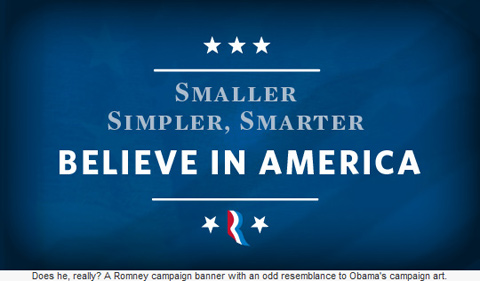 Call it an assault and battery of robocalls. I've gotten about nine of these calls over the last week and a half. Virtually, these robocalls, cynically posed as calls from mere neighbors, present no coherent rationale for Mitt Romney being United States President. They only attack his chief opponent, in this case Rick Santorum. That is a frightening level of manipulation, redlining on the propaganda meter.

And something very significant, I believe, happened before I began getting these robocalls. I received and answered a canvassing call, presented as a poll. It asked me whether I supported or opposed Wisconsin Governor Scott Walker's stance in public union reform. My answer to was yes.

Every Romney campaign robocall I heard after that assailed Rick Santorum as being a friend of labor.

I was also asked which candidate I support. Needless to say, I did not tell them Romney (I replied Gingrich). The result? Someone had a finely targeted list to call. It is no tough guess to say that someone was the Romney campaign. Who else had the money to do this?

I doubt those canvassed who responded they would vote Romney received a punishing barrage of robocalls, nearly one per day, from the Romney campaign! But, there would be no problem punishing Gingrich supporters along with Santorum fans, by anti-Santorum calls. Further, they may have forecast that many Newt supporters would tend to vote Santorum, in order to deter Romney from getting first-ballot delegates at the convention (I intend to).

But don't all these calls present a nuisance? Yes.

Don't they risk turning off voters, even from Romney and from voting at all? Of course. I have made and organized get out the vote calls on election days and reached people furious about all the calls and robocalls they have gotten.

Then, why this repetitive battery of calls? What is the intent of getting eight to ten phone calls slamming Santorum? Evidently, they want to be annoying and discouraging. In classically cynical fashion, in addition to perhaps a few changed minds, Romney's intent is to suppress the vote by anyone who is likely to vote against him. Another tactical move: his campaign even influences people not to pick up the phone, come the last few days, when another candidate's campaign is expected to call. 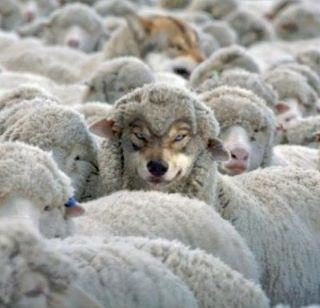 That means he is turning off many conservative-leaning people from even going to the polls at all, including voting for any other Republicans, in any other offices down the ballot.

Beyond that, these harassment calls by Romney demotivate those leaning Republican from voting in turn, in the General Election.

At this point, one should stop and think of the mental and spiritual traits described by this behavior. It speaks of the ability to sacrifice, even to tear down one's important allies, for one's own personal ambition for power and status. Any sign of being worthy of a sacred trust, there? Should such a person become the next President of the United States of America? Should he even be granted access to the White House?

And this consideration, in addition to his consistent dishonesty, his apparently self-serving, crony-capitalist Salt Lake City Winter Olympics treasury raid, his backing by the globalist bankster complex, and his overall leftist record, underscores that Mitt Romney is not a conservative — apparently not a believer in a sovereign America at all, considering his being a primary implementer of anti-American Agenda 21.

What more evidence do we need, to see this man as a wolf in sheep's clothing and a threat, if elected post-Obama, to this "last, best hope for freedom," the nation for which we are responsible?

As for me, I am more convinced than ever, if Romney is soon shown headed toward a nomination, a third candidate must be found and supported.

For the spot-on observations of a Republican organizer in Florida during its Primary campaign, see:


Prior entry in Gulag Bound on the Romney robocalls, March 24:

So far I have received two of these calls directly from the Mitt Romney campaign here in Wisconsin. One was caught by my answering machine. The expenditure of each of them was in the delivery of informational (or disinformational) content specifically for the attacking of Rick Santorum.

Neither of these robo-calls had anything good to say about their own candidate, Mitt Romney, nor gave any intrinsic reason to vote for that man. No discerned comparison, nor contrast was offered — only the politics of destruction of a fellow Republican. Each left a telephone number: 608-535-9307. I called that number and left a message calling for his Wisconsin campaign office to explain.

In these calls, as in his advertising, Mitt Romney is destroying the reputation of a fellow Republican, Rick Santorum (has he has done with Newt Gingrich) and is not bothering to tell me why anyone should vote for such an accuser and defamer of his Republican colleagues. Therefore, how can I begin to believe that Romney appeals to reason, is a man of Republican principles, and of patriotic integrity, with public service in mind?

Put a good Republican in his way, Mitt Romney will assail him, his future effectiveness be damned. 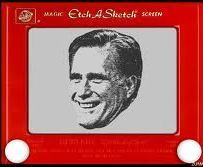 I am reminded that "accuser of the brethren" is an epithet given to Satan, in the Bible. Also that Ronald Reagan's "Eleventh Commandment" is constantly broken by Mitt Romney, Etch-a-Sketch candidate that he is — more often than any presidential candidate likely, in anyone's recorded history.

Essentially, this progressive is engaging in the kind of propaganda for which they are infamous, and along the way, participating in the crippling of any other, far more authentically Republican candidate, should his own psyop campaign not succeed.

That is yet one more reason not to support this bizarrely and outrageously offensive man — not in the Spring, not in the Summer, and if his nomination should come to pass, not in the Fall. If he is nominated, someone else must be found, who is not the lesser of two enemies (see "Gingrich, Paul, Romney & Santorum on Agenda 21 vs. U.S. Sovereignty," March 19, 2012).

For more reading at this moment, see: "Romney's Illinois Campaign, a Progressive Blitzkrieg of Psyops," March 17, and "Federal Money into Salt Lake City Olympics, then Romney SuperPAC?" March 22, and its links. 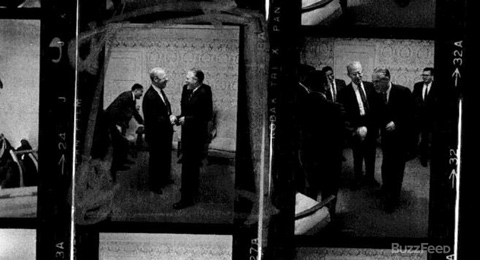