Video, "Chaos On The GOP Convention Floor" just before rules were to be reported and/or adopted; more to come.
BULLETIN — Tuesday 8/28 — Fighting Romney's Party Despots

The rules are to be voted up or down by the Rules Committee at approximately 2pm ET today — Sarah Palin, Mark Levin, Michelle Malkin, Morton Blackwell (National Committeeman, Virginia), Erick Erickson and others weigh in against all top-down rules changes — more updates in comments, as the day goes on (below, scroll...) feel free to add your own. Erickson warns, "GOP Rules Committee Rapidly Moving to Shut Out Grassroots"

This attempt by Romney's pseudo-Republicans, to instill centralized control should be the "last straw." It should be overwhelmingly voted down on the floor, but that should only be the start. It is party-based dictatorship through controlled committee, which is exactly how Marxist nations are run. Crony "capitalists" or not, these despots have been caught politically red-handed, despite the GOP-skin gloves.

This is the final evidence any delegate needs, to vote against Mitt Romney for the nomination. After all, the primary and caucus voters did not know this would happen. The Romney Republicans were not revealed to them. Now they are revealed for what they are. Voters were misinformed by a Romney campaign that seeks to instill literally communist style party control over America's government, in effective conjunction with the Democrats' own control, to lock in government through controlled dialectic. Twenty-First Century America, meet your velvety soft version of classic, old, dialectic materialism in practice. The soft-headedness that has constantly excused and swept filth under the rug for Obama at the extremist left frame of the Overton Window is the same kind of foolhardy graciousness granted to Romney, on its "wait-for-me!" right frame. This is what we are suffering. It is time to rally against Romney-Ryan.

Surely a non-subversive, real republican GOP candidate can be drafted, who will win over rapidly failing Barack Obama. What other way exists to save the integrity of the American process of self government?

By the way, it is illegal to require a specific vote or to obviate the vote of a national delegate. Although I am not necessarily a Ron Paul supporter, this is an adequate explanation by one. That means the compromise on the new RNC rules is illegal. It also means the delegates in Tampa right now, are free to vote they way they choose and for whom they choose. And that is imperative now, with the new, subsumingly important information they now have about Mitt Romney and his coterie. Clearly, if we face an Obama vs. Romney election in November, it will not end well for America.


A compromise of sorts was reached last night, but it leaves standing "Rule 12," which allows the RNC central committee to change the rules with a 75% vote between conventions. That in turn, would set an objective for despots' work. That kind of rule is essentially the party rule familiar to communist nations. In such central committees, corruption establishes the committee membership and the chairman tends to dictate.

The autonomy of the GOP's state committees, in the selection of delegates and the freedom of their nomination votes, constitute the only flimsy shield left against United States Presidents being simply selected by the devastatingly corrupt money control of the world banking network, through vote-controlling propaganda techniques, political crony graft, intimidation, extortion, and the power of "inevitability." Witness the Romney campaign of 2012.

If that shield of republican process is shattered, there is no Republican Party and the sham operation hiding behind that name must be abandoned.

(Either way, means must be found to break the controlled dialectic of the two-party system, of which George Washington in his own way, warned.)


We need them to contact the CONVENTION RULES COMMITTEE members for their state (each state has two) and tell them they want them to SIGN THE MINORITY REPORTS before Tuesday's session at 2:00PM. You can find a copy of the list here.

We borrow Maggie Thornton's lead from Maggie's Notebook. If the committee-passed RNC rule change is adopted on the floor, these three woes upon the Republican Party will threaten to end its existence:


1) Delegates will be bound to vote in proportion to the popular vote regardless of any other considerations.

2) The presumed nominee or his agents will be able to remove or replace delegates from state conventions at will.

3) The members of the RNC may, at any time between conventions change any of the party rules by a 3/4 vote.


Sources confirm the story and a great deal of push-back by delegates, as one should expect. See the important items added as comments, below this log entry, including phone numbers of state GOP offices, for the immediate calling. Also, that I will be a guest tonight on Rense.com and "Through the Mirror," hosted by Larry Sinclair, guest-hosted by Julio Rausseo at 7pm ET, to discuss the latest on this. The vote is scheduled for tomorrow (Tuesday)

Apparently the movement for real reform, via the Tea Party and Ron Paul related efforts are perceived a threat to power, so the Republican National Committee may be destroying their party as this is read.

Their massive rule changes are to be voted up or down by the delegates at the RNC Tuesday, one day delayed thanks to Hurricane Isaac. It is an attempt to wrest any remaining control of the presidential nominating process and the final selection of delegates, from state parties and their official, volunteer participants.

Both parties' presidential selections have already become exercises in achieving predetermined outcomes. This is done through the aggregation of massive money, most from the central bankster connected flow of dollars, in the People's meant-to-be-free economy. This in turn buys highly tuned mass psyop measures, including the character assassination of competing candidates who should be respected as allies.

A concomitant effect is vote suppression, through the alienation of those turned off by the control and corruption involved and the accumulated effect of attack advertising and robocall harassment. The fewer the independent-minded participants, the easier the rest are managed, after all. Call it political process population reduction.

This rule change would seal the deal for top-down control through mob rule. Any "Republican" should know that complex societies ordered by centralized democratic means always fail to despotism. That is the very reason we have republican government instead — and why we must have a more participatorilly republican Republican Party, not less so.

If this rule change is adopted, the GOP will have thoroughly become a mere means of authoritarianism by process, to match up with the same of the Democratic Party, in the controlled dialectic.

If this rule change is adopted, the GOP must be replaced, abandoned to the way of the Whigs straightaway, a potential to which Sarah Palin has just referred.

In The PJ Tattler:


RNC to Cull Grassroots by Changing the Rules 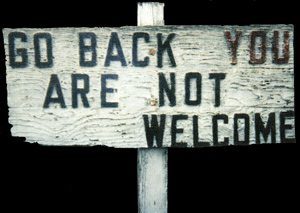 Social media is atwitter with protest from Republican delegates and grassroots activists as the Republican National Convention stands poised to vote on proposed rule changes which will fundamentally transform the process for nominating future presidential candidates. In an open letter to delegates in Tampa, Republican Liberty Caucus national chairman Dave Nalle summarizes what is at stake and urges opposition from the floor of the convention next week.

One of the cornerstones of the Grand Old Party is a belief in republicanism and the idea that power is distributed and limited by checks and balances. Those values are embodied in our Constitution and they were the basis of the Republican Party when it was founded and for most of its history. Historically this has meant that most of the power in the Republican Party has rested with the party members in the states, working as delegates through their local and state caucuses and conventions to generate policy for the party in a unique collaborative process where the voice of the people could be heard strongly.

... Now there are those in Tampa who seek to overturn this traditional structure of the party, set restrictions on the free choice of party members and introduce a new and alien process which would minimize the input of the party's rank and file and put power in the hands of party leaders and wealthy special interests who can buy the loyalty of the mob. They have borrowed the organizing structure of the Democrats and authored rules which would cause our delegates to be bound by the votes of primary voters who may not be Republicans or share our values. They have also proposed that the presumed presidential nominee could remove our elected delegates at whim. Finally they want to remove control over the rule making process from the state parties to a small elite within the national committee of the party who can change the rules under which the party operates at any time. Without fixed rules arrived at by the consent of the rank and file of the party we [state and national delegates elected at local conventions] become pawns rather than participants in the political process.

I hope that all delegates in Tampa will join me in opposing this coup within the party. If you are a [delegate], please join with others in supporting the minority report and opposing these changes which will be voted on from the floor on Monday. If you are watching from home, please realize that the media is not covering this issue and reach out to any delegates you know and encourage them to stand up for the rights of the state parties and the many dedicated Republicans who took part in the grassroots process which makes our party unique and protects the interests of all of its members.

The text of the proposed rule changes is attached to Nalle's letter. The RNC rules committee approved the changes last week. But the rules will not go into affect unless approved by the convention this week. If passed, these rules will make it significantly more difficult for minority delegations to effectively participate in the convention process.

It is worth pondering why the architects of these rule changes feel it necessary to shut out new blood. This "coup" as Nalle calls it is no doubt in response to the limited success of the Ron Paul organization in a handful of caucus states. Yet, Paul was unable to secure the plurality of delegates in fives states necessary to secure a speaking appearance at the national convention. His campaign never posed a credible threat to presumptive nominee Mitt Romney. So why act to silence such a slim minority within the party? Why not embrace their contribution and grow the party? Making the process more esoteric and inaccessible will only insulate future campaigns from the grassroots activists they need to recruit and motivate in order to succeed.


I suggest we communicate to anyone we know today, who is connected with these RNC proceedings.

And for more reading about the travesties of both Republican and Democrat presidential nominating processes:
Link again to Republican Liberty Caucus letter by Dave Nalle.

PJ Tattler item posted in full with notice to them.