Arlen Williams
Why voting Romney-Ryan was my moral necessity

By a legal interpretation of the phrase, I voted for Mitt Romney and Paul Ryan. Previously, I wrote in Gulag Bound that I would not vote for Romney in the General Election. That was correct, I intended not to do that. And in principle, I did not really vote for Mitt Romney yesterday. I only selected him as opposed to one other. He has not yet proven himself to me, as someone to be "for." 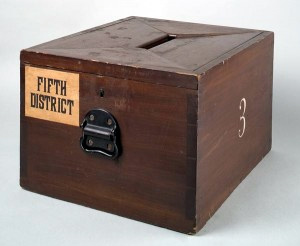 But I did change my mind and I did so based upon factors so important that "I would crawl over broken glass" to make Mitt Romney president over Barack Obama.

We will have to elect Mitt Romney, to find out what is in him

I cannot know what kind of president Mitt Romney will be. How could I? He has held too many positions and by the clear evidence of his various statements, dissembled too many times for me to know.

On the other hand, he has made clear and convincing commitments for his presidency. They include, not laid out in exacting order:
There is more, but that should be sufficient for this little essay.

So I selected Mitt Romney over Barack Obama. While I am quite wary of the former, for the first time in my life I voted early, to be sure to vote against the latter. (And, here in Wisconsin I meant to be sure to vote for another highly questionable Republican, Tommy Thompson, in order to prevent one of the most extreme radicals in Congress, Marxist Tammy Baldwin, from becoming U.S. Senator.)

The replacement of gradualist-revolutionary and structural Marxist, as well as pro-Islamist, Barack Hussein Obama is essential. Critical too is a GOP majority in the Senate, in order to reverse some of the travesties of Obama-Pelosi-Reid — also to increase the presence of true, pro-sovereignty Americanism in the House.

Gradualism works for our dialectic materialist foes. It should be made to work for us against them. But to make restoration of our principles happen we must keep advancing and never leave things in the hands of elected officials. It is at least as important to push them, once in office, as it is to push them into office. And then push them out again, for better public servants.

I refuse to interpret this election as between "the lesser of two evils." In Mitt Romney, we could have an essential if significantly flawed savior of our republic, or we could have an adversary of a somewhat different kind. To whatever extent either alternative will play out true, it will be up to us to exert an instructive discipline, if that be possible — in every moral way.

Perhaps his greatest area of concern lies in his globalist connections, both financial and ideological. He may not have enough essential respect for the sovereignties of the People, of the nation, and of the states, for a healthy presidency. Other tendencies that could ruin him in office are shortcomings of honesty and of sound epistemology in decision making. Mitt must know when and where not to mitigate. But as a politician of good character will inform, a campaign, especially a presidential campaign, can build what is right and good in one's soul. Mitt Romney's general election utterances have been true to my ears, if not completely satisfying.

Will Romney aggressively reverse Barack Obama's many destructive executive orders, eliminate the czars, dismantle the EPA, end the federal intrusions into education, and otherwise put an end to Obama's structural Marxofascism? Will he reverse the increasing militarism of the Obama regime, the DHS, the 2012 NDAA, FEMA detainment/internment camps, and "Rex 84?" Will he put a stop to "Global Governance 2025 in the arenas of intelligence and law enforcement? We know not, but we need to push for it. We need a chance to push for it.

We could discover, to confirm my own darker suspicions, that Romney is merely the slower of two poisons. But if I am only given the choice, which of two adversaries I must face and fight, then in defense of my charge, the sovereign United States of America, I make that choice to its advantage.

In any case, Barack Obama interpreted in the only sensible way, is a man of so deeply corrupted political motivations that he is thoroughly anti-American. He and his comrades must be stopped by our legal means, or they will finish destroying our free and independent nation — or we will be increasingly at war, in our own country.

We are the sovereigns. Politicians work for us. We must do the practical hiring and firing. And we the People must always be the leaders in our nation. That is our responsibility before God, for effective action and not one to shirk. May we fulfill it responsibly.