January 11, 2013
Glimpse into the mind of the authoritarian/collectivist propagandist and "know your enemy" hard at work to "fundamentally transform the United States of America."


You go into some of these small towns in Pennsylvania and like a lot of small towns in the Midwest, the jobs have gone now for 25 years and nothing's replaced them. It's not surprising then they get bitter, they cling to guns or religion or antipathy to people who aren't like them or anti-immigrant sentiment or anti-trade sentiment as a way to explain their frustration.

- Barack Hussein Obama II in 2008 and what a scornfully, willfully ignorant nation, to give him and his "Democratic" comrades votes in either election 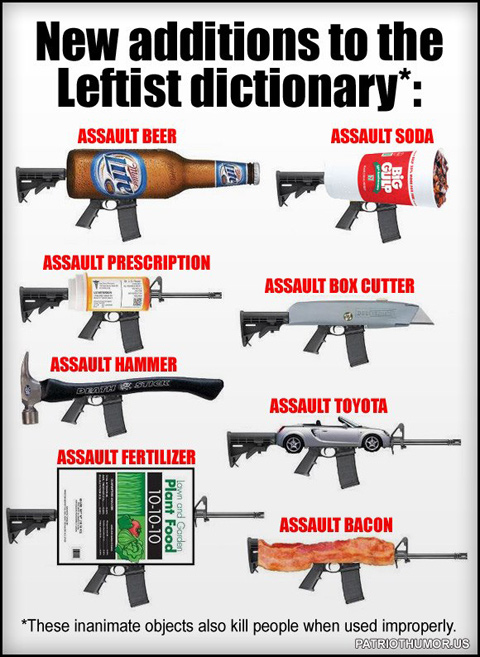 Assault Critical Analysis of the Work of "Progressives" (or whatever euphemism)

Assault Summer Cabin in the Woods

Assault Transfer of Estate to Children

Assault Minds of All Children through School and Media

Assault Child in the Womb

Assault Child Pulled Out of Womb Hanging by Neck from Vagina

Assault Ultrasound and Knowledge of the Unborn Child

Assault Office of the Sheriff

Assault Resisters of Collectivism who would "Throw Off Despotism"

Assault Liberty and Self Discipline