Arlen Williams
Graphic of the moment: tea or Kool-Aid, which one are you drinking?

October 24, 2013
Here is an anti-syllogism for you. A syllogism is a tool of logic organized: first premise, second premise, conclusion. A logical syllogism does not go like this:

1. Obamacare is being shown more and more, to be the (fascist) train wreck it is, devastating to Americans trying to become self-sufficient. 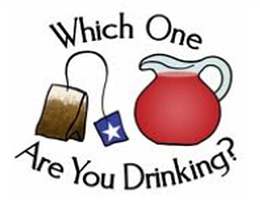 2. Tea Party patriots, intent upon saving America from its devastation and unconstitutional, socialist control stood against it in Congress' financing process, while the Obama collectivists refused to negotiate. This caused federal government to reduce operating expenses while running with no budget. (For the first time in history, it has actually operated with no regular budget for years, since the Obama-Pelosi-Reid team came together.)

3. Among the Marxstream media's thought controlled, those trying to save America from Obamacare are villains.

I see no talking sense with Democrats, except perhaps for some tiny percentage, if they are out there. I have tried and tried. They go back to their alphabet news and their favorite progressives' talking heads and drink deeply the darkness. Hope of true progress in deprogramming them becomes forlorn.

"Kool-Aid" is an apt reference. As long as they believe what they're told in the (Frankfurt School) news, or by their favorite politician or pundit, they are lost to reality. They are lost just as fellow neo-Marxist Democrat Jim Jones' followers were lost. But this, all for the power of the vote-extorting, punitive and extravagant tax-extorting overlord, plus the profiteering of the lending cartel and those they feed with its filthy funding.

They have joined the pitched enemy of America and natural, self-governance overall: globalist collectivism. And Republicans who join them by providing the ever-sliding Marxist "synthesis" to meet-up with their satanic "antithesis" to truth, are guilty with them in their treason.

"For the time will come when people will not put up with sound doctrine. Instead, to suit their own desires, they will gather around them a great number of teachers to say what their itching ears want to hear." - 2nd Timothy 4:3 NIV. Remember, the Pharisee-led people wanted to make Jesus the Messiah their Bread King (and he told them, you want me for your bread? – eat my flesh and drink my blood).

Sure, government should guard authentic American living, allowing us to be happy. But American, government is not here to provide for you, to make you happy. Do you want to know what Thomas Jefferson meant by "pursuit of happiness" in the Declaration of Independence? Here is a clue for you: "If we can but prevent the government from wasting the labours of the people, under the pretence of taking care of them, they must become happy." – Jefferson to Thomas Cooper, November 29, 1802.

One could go on, founder after founding-time historian, after founders' philosopher, and of course the Bible, their overall source for truth. Here are two more quotes, these from Alexis de Tocqueville (emphasis added):

"I think that democratic communities have a natural taste for freedom: left to themselves, they will seek it, cherish it, and view any privation of it with regret. But for equality, their passion is ardent, insatiable, incessant, invincible: they call for equality in freedom; and if they cannot obtain that, they still call for equality in slavery." (about democracy as witnessed in the French Revolution, vs. America's constitutional republic, centered and based on natural law).

"Socialism is a new form of slavery."

Alright, and one more, from the Bible:


Like a muddied spring or a polluted well
are the righteous who give way to the wicked.
Proverbs 25:26 NIV 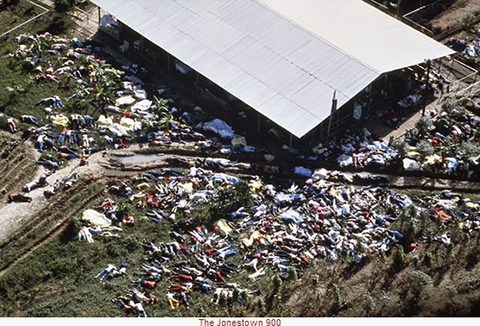