September 24, 2014
Chelsea Schilling at WorldNetDaily.com has written an excellent article revealing the background of Friday's White House fence jumper and his self-alleged motivation. Title: "Fence-jumper: Another victim of 'psych crisis' at Fort Hood?" 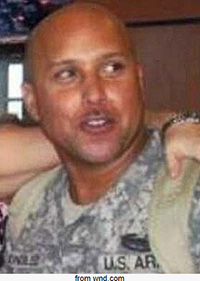 Only five months after a senior neuropsychologist in charge of Fort Hood's outpatient psychiatry clinic revealed to WND a crisis in psychological testing and treatment at the U.S. Army post, a decorated war veteran who sought therapy at the installation is now in federal custody for jumping the White House fence and bursting through the executive mansion doors.

On Sept. 19, Omar J. Gonzalez, a 42-year-old Army veteran who had deployed to Iraq three times and was injured by a homemade bomb, jumped over the north fence, sprinted across the lawn and was stopped only after he entered the White House doors.

Gonzalez has suffered from post-traumatic stress disorder and paranoia and was being treated at Fort Hood, Texas, for a time, according to his former stepson, Jerry S. Murphy.

A psychiatrist at Fort Hood prescribed Gonzalez medications, he said.

An unidentified family member told the Los Angeles Times Gonzalez said he had planned to go to a Veterans Administration hospital to seek treatment after his exit from the military in 2012. The person said Gonzalez had been taking antidepressants and anti-anxiety medication, but he was unsure if Gonzalez had stopped.

"Omar is not some maniac," he said. "He's a veteran who needs help."


Schilling elaborates on a much broader crisis, with an extraordinary claim alleging a vast disconnect by our federal government, now permeated by what Gulag Bound chooses to call NWO in the USA, America's many infusions of the global elitists' cartel collective.


A poll conducted by the Washington Post and the Kaiser Family Foundation found, "More than half [56 percent] of the 2.6 million Americans dispatched to fight the wars in Iraq and Afghanistan struggle with physical or mental health problems stemming from their service, feel disconnected from civilian life and believe the government is failing to meet the needs of this generation's veterans."


As sophisticated as are the Department of Defense (DoD), the now centrally planned and controlled United States Intelligence "Community" (USIC), and the strategists in and behind the Obama administration  all sharing expertise in psychological operations (psyops) at the world's highest rankings  do we really think the people at the very top don't know this is happening with our military personnel?

Considering they are attempting through the Department of "Homeland" (not the traditional American use of "domestic" as distinguished from "foreign") Security, etc., to prop up a nationalized police in America to oppose patriotic veterans among patriots of virtually all kinds, are they attempting to provoke vets to act out against them? Considering the many repeat deployments per troop, usually under defense-crippled conditions, and the impingements upon Christian expression in their support, are they trying to manufacture severely frustrated, psychologically damaged vets?

Would such a set of conditions be applied in the not too distant future to provoke asymmetric civil war, to cull America's popular sovereign away from its willing subjects? Is that why we have the FEMA camps, the recruiting for reeducation specialists, and the many recent federal plans for Constitution-violating power grabs in the name of "continuity of government," during mass, deadly emergencies?

If you think such questions are ludicrous, think about what happens in Marxist and fascist revolutions historically all over the world, and think about the unprecedented measures necessary to accomplish it in America, the great nation in the way.

And read more in Gulag Bound and Noisy Room, scanning down through the articles linked by our categories and tags – along with Chelsea Schilling's examination. 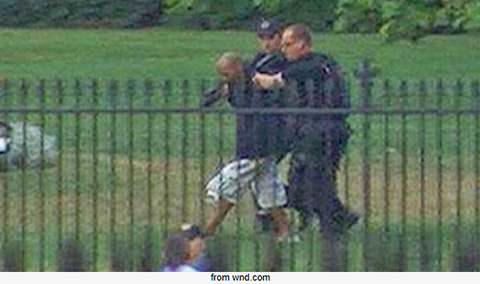