Don Cobb
Past the point of ridiculousness

July 29, 2010
A year or two ago I recall making the comparison of today's political environment to The Truman Show, in which Jim Carrey played a character named Truman who had been the object of a reality show since the day he was born. Cameras everywhere, living on a giant movie set, surrounded by nothing but actors who pretended to be his mom and dad, his friends, even his girlfriend, all who were in on the secret that this was just a TV reality show. Truman was the only person on Earth who didn't know, and all of America watched "The Truman Show" every day. 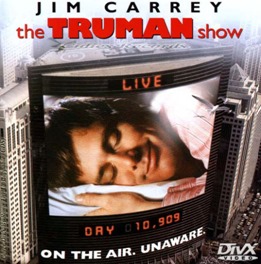 Of course, toward the end of the movie a couple of things went wrong and Truman figured it out. As the producers were panicking and the actors freaking out because they could see that Truman was on to the whole thing, Truman busted his way out of that reality show and landed squarely in Reality.

I made the comparison because we, the people have been jerked around, lied to, distracted intentionally by the mainstream media while bad people have been doing bad things behind the curtain. These bad people have been stealing our money and using it for themselves. They have engaged in a master plan to take over the world and have been successfully playing it out, practicing, if you will, in the USSR and in Europe where they have successfully conned the godless masses into letting these few, rich and bad people manipulate Europe into a Communist community with a new currency called the Euro. No longer independent nations, Italy, Greece, Spain, Poland, all of Europe became under one governance, a Communist governance that is even now crashing and burning.

While the cameras were on Truman everywhere he went, recording every sound and word he made, ala Big Brother of 1984, America's Truman Show is playing out in exactly the same way, only the cameras are not on us. Instead, we stare at the monitors, watching and listening to everything these bad people want us to see and hear as they play out their little plan. They tell us what to think and what to believe. They teach us who to hate and what to be angry about. They do these things using very simple techniques such as repetition. That is, they learned to manipulate Human Beings. Repeating the same lie over and over on several different channels effectively convinces the unwitting and unaware that this lie is true. Propaganda was invented in the United States by our first Progressive/Communist President Wilson. 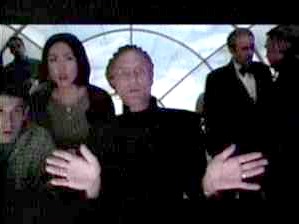 Appealing to our most basic Human emotions, these bad people have been manipulating public opinion for 100 years now in their effort to get Americans to buy into Communism. Of course, that's a tough sell considering what history has shown us about Communism. But these bad people have figured out that they only need to call it something else  Communists are calling themselves "Progressives" this time. At other times in the past they've called themselves "Socialists," "Hippies," "Revolutionaries," but they all stemmed from unrealistic ideology first penned by Karl Marx. The bottom line is that these bad people dangle carrots in front of we, the people, promising to take care of us and that everything will be fair. If we buy into their lies (they are always lies) then we surrender our freedom and rights and liberty to these bad people and they rule us like slaves. It's happened in the USSR, in Communist China, Vietnam, Cuba, and the promises of peace and prosperity always turn into tyranny and oppression...oh, and mass murder and imprisonment without charges and rape and theft and misery and poverty.

So today, the "Hippies" of the 1960's have seized control of the White House, Congress, the mainstream media and our public school system. They have been actively and intentionally brainwashing and propagandizing us for the last 40 years at a level previously unreached. That is, they've turned up the volume and they are 'closing the deal' on us as I type.

The problem, however, is that we (we're Truman  remember?) have suddenly realized what is going on. Despite the mainstream media's ongoing multibillion-dollar effort to fool us and to lull us into a place of false security, the American spirit is not the European spirit, by any stretch of the imagination. Americans are fiercely independent as well as charitable, but we are not the fools that Europeans were, nor are we ignorant like the Russian people were. Enough of us have been paying attention and seeing that things aren't adding up, and we've suddenly realized that this has all been staged, a phony imaginary reality put on by bad people who have been desperately trying to get us to let them take our liberty, our freedom and our rights in exchange for empty promises.

As this article explains in relating The Truman Show to we, the people: "Thus does the movie offer us a metaphor for our own situation. The fake landscape Truman lives in is our own media landscape in which news, politics, advertising and public affairs are increasingly made up of theatrical illusions. Like our media landscape, it is convincing in its realism, with lifelike simulations and story lines, from the high-tech facsimile of a sun that benevolently beams down on Truman to the mock sincerity of the actor he mistakenly believes is his best friend. It is also rewarding and masquerades as something benevolent. And it is seamless  there are almost no flaws that give away the illusion  at least until things start to go wrong.

Truman's fear of leaving this invented world, once he realizes it is a fraud, is similarly like our own reluctance to break our symbiotic relationship with media."

Yes, our Reality is a fraud. The media is a lie factory. Bad people have been busy convincing us that everything is okay while they gradually steal everything we own.

But someone made a mistake and we began to see the truth. We're past the point of ridiculousness now, in this effort to manipulate public opinion. You see, we now know we're being lied to. We've seen the men behind the curtain. We're gotten a peek at their script and we see where this is all leading, and we don't want to play anymore.

This game has gone past the point of ridiculousness. Now it's about to get very, very real. We, the People, are awake at last.