December 12, 2013
"Who will save America?" ask many right-minded Americans. Other Americans are left shaking their heads, asking "Save America from what?", and seem sincerely baffled by the concern. In a nation more divided than any time in history since the First Civil War, Americans are about as confused on this issue as we can be. Some citizens believe the USA is under attack from the inside, and others believe the nation is being saved by the very same individuals. It is as if some Americans have been brainwashed; that is how distinct this divide has become. 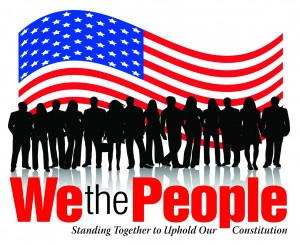 "...from the inside out"?!? What does that mean, you ask? That means it's not an external Enemy, such as Iran, China or North Korea who is destroying us. The destruction is being wielded from inside of America, as in our own government is destroying our Constitutional rights. Our President and our Congressmen and women are working against We the People now, taking away our rights to privacy, freedom of speech, freedom of religion and much, much more, such as our right to Life! They can deem you a "terrorist" and send agents to arrest you, and if you resist they can kill you, without so much as a warrant, a trial or the opportunity to defend yourself. This isn't how America conducts itself. This is how Communists conduct themselves, and always have. And this is how this U.S. government is conducting itself right now. It's unconstitutional. That matters to me. It matters to We the People.

The issues of the day are many, and appear to be obvious to some. Thank God for A New Moral Majority, which has risen up in America. Some of these issues are these: 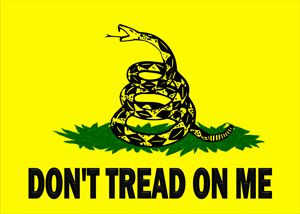 NO ONE IS LOOKING OUT FOR WE THE PEOPLE ANYMORE. Gone are the days when politicians served the people. Corporate interests have clearly taken over the job of running this country, and We the People seem to have become relatively inconsequential in the big picture. It's only logical, when you consider that We the People contribute roughly 4% of all campaign contributions, compared to the 96% donated by Big Corporations. Why would Congress care what we think? We've become inconsequential to their re-election now. Politicians are not afraid of being re-elected anymore, because it's a fact that if you throw enough money into a campaign, you will win the election, and when that doesn't work, there is always voter fraud to fall back on.

Look at Charlie Rangle, for instance. Criminal behavior, caught red handed, re-elected in the next election. It's bizarre and it's wrong. Rarely does the biggest campaign spender lose an election. Even when the largest campaign chest fails to sway the vote, thanks to electronic ballot boxes, the correction can be made through voter fraud. I said "can be." But are such corrections being made?

When you control the ballot box – and the U.S. government controls our ballot box – and when the ballot box is electronic, then (a) you control the outcome of the election, (b) you eliminate the need for asking anyone else to participate in fraud, like they did yesteryear. You can change the votes any way you want to and you can do it remotely and electronically. Is that being done? We know that it is sometimes. Many reports of votes being switched electronically, always in favor of Barack Obama, squeezed into the news through the Communications Arm of the U.S. government (aka the Mainstream Media) in the 2008 and 2012 elections. In my opinion, just one such report is enough. We should reject all electronic ballot boxes immediately and return to hand -written ballots or 'hanging chad' ballots and trust that those counting ballots are being honest. We know that some politicians on both sides of the aisle are dishonest, and we should never leave something as important as ballot counting to the government – ever. Are we that stupid? Well, are we?

ONE PARTY PRETENDING TO BE TWO? Many Americans on both sides of the aisle strongly suspect that both major political parties – the Democrat Party and the Republican Party – are now controlled by the same people: The Federal Reserve/One World Government people who control the world's banks and have manipulated the UN for decades. In fact, it doesn't take a genius to see evidence of this; logic and reason dictate that it's so and when you watch Congress for even a year, then it becomes more obvious that both parties are really one party. The matters which are most important to most Americans, like spending, immigration, border control and taxes, are not being solved by either side. Both the Democrats and the Republicans have had their turn and the opportunity to resolve these issues once and for all, but both have failed to do so. The very things the Left complained about George Bush are being done today by Barack Obama – the same wars, the same unresolved issues – it's all the same and the Left is oddly silent about this now. It might as well be George Bush in office today, because Obama is no different than Bush. Bush put the unconstitutional Patriot Act in place, and Obama has pushed that envelope from sea to shining sea. 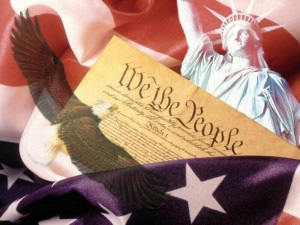 The only real difference between the Dems and the GOP are their logos. Both parties are filthy rich. None of them really serve the people anymore because they are all serving The Powers That Be, whoever that might really be today – the One World Government folks like the Bushes, the Clintons, the Rockefellers and the Rothschilds, the filthy rich bankers who run the Federal Reserve Bank. And if/when both candidates are being backed by the same people, then regardless who wins, control is never lost and truly, it doesn't matter which party wins when both parties work for the same people. Conspiracy theories aside, many Americans are aware that control of the most powerful nation and the most powerful army on Earth is not something that intelligent people are going to leave to chance. No fracking way.

ABOUT YOUR CONSPIRACY THEORY PHOBIA – Call me a "Conspiracy Theorist," I don't care. Virtually every supposed "conspiracy theory" in the past 20 years has turned out to be a real conspiracy, after all. That's because Americans aren't stupid and we aren't crazy, but we are attentive and we are paying attention now like never before. Those too dull (ie "drunk" or "stoned") to even consider whether or not our government has already been hijacked are too dull to engage in intelligent dialogue anyway, so please, call me a "Conspiracy Theorist" and do it right away so I know with whom not to bother discussing these issues. Intelligent people consider everything. Scared people are too afraid to consider anything which might demand their attention and/or (gasp!) might demand they take action.

IS THERE ONE PARTY PRETENDING TO BE TWO? I'm asking the question. This is a brilliant strategy, really, to pit Left-wing Liberals against Conservative Americans. The differences in thinking and beliefs is stark and obvious between Left and Right. Making each other "the enemy" only serves to keep us all busy while those who are really in power take care of their business behind the scenes, and no one is aware that this is even going on. People are too busy hating the other side. In fact, whenever I've suggested that both parties are being run by the same people, many of my Lefty and Righty friends scoff at the idea. Whenever I point out that control of the most powerful army on the planet is not likely to be left up to We, the People to decide who is running it, friends on both sides typically respond the same, with "Really? You believe that?" because they don't believe that. How can you not see, or at least suspect that?

Are a group of people who control the most powerful military machine on Earth really going to leave it up to a bunch of yahoos like you and me to decide if we'll let them control everything after the next election cycle? Really? Would those in control really risk losing control because Billy-Bob Jones and Alice Stokes vote for someone who is not on the One World Government payroll? Would the powers that be even risk such a thing? No. They would put two horses in the game, which guarantees their victory. I've come to call these conspirators the New World Order Party, Democrats and Republicans who support Agenda 21 and the One World Government plan. 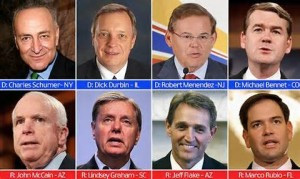 THE U.S. CONSTITUTION IS BEING IGNORED AND TRAMPLED UPON while Washington DC appears to be busy doing all they can to take rights away from us. The U.S. government is flaunting their unconstitutional behavior right in our faces. Barack Obama's own editorial staff stated that he was "Kenyan born" in 2007 when his book was published. No correction was issued. Was it a typo? Really? This is a Constitutional issue and it is being ignored. Congress should have RACED to investigate and resolve this issue as soon as it was presented, and should have done so publicly and quickly. Congress did next to nothing. That makes Congress complicit. *crickets*

The right to free speech – our First Amendment right – is officially gone now, as Left-wing Political Correctness has invented the term "hate speech" and deemed it a crime to say certain things. In 1996 SCOTUS Jusice Kagan weighed in with her opinion that the government can, indeed, restrict free speech. That is not only insane and as clear as day, it's unconstitutional. The First Amendment states clearly that "Congress shall make no law respecting an establishment of religion, or prohibiting the free exercise thereof; or abridging the freedom of speech, or of the press..." It is as clear as day. Justice Kagan's opinion is invalid as well as illegal and unconstitutional .

The right to freedom of religion is gone now, as Left-wing Political Correctness has legalized discrimination against Christians. Even 'hate speech' directed at Christians is legal now. In fact, all across America, Christians are being told what they can preach and what they cannot preach. Muslims can preach hate toward Christians from the pulpit all day every day and are never visited by the law. The Koran calls for killing those deemed "infidels" and Muslim clerics preach violence and "jihad" regularly – in fact, Barack Hussein Obama's pastor preached hate speech against America and agains White people while Obama's family sat and listened for 18 years – but Pastor Wright nor Muslim clerics are censored or told what they cannot preach. It is blatant discrimination to tell a pastor of any religion what they can and cannot preach, and yet where are the Christian attorneys to file lawsuits against this kind of discrimination and censorship? They are nowhere to be found, strangely silent on this matter...and so discrimination and censorship demanded by the Progressive Left continues, and the supposedly Right aren't saying a word about it. Congress is no longer ours IMO. That much is crystal clear.