Don Cobb
Black Caucus? Is there a White Caucus?

November 20, 2010
Charlie Rangel's recent conviction on 11 ethics violations brought to my attention the fact that Rangel was a founding member of the Congressional Black Caucus. I hadn't realized that there were racist groups allowed in the U.S. Congress, but sure enough, there it is. But wait: In all fairness, the fact that Congress allowed the "Black Caucus" in the first place most certainly has to do with different times, times in which black people were fighting for equal civil rights. It's understandable in this American's eyes how the Black Caucus came to be, considering it was created in 1969. The question in my mind is why it still exists today. 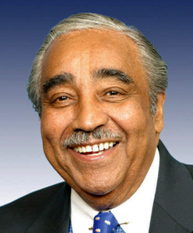 Current laws make racial discrimination illegal. Many of these laws were not in place in 1969 when the Congressional Black Caucus was created, but over the years laws were put into place which leveled the playing field between blacks, whites, Asians, Hispanics and Native Americans. Racism is now against the law. Hallelujah for that, right? Then why do Americans continue to allow it? Guilt? Shame? A lack of collective self-esteem, perhaps? There are many reasons why a person would turn a blind eye to racism, although none of those reasons have anything to do with practicing principles. Quite the contrary, in fact.

Most assuredly this issue points to a complete lack of principles on the part of all Congresspersons, white, black and whatever color they might be. A lack of courage is the most obvious. None of our Congressional representatives have the courage to point out that racism is racism. In fact, none in our Judicial system has that kind of courage either, as Black Chambers of Commerce, Hispanic Chambers of Commerce, the National Association for the Advancement of Colored People are all still in existence today, while no one, white, black, brown or red has the courage to point out that these are all racist organizations. And do we even have to say one word about "La Raza," the most blatantly racist organization of all? Yet, no one says a word.

There is no Congressional White Caucus. Nor is there a White Chamber of Commerce or a National Association for the Advancement of White People. Why not, you might ask? Because those would be considered "racist" organizations, would they not? If white people, rather than Hispanics, created a national organization or non-profit called "The Race," would everyone be okay with that? Yet Hispanics have done it and mum's the word on acismray (pssst: I believe that is Piglatin for "racism" ;-).

White people are not allowed to create organizations designed to support themselves in America. I have to wonder, aside from the obvious (that liberalism is another word for raging codependence that has been mislabled "Political Correctness"), why white, black, Asian or Hispanic Americans allow this racism to continue. After momentary consideration, I guess I can see why black, Asian and Hispanic folks don't complain about this racism. They are the beneficiaries of this kind of blatant racism.

This, of course, is just another example of why America is experiencing such difficulty right now, collectively speaking. Without the courage to be honest and forthcoming, to talk about the truth, to humble ourselves one to another and admit when we are wrong (any organization which defines itself by race is "racist"), to support each other when our rights are trampled (whites, for example, don't have the same rights as blacks, Asians and Hispanics when it comes to public or private organizations — whites cannot create a Congressional White Caucus or a White Chamber of Commerce, yet blacks can — fair? No.). 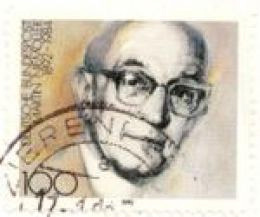 The U.S. government and apparently we, the people have said nothing about white people's rights being taken away, rights all other races have, enjoy and exercise openly in identifying themselves and promoting their own race's causes. If we allow racism to continue in America — and we do today — we can expect racism to get worse. It's that simple.

If we aren't willing to stand up for one another and level the playing field when it comes to racial discrimination, then let's stop pretending that all of that fighting over civil rights did anything but turn the victims into the oppressors and the oppressors into victims.

Ask yourself: Would you support a Congressional White Caucus? Probably not. I wouldn't. Then why have you said nothing about the Congressional Black Caucus or the Congressional Hispanic Caucus? Racists support racism. Think about that, perhaps...and then think about what a principled individual might say or do about this. And then say it and do it.