February 4, 2012
Now that the New Jersey new Anti-bullying Law, the Anti-Bullying Bill of Rights, is in effect (September 1, 2010), many critics say it's too restrictive and too costly. Allowing a young person's life to be ruined by bullying is more costly. It's time the bullies pay and pay big!

The law was enacted in response to the suicide of Tyler Clementi who was only 18 years old and a Freshman at Rutger's University in 2010. His death was prompted when a thoughtless student shamed him by broadcasting a private encounter on the Internet. We lost a brilliant student and a promising musician.

Bullying comes in many forms, and not only in physical beatings. When a person tries to defame another's reputation and negate social contacts, that is bullying too. When people isolate someone because they think they can, that also is bullying. Sen. Diane Allen (R-Burlington) a co-prime sponsor of the act, said. "Every year in New Jersey schools, thousands of children are humiliated, physically assaulted, and emotionally devastated by bullies. Some end up refusing to go to school because they can't handle another day of pain, many carry the scars into adulthood, and a few are pushed to take their own lives. We owe it to the victims and their parents to make this law work."

Many young people who have been the victim of bullying are not dead, but usually end up severely depressed and anxious. Sometimes, the emotional damage of bullying can last a lifetime. Thus, bullying steals a life, one at a time. The target of a bully is usually someone who is perceived to be different in some way either physically, socially, or psychologically. They could be gay, disabled, shy, or troubled in some way. They are thought of as "not cool." In today's technologically savvy world, originally well intentioned social media sites such as Facebook, Myspace, and Twitter can be a bully's playground. They can quickly spread a bad word about someone.

Allen said. "We have to think beyond the bricks and mortar of a school when addressing this problem."

Bullies grow up and often become adult bullies. They try to rule the workplace and take power and control. The law should encompass this type of behavior as well.

All people who have ever been bullied, whether physically, socially, or psychologically, know this. Before this law, it was hard to get help from many school officials who found it easier to look away. Now, school and college officials will have to work extra hard to protect the innocent from these horrible people taking advantage of anyone they see as weak and vulnerable. If they don't want the extra work, then they should quit the profession and let unemployed professionals take their jobs. Many would gladly do so.

As for the extra cost involved, make cuts elsewhere. Let parents of high school children pay for extra curriculum school activities and sports if they afford it. The time has come for sacrifice for the benefit of all students, not just the athletically gifted and talented.

Bullying comes in many forms from hitting someone to ruining someone's reputation. Some bullies grow up and make life impossible on a job or refuse to give someone a job who deserves it. The Internet serves as a tool for many bullies. Clearly, all bullies must be stopped!

New Jersey has been known for many bad things such as corruption and bad drivers. Now is the chance for New Jersey to shine by leading the way to stop bullies once and for all! This could be the start of a new trend for The Garden State to actually look good to the world!

Now, I want to tell about a story of extreme bullying that has come to my attention. The young man who is the victim is not dead, but suffers from extreme mental anguish, including bouts of anxiety and depression,

It all started many years ago when he was in middle school. He was then the victim of hitting, and one day a group of boys were told to beat him up and steal his bicycle and money. His mother called the police, and both the leader of the group and his mother vowed a vendetta against him. He got others to bully him both physically and verbally.

When he was in high school, a rumor started about him stalking a girl, who in fact, was pursuing him with constant phone calls. He believes today, after careful thought and analysis that this girl's boyfriend conspired with the original bully to start this rumor because he didn't like the attention that his girlfriend was giving to this young man. He even told a teacher about it, and convinced her that it was true.

Another friend of the main bully started to discredit him in the community and at Community College, where he campaigned to ruin friendships and working relationships on school projects by saying that the young man was "retarded," "not popular." and that "girls especially didn't like him." The young man was so distraught by all of this that he put a lawsuit against this person, but didn't follow through at that time with the summons.

He thought that attending a major university would give him another chance to redeem his life and make new friends. He was successful in his endeavor to a point. Although he made many friends and enjoyed his life for the first time being invited to many parties, ballgames, and other events. He even became an elected official of the university. However, that was all to come to an end.

He encountered another student there who identified as a Nazi and member of the Klu Klux Klan, and didn't like him. At first, he insulted him with comments about his Jewish faith and said that "Hitler didn't finish the job," and " We need a final solution. He also said that "The Jews control all the money and are ruining the economy." and that "The World Trade Center went down because of the Jews."

Ironically, three students who didn't like him from his high school surfaced at the university, including the same student who ruined his reputation at the

Community College. Another student was a member of a sorority, and the third was a member of the university baseball team. Although these students were Jewish ( and probably descendants of the Holocaust), they chose to conspire with a Nazi to further discredit the young man because they found someone with a loud voice with venom. They told him that he was dumb and "retarded," and this became the next leg of his campaign to discredit him. They also spread rumors that he was "unpopular," and that girls didn't like him because he was a "stalker." Thus, the student who was a Nazi used the antisemitic comments to turn the non Jewish students against him, and the comments about his lack of intelligence and stalking behavior to turn the rest of the students against him, which followed him into the alumni network.

Another member of the community who also attended community college was also spreading hatred to others, and destroyed many friendships for over 10 years. It is possible that this person was also influenced by others to mimic what they were saying

After graduation, things began to fall apart when friends started acting cold and distant, starting with friends who were girls. People were not extending invitations, making plans, not accepting his calls, and even hanging up. At alumni events, people were often openly hostile. The sorority girl graduated with the young man, and he believes that she boosted her campaign against him more because after she received her diploma, she was not afraid of reprisals from the university.

These actions have lead to the corruption of most of his university alumni network, which was supposed to be a lifelong benefit of attending an expensive university at a cost of over $30,000 per year. This meant not only lost relationships, but also lost opportunities for referrals for employment and business. He even experienced extreme humiliation by being thrown out of a bar because the female bartender, who had also was a student and a sorority member at the university stated that he was "following" her, although he had no idea that she worked there and had no interaction with her for three years. He was also thrown out of a dorm suite by a member of the baseball team when he went back to visit as an alumni at the invitation of a current student.

Clearly, the rules at colleges and university have to be strengthened as well as those for grades K through 12. Parents don't want to send their children to a school or an institution of higher education to have them killed or emotionally destroyed. Young people are not police or lawyers, and often don't know what recourse to take in a bullying situation. It's time that a mandatory course in law enforcement was presented to all students repeatedly so that they can protect themselves against these tyrants that roam among us, free to destroy young lives.

Let's arm our young people to fight back with the full force of the law! Schools, colleges, and universities must deal with bullies by expelling them because they are a danger to others. However, sometimes the bullying is less obvious, especially when "passive" bullies hide behind more obvious ones in a conspiracy to destroy someone. In fact, these "hidden" bullies are very dangerous and also must be punished severely once their criminal behavior is revealed by putting pressure on the obvious bullies to name others involved that often result in social annihilation, severe mental anguish, and even death for many of our most promising young people, including Tyler Clementi.

The case that I detailed above is now being reviewed by the criminal court in New Jersey, and there may be an update soon. This can be a landmark case that will serve to stop the bullies in their tracks! 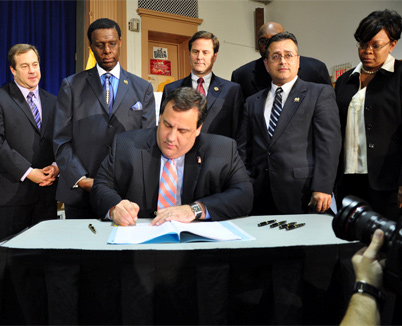