Barbara Kralis
We, The People 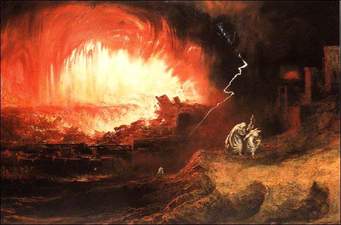 Not much to celebrate after all, is there.

On June 26, 2015, five dictatorial justices of the Supreme Court of the United States [SCOTUS] decided to overturn our nation's constitutional laws of governance by forcing our 50 states to accept and implement sodomite marriage.

Since the recent infamous day of June 26, 2015, we see overwhelming confusion coming from the liberal media's support of the sodomy decision. If one was not properly keeping up with and studying the ever-changing events of our nation, ignorant people might wrongly think the SCOTUS decision was a good decision. Christians have to duty to teach the ignorant the Truth. In the Catholic Church, it is called a 'Spiritual Work of Mercy.'

Justice Scalia's dissent is most important to read. In his short and inspiring dissent, Justice Scalia explains the importance of The People's rights and duty to impeach federal justices who are acting unconstitutionally and who are impoverished in their thinking.

U.S. senator and presidential hopeful Ted Cruz, who worked as a law clerk for Chief Justice William Rehnquist in l996, reiterated Scalia's words on FOX NEWS recently. Senator Cruz told Sean Hannity's audience on June 29th that according to the U.S. Constitution, 'We, The People' [that's you and me] possess the right and duty to impeach/remove misbehaving federal justices of the Supreme Court through Congressional impeachment, and it is an important part of our U.S. constitutional 'checks and balances and self-rule.'

You and I, since we are 'We, The People,' must help others understand how important it is to defend our democracy and Constitution. And, currently there is no way better to do this than to actually read Justice Scalia's short but glorious dissent and then clearly explain to those who are likely very confused by all of the media attacks against Justice Scalia's dissent why the SCOTUS July 26, 2015, decision is unconstitutional and against democracy.

The media is reporting that most Americans support the SCOTUS' sodomy decision. The media is wrong. Most Americans do not support it. It was the decision of 5 pro-sodomy Justices to impose judicial dictatorship to undermine and overthrow our Constitution and the state's right for liberty against oppression.