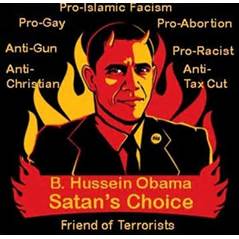 DENVER 4/3/16 – the public schools have eliminated all references to God and even Christian Clubs are not welcome on public school property. Nor is any kind of Christian literature. Christmas Carols are now forbidden in the schools because they mention God and Jesus.

However, Colorado public schools have just OK'd the distribution of satanic books and pamphlets on school campuses. It is telling to note that it is the atheists who are working as Satan's servants who have been pressing this issue.

Atheists have long demonstrated their hatred for Christians and their churches, proving that they are indeed the foot soldiers of Satan. Read that again. This affirmed connection answers this question once and for all about atheists who make up the Communist Party. They and Satan are the same. Now a constant satanic presence will be present on the campuses to encourage young people to be free to live and exhibit a defiant and immoral lifestyle.

This is a dramatic illustration of the filth of Obama who was placed in the Oval Office to achieve just this, the demoralizing and perversion of our country which in turn brings weakness since a moral civilization, with God as the head, stands strong and cannot easily be conquered. This is what has prompted the fierce war against God.

And this is precisely why this was so important to Satan himself, to have Obama forced into office by Communist Party USA, with voting machines paid for and placed by George Soros that were rigged to guide all votes to Obama, to give the false illusion that America voted him in.

The force behind distributing satanic books to public school students on school campuses is the Freedom from Religion Foundation (FFRF), based in Madison, Wisconsin, which ironically, was founded and headed by Dan Barker who is a former Pentecostal preacher. Take time out to scratch heads.

At this very same time, the Obama Administration pushed an LGBTQ Acceptance Week in the Windemere Ranch Middle School District in San Ramon, California for the week of April 11th.

This "acceptance week," includes the showing of films with gay weddings, with same-sex couples passionately kissing one another and another showing a transgender student who actually was voted in as a 'homecoming queen." That particular clip has a section pushing crowd funding for the purpose of the sexually confused boy being able to have the "sex reassignment surgery." Talk about indoctrination propaganda! And remember, this is for middle school-age students and paid for by our tax money.

Angry parents have attempted to push back, with 500 signatures – as of Friday – on a petition from them demanding that the madness stop. However, Principal Dave Bolin, belched out that his program was, 'seeing a need that needed fulfilled.' Yep, that explains it all.

The petition filed, states that this LGBTQ Acceptance Week "appears to indoctrinate our children, undermine parental guidance and humiliate those with religious, cultural and personal convictions not in agreement or acceptance with the promotional campaign."

What is exasperating is the number of parents including little old ladies who have hopped into the discussion to push for the 'rights of LGBTQ people.' "Why they are such sweet people!"they say.

Even these robotic actions from everyday people absolutely appear to be programmed. And that includes our legislators who refuse to take the appropriate action of removing Obama from office and charging him with derelict of duty and treason.

The Bible shows that during these last days, that is right now, Satan will seemingly have more power as evil is unleashed to see evil deeds committed for no reason other than to do evil. This is the devil's last stand. The Bible tells us where the problem originates: "spiritual wickedness in high places," and America's downfall is engineered from the highest place on earth, The Oval Office. Eph. 6:12.

Is There a Solution? Yes! We must now begin to have every church start a Christian School on their property. It is not that difficult to do even though a lot of time would be needed to accomplish this. In this junction in history, there could not be a better use of time. Pastors, please take note.