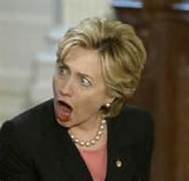 The day before the election, along with hundreds of pastors and lay Christians, I prayed fervently before dawn and continued on election day. Like Abraham, I was beseeching God to not destroy America for the sins of those who have been taken over by Satan, but to consider the righteous and spare our country by not putting us under the rule of Hillary Clinton.

God's Hand had to be in this election. The placement of Hillary was so much a done deal that Newsweek published an edition with the photo of Hillary on the cover, with the caption, Madam President. This was revealed by an employee of a bookstore who had opened the package and saw it, which arrived two days BEFORE the election. So it was distributed in advance.

Thanks to advisories, authorities cracked down and found rigged voting machines in 2 states that flipped all Republican votes to Democrat votes. Gov. Jerry Brown of California told illegal aliens that they could indeed vote, Democrat Governor Terry McAuliffe of Virginia, suddenly pardoned 60.000 convicted felons and allowed them to vote for Hillary.

Then Obama announced that those undocumented people in America are considered citizens and for them to vote, assuring them that there would be no consequences nor threat of deportation. Here is that story and video: http://www.infowars.com/video-president-obama-encourages-illegal-immigrants-to-vote/

Then to make certain that Hillary won the debates, the questions to be asked were sneaked to her by both NBC and by an employee of CNN so that she had ample time to prepare her 'professional' and smoothly delivered answers. The greatest skills were employed to guarantee that she would come out as the favorite candidate. This was the most corrupt election in history.

HOWEVER: God heard all our prayers, Trump surprisingly brought out millions of voters, many of whom had been harassed for supporting him,so they kept quiet until election day, then came out of the shadows in droves to vote, causing Donald Trump to win an election so unexpectedly that it stunned the world.

I believe that God, Who heard the millions of prayers storming heaven, is giving us one more chance as a nation to repent and return to God, which in turn will return us to greatness. But that will not be done without difficulty. As this column warned before the election, if Hillary would win, there would be a civil war, and if Trump won, the Communists would try and start a revolution.

After Trump was named, riots broke out in Oakland the next day with glass windows being broken, looting, blocking freeways, burning cars, causing chaos, burning American flags, and waving Mexican flags. This anarchy "spontaneously" broke out all over the nation.

Yes, as predicted, the Communists organized it and let it be known by spray-painted graffiti outside Wells Fargo Bank in downtown Oakland at 12th Street. That sign, and others around the country stated: "FULL COMMUNISM." There is their message loud and clear. But the message of God is stronger.

Our country will rise again, but remember, God miraculously put His Hand on an impossible situation, breaking apart all plans to officially hand our country over to the One World Order under Communist dictatorship, which was thwarted.

Let's not forget the covenant we made with God to not destroy our country, which means living for Him and with His guidelines as provided in His Word, The Bible. Our job is to pray earnestly for the safety of President Elect Donald Trump. I have seen some of the many death threats he has already received. We can put a prayer hedge around him.

The One World Order Communists know that the swamp they all live in, especially in Washington, D.C. is about to be drained. America WILL be great again.