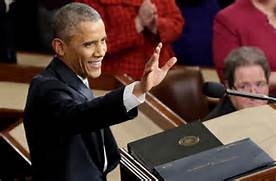 CHICAGO 1/11/16 – Last night Obama gave an eternal farewell (?) speech letting us all know how much he accomplished during his reign and indicated how we will miss him. This prompted Boston Herald Journalist Howie Carr to write: "How can we miss him when he won't go away?" Mr. Carr went on to marvel that Obama didn't throw out his shoulder from patting himself on the back. My kind of writer.

Obama's endless self congratulatory speech brought cheers from his leftist audience along with standing ovations for practically every sentence he uttered. His comments were freely delivered, not bound by the chains of accuracy. In this rare case,Obama was transparent. Every one, including his Communist backers, could see right through him. 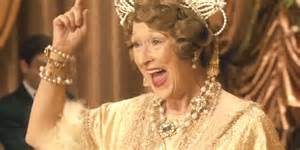 Mr. Carr concluded his piece by asking, "By the way, is the speech over yet?" We have the uneasy feeling that it is not.

The Obama speech treat came on the high heels of Meryl Streeps' Golden Globes award recognition acceptance formality, which needs to be put in verse: We called upon the Milestones Poetry Department talents (?):

Meryl Streep,
Thinks she's neat,
And the adviser to the USA.

She is the Queen
Of The Silver Screen,
Whose words are wisdom? Nay!

She used her time
To thump Trump,
Over issues she knew nothing about.

But Trump is accustomed
To such foolish attacks,
And didn't waste time to pout.

She pretends to be someone else,
That's what she's paid to do.
But advising on national affairs,
Is plainly stupid to do.

She's an actress, that's all,
With no scholarly zing.
Like her Florence Jenkins character,
who actually thought she could sing.

Her film persona hit wrong notes,
Even in Carnegie Hall.
But she thought she was gifted,
Like Streep who chose Trump to maul.

Hollywood stars are hugely paid,
To pretend to be somebody else.
With movies geared to manipulate minds,
While hiding integrity on shelves.

There was a time in the good old days,
When performers would entertain.
But nowadays, that's not so.
Instead they've become a pain.

Perhaps instead of paying to see a propaganda movie it would be more beneficial to read a book.