Rev. Austin Miles
Victory for readers who stood up for animals !!

November 20, 2019
The greatness of a nation and its moral progress can be judged by the way its animals are treated. Mahatma Gandhi

It is no secret that this minister-writer loves animals and will do everything possible to protect them. In my column I made it clear that anyone who hurts or abuses an animal in any way should be arrested for a felony and jailed. I asked readers to contact their representatives to ask that this law be crafted and passed. Readers did, representatives responded and that law is being passed and already acted upon.

Sally is an eight-month old puppy with beautiful eyes. She was taken to the ASPCA (American Society for the Protection of Animals) with a badly injured leg. The woman claimed that she had fallen down the stairs. ASPCA rightfully contacted law enforcement who investigated and found video footage of how Sally was injured by a man, even though we do not know what relationship he had with the woman. In any case they knew each other.

The man had lifted Sally up and slammed her to the ground from the top of the stairs. Sally tried to flee but was unable to walk. On top of severe pain, she was frightened for her life. According to the ASPCA, the damage to her leg was so severe, their veterinarian team made the difficult decision to amputate it to prevent further pain. All of this deliberate man-caused suffering of a little puppy who had done nothing wrong.

ASPCA helped Sally recover, working with law enforcement, providing forensic evidence and legal advocacy support to ensure justice was served. Now the best part of all, something this writer has been pushing for. Sally's cruel abuser was arrested, pled guilty to felony aggravated cruelty and was sentenced to a year in jail. At last, justice for animals!

Animal abusers MUST be brought to justice. They have harmed a living, breathing creature who feels pain, anxiety, fear, and yes, love, the same as we do. God created the animals, and to deliberately harm one is an offense to God. And this columnist would not want to be in the shoes of one who commits this offense toward our Creator.

Let us be ever vigilant to immediately call law enforcement when we see an animal being mistreated. Even if it is neighborhood boys on bikes who are hurting ducks by throwing small concrete blocks on their backs while they are peacefully floating on the water near the shore, which of course hurts them. In this case, that just happened in a neighborhood in Idaho, the parents should be cited too. It is up to them to teach their kids to be mindful and kind to all creatures. God says that we are to "tend the garden," He was referring to the Garden of Eden where life began which is now much larger. We have a responsibility to take care of our environment.

When my grandsons were little and saw the cat in our home, one pulled the cat's tail. I said, "No, NO, that will hurt the kitty. Now give me your hand." As we gently stroked the back of the cat I said, "now listen...if you listen carefully you will hear his motor running." This fascinated them. That began their understanding of animals. Another time we were walking in a park when they spotted a big caterpillar on the walk. One started to put his foot up to stomp on it. Again they heard the word, "NO." Then, "why would you want to squash that caterpillar?" He said, "I dunno." Look how beautiful he is, look at the colors. God gave us these things to enjoy."

Throughout their lives they were always, yes always, kind to all creatures. They also grew up to be gentlemen. Absolutely do not allow your children to be cruel to living creatures. And readers, please contact your representatives to ask them to craft a law in their area to make it a felony to harm an animal meaning arrest and jail time. 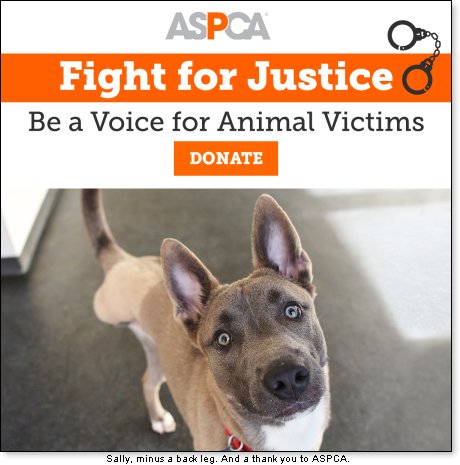 Rev. Austin Miles' popular book, God and Animals-What The Bible says about Animals and Heaven-You'll never see an animal the same way again after reading this. The cover shows an exquisite painting by Radio Host Bob Boyd showing Jesus kneeling down and caressing a big dog.