Rev. Mark H. Creech
A day to weep for joy

August 3, 2011
I am still experiencing sporadic moments of jubilation and tears of joy concerning the 'Woman's Right to Know Act' becoming law in North Carolina. Governor Beverly Perdue had deemed the bill "extreme" and "repugnant," stamping on it in big bold red letters the word, "VETO." But last week seventy-two lawmakers in the North Carolina House and twenty nine in the Senate — a three fifths margin in both chambers — disagreed and overrode her objections. 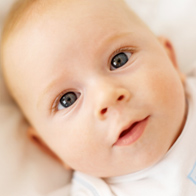 The 'Woman's Right to Know Act' simply requires a woman be presented with a number of possible choices, rather than leaving her with the misconception that she only has one choice — the choice of an abortion. This is all too often exactly what happens when a woman seeks to end her pregnancy today. In many cases, when entering an abortion clinic, she doesn't even get to know her doctor's name. She rarely knows anything about the medical dangers associated with the procedure, including psychological and emotional risks. She isn't made aware of the financial and practical supports available if she chooses to have her baby. She isn't offered an opportunity to view an ultrasound and hear the heartbeat of her unborn child. More times than ought to be, she's mortified, frightened, and just in a rush to get rid of her perceived problem. And, for a few hundred dollars the abortionist's knife is more than ready to accommodate — no questions asked. But this measure, admittedly, slows the process of any haste down, requiring she wait at least twenty-four hours while being availed of comprehensive information regarding all the alternatives, before she places her feet in the stirrups.

In other states where similar laws have been enacted, the abortion rate has dropped. In North Carolina, it is estimated that the enactment of this bill will save approximately 3000 unborn lives annually. The outcome is clear: This legislation makes abortion safer and rarer — something you would think pro-choice advocates would applaud. Nevertheless, they don't. Instead, when this bill was debated on the House and Senate floors, the rhetoric by pro-choice proponents was outrageously hyperbolic. Every exaggeration about humiliating women, taking away their personal freedoms, interfering between the doctor/patient relationship, to exacerbating the problems of poverty and just plain disbelief that women are not well-informed when seeking an abortion, were levied against the proposed law.

Rep. Deborah Ross (D-Wake) argued, "Anybody who votes for this bill is committing malpractice...This bill is all about attacking doctors."

Rep. Rick Glazier (D-Cumberland) said, "You fear a government imposed healthcare system, why? This bill has created one far more intrusive than anything being proposed in Washington...The scourge of poverty will be accelerated, the freedom of women restricted and all the liberties of human beings in this state less secure than when we woke up this morning."

Rep. Frank McGuirt (D-Union) passionately argued, "George Orwell was right, 1984 is here...This is big brother bashing his way into the OR..."

Sen. Bill Purcell (D-Scotland) said that he feared the legislation would take us back to the days of back alley abortions.

Sen. Eric Mansfield (D-Cumberland), who professes to be pro-life, argued, "People came to the General Assembly and said they had multiple abortions...One lady said she had five, another lady said she had three...To lead us to believe that this person got out of a car and went into a facility...and no one...told them...the complications or risks of that procedure, I just don't believe that happens in North Carolina."

But out of all the voices against the 'Woman's Right to Know Act' there was one voice in favor of it that waxed most eloquent — one voice that got to the heart of the matter. In my estimation, his words were most succinct, profound, and were not just recorded here, but also in heaven.

After much of the House debate had already occurred, Rep. John Blust (R-Guilford) seemed to reluctantly rise to speak. Perhaps for strategic political reasons, no other lawmaker at this point, except for the bill's primary sponsor, Rep. Ruth Samuelson (R-Mecklenburg), had spoken in favor of the veto override. But Blust apparently couldn't keep his silence any longer. Therefore, after being recognized by the House Speaker, he made these impromptu remarks:

"Thank you, Mr. Speaker and members of the House.

When I came in here I wasn't planning on saying anything on this motion. But I really don't want to sit here and have the House of the people hear debate so on one side verses another of this issue and most of it, if we get to the crux, is trying to take the moral high ground on one side when I think the opposite is true.

I am not going to try and refute everything that has been said in support of the Governor's veto — so much of which was not correct. But I will say this: the bill does not affect the choice of the pregnant woman. It doesn't do that at all. We can argue whether there should be a choice or not — the bill does not go to that basic argument over the abortion issue. The bill just says that you ought to take some time and be sure to know certain things.

I'm speaking to this mainly because of an experience I have had. I have been involved in an unplanned pregnancy. And, I have seen the ultrasound. I knew — I knew! — when I saw it that this was a life! This was my daughter. This was Barbara. It wasn't a blob of cells. It wasn't a thing. This was my little baby in the womb. I've heard over the years so many times the mantra of the minority party that we will be judged as a society on how we treat our most vulnerable. I ask you, what is possibly more vulnerable than a baby human being in her mother's womb? And, had that — using the euphemisms that give us comfort to keep us from thinking about what's really happening — had that pregnancy been terminated — that would not have been just a medical procedure — that would have been the destruction of Barbara Blust! There is no way to get around that and of all the speakers today on this issue I don't think even Representative Glazier acknowledged that there is another life involved.

We're just saying — the proponents of this bill — there are two lives involved. When you think about that other one — who speaks for her interest? (a reference to an fetus like his own daughter) We've been talking about women since Roe v. Wade. This isn't just a small little thing that sometimes people go in for medical procedures — folks there have been 50 million souls destroyed. Does that not bother you at all?

I remember the Clintons said abortion should be safe, legal and rare. Why rare? Isn't the fact that we want it rare some acknowledgement that there is a moral question involved? This bill is just saying take your time a little bit and think about that.

This has been something that has bothered me because when Barbara was born she was five pounds and six ounces — a tiny little thing. She was actually induced to come a little early. She was shrinking in the last week or so. So we needed to bring her early. Because she was so tiny and had shrunk, her mother became a food Nazi. I say that jokingly. We fed her all that we could and many-a- time I have had this little bitty thing — even after they are born they are so vulnerable and innocent — I have so many times held her right here (cradling his arms) and fed her and watched her with wonderment and I have thought about, I'm sorry, all the children — the tiny vulnerable babies just like Barbara who didn't even get this far and were destroyed. And I think, shouldn't I be doing even more? 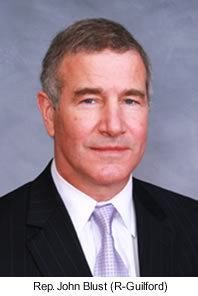 I mean, this bill does not even go to the abortion issue stopping it. This is a small thing to ask someone to do, who is given custody of such a precious commodity to just take a little time and see something that does give you information. It does tell you a lot to see it. I think that's what some of the opposition is. They're afraid of what women might do when they see the evidence — see a piece of evidence and they don't want that (referring to an abortion).

But I'll tell you this, in closing, if there is one thing that I have learned it's that a life is a miracle. It has been something to see little Barbara grow and to think she came from nothing — and here is a little human life with all the possibilities before it. It really is that life is a miracle. It's a miracle. It's a blessing. And it deserves, at least, a modicum of protection of some kind from the state! Otherwise, why do we even have governments, if they don't do something to protect the most vulnerable of lives."

During my twelve years of lobbying activity for the Christian Action League, I have never heard a speech given by any legislator so passionately or so aptly spoken. His speech moved me deeply, as it did many others who listened intently from the gallery. And I think the beauty of it — was that for those who had "ears to hear" — the very voice of God was in his words.

Yes, I can't help from getting emotional every time I pause and reflect on what happened last week — those two incredible moments when good and evil clashed on the House and Senate floors over a genuine proposal that was about women's health — and when at least a better chance at life was afforded many of the unborn citizens of this state.

And may God hasten the day — when those little innocent ones — although still housed within their mother's womb, will have all the same rights and privileges as each of us — "the right to life, liberty, and the pursuit of happiness."

Now that will be a day to weep for joy!!!