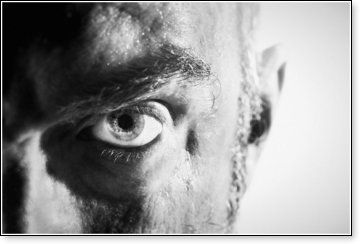 I admit it. I am a hater. Numerous people have tried to saddle me and other conservative evangelicals with that label over the years. They are right. I am a hater, but not as they think me to be.

I hate even as the Psalmist said that he did. "Through thy precepts I get understanding: therefore I hate every false way" (Ps. 119:104). Charles Spurgeon said of this verse of Scripture:

"[B]ecause of the divine precepts, he [the Psalmist] detested sin and falsehood. Every sin is a falsehood; we commit sin because we believe a lie, and in the end the flattering evil turns a liar to us and we find ourselves betrayed. True hearts are not indifferent about falsehood, they grow warm in indignation; as they love the truth, so they hate the lie. Saints have a universal horror of all that is untrue, they tolerate no falsehood or folly, they set their faces against all error of doctrine and wickedness of life. It is well to be a good hater...A hater of no living being, but a hater of 'every false way.' The way of self-will, of self-righteousness, of worldliness, of pride, of unbelief, of hypocrisy, – these are all false ways, and therefore not only to be shunned, but to be abhorred."

Hate can sometimes be the flip-side of love. If one truly loves God passionately, he will also passionately hate what God hates. Hate in this form can be a powerful force for good.

Steam locomotives may sound antiquated and ineffectual in today's economy, but few people know that the old steam locomotives were more powerful than three modern diesel locomotives. The heart of their power, of course, is steam.

Steam, as I have learned, is water turned to gas. Steam is that clear vapor which exists between the visible mist that we can see and the hot water. When water is heated to 212 degrees Fahrenheit, steam builds to take up a lot more space that it's liquid state. This expansion is harnessed by the locomotive to give it the incredible pulling power of two dozen or more railcars up and over rugged terrains like that of the Blue Ridge Mountains, and the vast plains and deserts of America. It is a remarkably powerful force.

Just as steam gives power to a great locomotive, hatred for sin and falsehood, produce remarkable power to a follower of Christ. But, unfortunately, such an assertion is most often quickly dismissed as a relic of old-fashioned religion, with no place in today's spiritual economy. Nevertheless, the truth is the more we boil for the Lord, the greater the force we are for his service.

Lovers of truth begat haters of falsehood. They aren't indifferent to obvious ungodliness because each infraction of God's law is an attack upon their Lord, their Savior, their Great Benefactor – the One whose statutes set loving parameters of safety for them and everyone else. And it matters not to those who walk with the Lord that others rush down the broad road of destruction, except that they might convince them to leave the path of error and sin.

Still, there is this pervasive notion in our time that says you cannot criticize something that another person does without condemning the individual. To fault a person's belief system is to be a hater of that person. If you fault the falsehood of atheism, then you hate the atheist. If you criticize someone LGBTQ, then you hate that person and the entire LGBTQ community. If you oppose the entrenched principles and practices behind certain forms of public assistance, then you hate the poor. If you question the practice of abortion, then you've joined the war on women. If you warn people about the evils of Islam, then you are a hateful religious bigot.

This is foolishness to the nth degree. It's as if the two can't be separated when they most certainly can.

Jesus made the distinction. Jesus was the most confrontational person in the history of the world, often rebuking his disciples, blasting the religious leaders of his day, and even speaking to the masses in such strong words that the people marveled at his teaching. On one occasion Jesus was so scathingly harsh, he threw over the money tables of the Jewish money changers in the Temple, accusing them of turning God-the-Father's house into a "den of thieves."

Does anyone question that Jesus loved these people or that he loved sinners? He loved them so much he went to the Cross to atone for their sins that they might be saved. Yet he would not accept their sinful lifestyles and beliefs. Instead, he hated the sins they committed and was filled with righteous indignation for their false ways and insisted on repentance toward God.

You might even say that Jesus was a hater. He loved the precepts of God's Word so deeply that he hated every false way. No one hated sin like Jesus, and no one made a greater mark for good on the whole world.

William Cowper sums the matter up beautifully. He writes:

Yes, I admit it. I am a hater. And may God give me the grace to hate every false way.